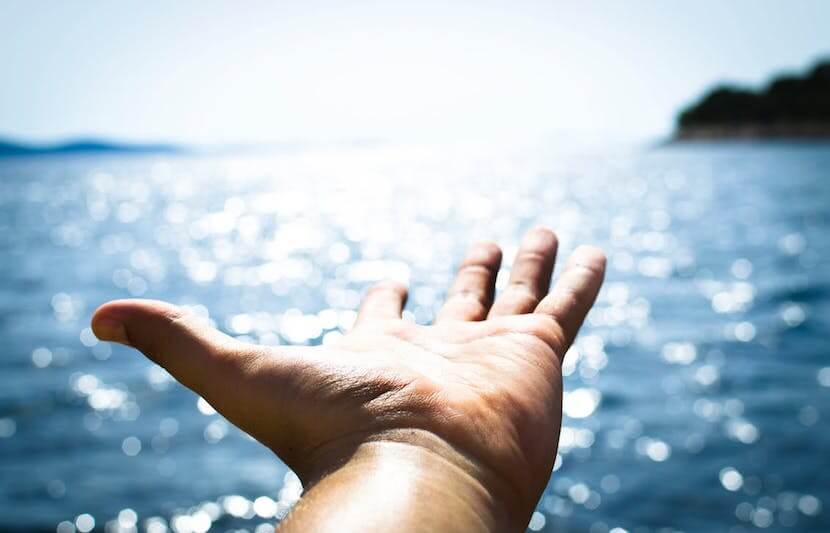 Transitioning to ocean-based renewable energy sources has a high potential for slowing down climate change and its impacts, a new study published in Frontiers shows.

The world is already seeing the effects of climate change — from more damaging hurricanes to megafires — that take a toll on human health. And even if the Paris Agreement goal of limiting global warming to 1.5 to 2 degrees Celsius is successfully met, the earth will still be severely impacted.

Most of the current solutions to limiting carbon emissions are land-based, but there are many ways oceans can be used to help slow down global warming.

In the fight to limit carbon emissions, the world must take advantage of every solution possible.

To find the best solutions, a group of researchers evaluated the feasibility of 13 ocean-based measures to reduce C02 in the atmosphere.

“The ocean already removes around 25% of anthropogenic CO2 emissions — and could remove and store much more,” Jean-Pierre Gattuso, a researcher from the Centre National de la Recherche Scientifique (CNRS), France, said in a statement.

“However, little guidance is currently available on which ocean-based interventions will work best to reduce the scale and impacts of climate change,” he continued.

Instead, scientists have been primarily focused on land-based solutions.

This is mainly because the ocean is perceived as a harsh environment that is costly and difficult to work with, explained Gattuso.

“That is true in the open ocean but less so in the coastal ocean,” he said. “However, the considerable benefits of solutions such as marine renewable energy, marine vegetation, and protection far surpass any difficulty in their implementation.”

The researchers were motivated to assess all potential ocean-based solutions, including controversial ideas, so that policymakers fully understand what the benefits and risks of each measure are, Gattuso said.

The researchers weighed the ability of each solution to reduce ocean warming, ocean acidification and sea-level rise with its technological readiness, governability, cost-effectiveness, benefits and drawbacks.

The team also considered the ability of each solution to reduce impacts of global warming on warm-water coral reefs, mangroves and salt marshes, Arctic habitats and seagrass beds.

Additionally, the researchers considered impacts on important ecosystem services, such as fisheries, aquaculture and coastal protection.

After evaluating all 13 solutions, the researchers determined that ocean-based renewable energy has the highest potential for immediate help.

“Not only do offshore wind farms, wave energy and other ocean renewables have a very large potential to reduce carbon emissions, but they are also cost-effective and ready to be implemented at a large-scale,” Alexandre Magnan, a researcher in France’s Institute for Sustainable Development and International Relations and co-author of the study, said in a statement.

The researchers concluded that efforts to reduce ocean acidification and sea-level rise can be made on a local scale.

Some of the solutions have a high potential to limit CO2 in the atmosphere, but are not as feasible.

For example, adding alkaline metals to the ocean could consume CO2 and neutralize ocean acidity, but mining and distributing a large amount of alkaline metals could be damaging to the environment.

Another considered solution was to fertilize the ocean with iron to increase the amount of phytoplankton that can remove CO2. But the researchers determined that this idea would be hard to implement and govern.

They also evaluated the idea of adding foam to the ocean’s surface to improve the reflection of solar radiation, but eventually the foam would drift out of place. And they claim that it could have a dramatic impact on plants and animals.

There is no time to wait.

To achieve the goals set in the Paris Agreement, the world must be ready to take the most effective approaches to slowing down climate change.

“Both the marine policy and science communities need to recognize the uncertainties and limitations of currently available climate and ocean management options and support the immediate development of the most promising ones, such as renewable energy and local actions that can be scaled up immediately,” said Gattuso.

The evidence is clear that ocean-based measures could significantly help slow down the effects of climate change, but it can’t stop there.

“The potential for ocean-based options to address climate change and its impacts is very high and depends on societies’ ability, from local to international levels, to decide about the right combination of measures,” Magnan said in a statement.