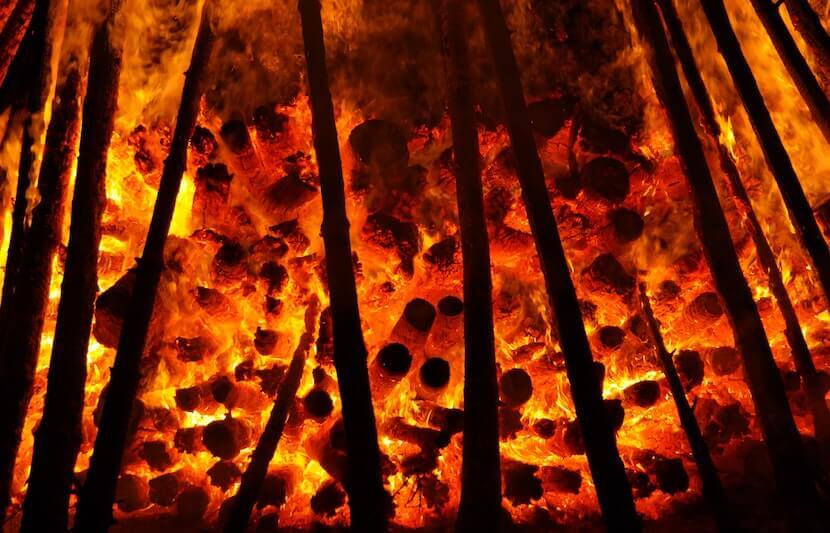 Record-setting wildfires have stormed through and torched an unusually high number of regions, including the Arctic Circle.

Overall, 2018 is on pace to be the fourth-warmest year ever.

This July, Death Valley set the record for the hottest month ever measured on earth. It reached 120 degrees Fahrenheit in Chino, California, and the Mendocino fire complex, which is the largest in California history, is expected to burn until September.

The heat waves expand outside of the U.S.

It reached 106 degrees Fahrenheit in Kumagaya, Japan in July, which is the highest temperature the country has ever experienced.

Fires in Greece are engulfing cities, melting cars and killing people. The Greek government has declared a state of emergency, as the fires have killed 81 people and injured more than 190.

Fires in Sweden are the worst the country has experienced in decades, and the fires are pouring into the Arctic Circle.

“There is no place that isn’t vulnerable as the surface of the earth heats up and dries up during summer months,” said Michael Mann, an award-winning climatologist, geophysicist and current director of the Earth System Science Center at Pennsylvania State University.

“The massive wildfires that have broken out in the Arctic this summer are an indication of this.”

Is climate change to blame?

There is no doubt that wildfires today are hotter, more destructive and harder to put out than ever before.

In the last 10 months, California has experienced seven of the most destructive wildfires in state history.

Fires have also burned through parts of Oregon and Colorado.

So what is to blame?

Ironically, humans have exacerbated the situation by trying to stop the spread of fires.

Forests and shrublands need fires for regrowth, but people have tried to prevent the fires — primarily to protect timber assets. By trying to remove naturally occurring fires from the ecosystems, humans have created larger, drought-fueled megafires.

However, the growing magnitude and number of wildfires are mostly due to climate change.

“There is no question that climate change has amplified these wildfires, turning them into record megafires,” said Mann.

Mann’s recent work proposes there may also be something else fueling the fires.

His work suggests that the weather systems have been stalled by a weakening and changing jet stream, the “wind-highway” up in the air that is largely responsible for changes in the weather.

Mann and his team claim that this may be a cause of the “unprecedented weather extremes” happening all over the world.

“In the case of the current California wildfires, a resilient ‘ridge’ (upward bend in the jet stream) has contributed to the persistence of the heat and drought, which has aided the development of these mega fires,” he said.

The fire season is continuing to grow.

The Thomas fire, which was recently replaced by the Mendocino fire complex as the largest wildfire in California history, burned through California in December 2017.

“What was so unusual about the Thomas fire is that it occurred in the winter, during what is normally the wet season,” said Mann.

“This underscores an important reality: increasingly, there is no end to the fire season. As the summer weather pattern of hot and dry conditions persists further and further into the fall and winter, we are forced to content with a now essentially perpetual fire season in California.”

What can we do about megafires?

Megafires are burning all over the world. Now that they have reached the Arctic, nearly any region is vulnerable.

Once sparked, they are nearly impossible to put out. Megafires are creating their own weather systems, making it extremely dangerous for firefighters to fight them.

Primarily, they are fueled by drought and long periods of temperatures over 100 degrees Fahrenheit.

“Ultimately there is only one true solution,” said Mann.

“If we are to prevent the worsening of wildfires and other damaging extreme weather events, we must solve the problem at its source: reduce global carbon emissions. That requires a wholesale transition away from the burning of fossil fuels toward renewable energy. We must vote for politicians who support those policies and vote out those who don’t.”