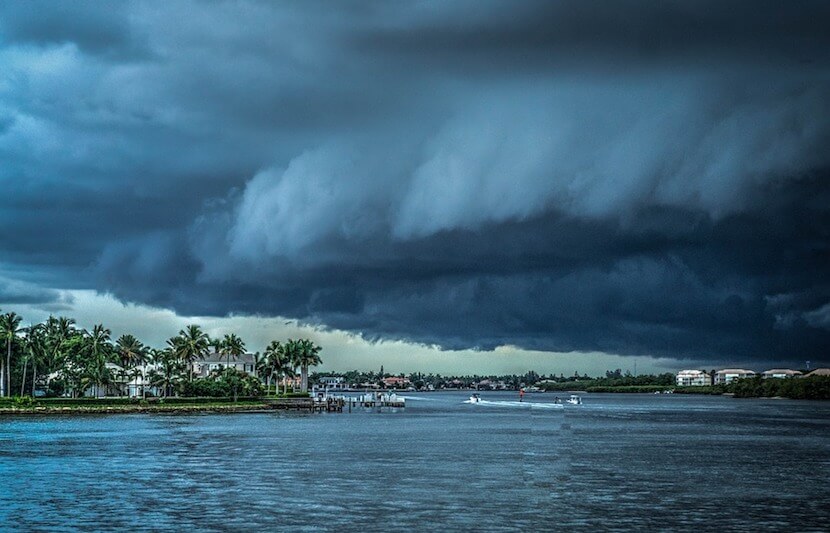 Most people can agree that natural disasters, such as hurricanes, droughts, wildfires and floods devastate communities.

Major disasters often receive at least some coverage and aid immediately after they happened, but they rarely get the attention they deserve in the years that follow.

But after physical injuries are healed, mental injuries linger. And many of the people who suffer from them don’t receive proper treatment.

At this point, climate change is inevitable. Even if the world stops all carbon emissions right now, we will still experience significant global warming. And a rise in temperature in the atmosphere and ocean water means an increase in the likelihood of natural disasters that can compromise the mental well-being of those affected for the rest of their lives.

“You don’t get mental health problems in the same way you catch a cold,” said Helen Berry, the inaugural professor of climate change and mental health at the University of Sydney. “Lots of things have to happen to yourself, in your life and in your environment.”

Berry notes that we need to look up the causal chain to understand the complex relationship between climate change and mental health.

With the changing climate comes mental, physical and economic destruction.

Polar ice caps are melting and sea levels are rising, causing an increase in flood rates and damage. Water temperatures are going up, leading to to more destructive, deadly hurricanes. Climate-induced droughts are causing megafires to burn throughout the world. And many animal species are going extinct.

Disasters are known to cause physical harm, but the mental and emotional toll they impose often goes unnoticed. If someone loses a home, business, family member or friend in a severe storm, they can experience intense stress, depression and anxiety.

Some people have suffered through the damaging effects of climate change first-hand, and others are becoming increasingly aware and fearful that the same could happen to them.

“You could be caught up in a weather-related disaster and that could be traumatic for you,” said Berry.

In addition to injury and death, warm weather or water-related disasters can cause long periods of danger of waterborne diseases, explained Berry.

Those who have experienced long-term sickness can understand and attest to the depression and anxiety that stem from feeling physically ill.

Droughts put farmers out of business, which then impacts all of the businesses that support and rely on farming, explained Berry. Wildfires can destroy buildings, homes and crop fields. Hurricane storm surges can drown entire cities, stunting any economic growth.

When communities are economically impaired, that can have an impact on people’s mental health, said Berry. And when enough people in a community are economically hurt by a weather related disaster, they will start to move away.

Mental health has been ignored

Although it might appear obvious that devastating weather events induced by climate change can have an enormous effect on people’s mental health, the issue has been cast aside.

But mental health is used to being minimized and ignored.

“Mental health tends to be a Cinderella issue in health,” Berry said.

“Around the world, in every country I know of, mental health is not treated as seriously as physical health, she continued. “It is often regarded as not real, or something that happens to people who whinge and complain a lot. Mental illness doesn’t receive the effort in research or services that it needs.”

When facing nearly any mental ailment, it is beneficial to seek help from those you trust. Discussing and relating with people is a great coping method.

Disasters impact entire regions, so it is important for people to remember that they aren’t alone.

“If we want to do something to protect mental health in the face of climate change, strengthening communities would be a really great place to start,” said Berry.

If a strong community experiences a natural disaster, they will be supportive and helpful both emotionally and physically by rebuilding quicker.

On a governmental level, we need aggressive action.

“It all starts with the national and international governments and their policies not just towards the use of the earth’s resources, but their policies toward caring for people who are the most vulnerable and disadvantaged,” said Berry.

So far, governments have done a poor job at recognizing the impact of both climate change and mental health.

“If you put these two things together and look at them on a global level, a catastrophically inadequate response to both climate change and mental health, then you can see that there is going to be a real problem,” said Berry. “The further we go into climate change the worse things are likely to be for mental health.”

Since governments are likely to remain stagnant on both climate and mental health issues, action must come from individuals.

“It’s possible that people outside of the world of politics, ordinary people, are becoming sufficiently worried about climate change, and that could motivate them to action,” said Berry.

Berry advises people to work in groups — whether it be families, friends, neighbors, peers or colleagues — to take climate action.

“If they can take action at the group level, then they could not only benefit from whatever it is they do to help protect from the worst effects of climate change, but they could also benefit by growing their social capital. Both of these things would be good for mental health,” said Berry.