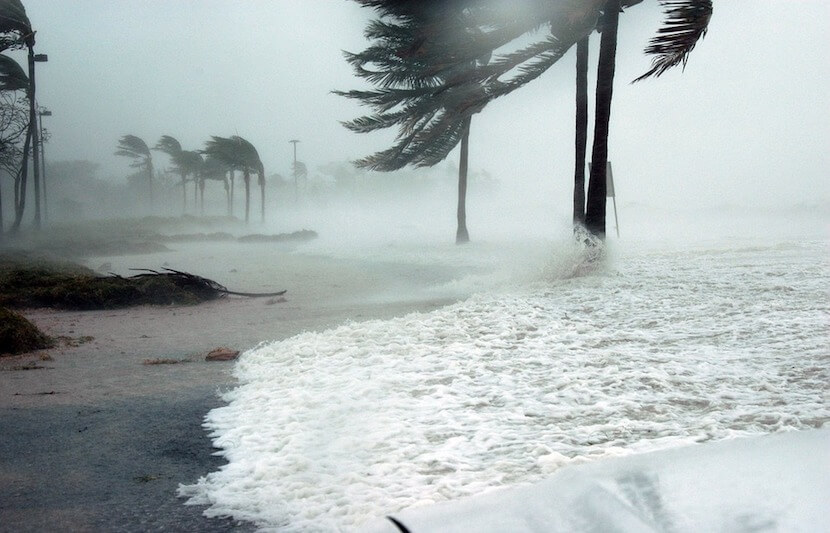 With four of the five costliest hurricanes in U.S. history occurring in the past 6 years, scientists and people everywhere are pointing the finger at climate change.

And with good reason.

Hurricanes Harvey, Maria and Irma, which rank second, fourth and fifth on that list, all occurred in 2017.

The cost of damage from Hurricane Florence is yet to be fully calculated, but recent estimations have it approaching the top 10 most expensive hurricanes in U.S. history.

So, how exactly is climate change affecting hurricane season?

Are hurricanes getting stronger?

The overall intensity and number of category 4 and 5 hurricanes have increased since the 1980s. This is primarily due to an overall rise in sea surface temperatures and an increase in the amount of ocean heat waves.

“Just as summer heat waves on land are greatly increased in frequency and intensity by even modest overall warming, so too are these ocean heat waves becoming more frequent and more extreme as the oceans continue to warm,” Michael Mann, a climatologist, geophysicist and current director of the Earth System Science Center at Pennsylvania State University, wrote in an op-ed.

“All else being equal, warmer oceans mean more energy to intensify tropical storms and hurricanes,” he continued.

Researchers have proved that for category 4 hurricanes, 1 degree Celsius of warming in ocean surface temperatures creates a 7 percent increase in peak wind speed.

The ever-rising temperatures in the Atlantic waters will continue to increase wind speed and destructive potential of storms.

Will there be more hurricanes?

There is little evidence to support climate change having a significant effect on the frequency of hurricanes.

Some studies highlight an increase in the amount of hurricanes while others expect hurricanes to occur at the same rate as always.

Worldwide, around 70-110 tropical storms occur each year and 40-60 of them turn into hurricanes. These numbers have remained relatively consistent throughout history.

Whether climate change has caused a higher frequency of hurricanes is still a debate, but nearly all climate scientists can agree that today’s storms are more damaging than ever.

“Warmer oceans mean more moisture in the atmosphere,” Mann wrote in his op-ed. “It’s one of the simplest relationships in all of meteorology.”

For every 1 degree Celsius of warming, there is 7 percent more moisture in the air.

Since ocean temperatures during Florence were 1.5 degrees Celsius warmer than usual, there was about 10 percent more moisture in the atmosphere, which implies around 10 percent more rainfall.

This can explain why Florence is the “rainiest east coast tropical system ever,” pouring nearly three feet of rain on North Carolina.

Another factor worsened by climate change is the storm surge, which can be the most destructive and deadly part of a hurricane.

Hurricane Florence caused a 10-foot storm surge from Cape Hatteras to Myrtle Beach, which was exacerbated by the sea level rise that has plagued the south-eastern coast of the United States.

What can individuals do to help save our coasts from intensifying hurricanes?

Everyone must recognize that we are experiencing the effects of climate change right now. This isn’t an issue to set aside, for there is no more time to wait.

The transition away from fossil fuels must be a priority on a personal and governmental level.

Hurricanes will occur always, but the higher the emission, the more fuel the storms have to wreak havoc on our cities and beloved coasts.