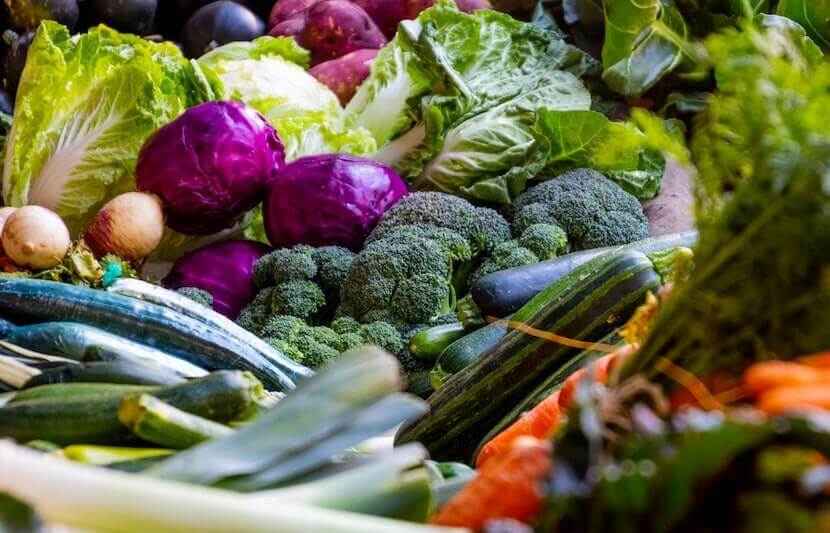 The price of a college education is often synonymous with hefty loans and burdensome fees, but what if it’s so much that you can’t even pay for your next meal?

For up to half of all college students, this is a stark reality.

Going hungry in college is an issue that plagues students all over the country, from community colleges to elite public and private institutions. Food insecurity is strongly linked to lower graduation rates, but many students are often forced to choose between educational expenses and food.

Fortunately, initiatives to help fight hunger are being implemented by students, faculty and activists across the country, and many of them are led by women.

In this article, we highlight five women who are “killin it” in their efforts to relieve hunger on college campuses.

The Campus Kitchen at the University of Kentucky (CKUK) is a student-run campus initiative that works to supply healthy meals to students struggling with hunger and provide a sustainable approach to reducing food waste on campus.

Since its inception in 2014, CKUK has served 8,795 meals and rescued 10,888 pounds of food. Its efforts were so powerful that in 2016, CKUK was named “Campus Kitchen of the Year” by the Campus Kitchen project, a national leader in community service for helping students with hunger.

But perhaps the CKUK wouldn’t have been so well-accomplished if not for former Vice President and Garden Fellow Anna Townsend.

Townsend joined the project as a freshman in 2014 and, by the time she was ready to graduate in 2017, she had developed a system that would leave a lasting impression on the organization.

With funding from the Student Sustainability Council, and as a part of her Lewis Honors College Capstone, Townsend developed a type of indoor gardening method that is both feasible and efficient for the organization.

Townsend’s research, which involved growing different types of lettuces in container, vertical and hydroponic gardens and assessing their feasibility, will enable CKUK to produce fresh vegetables in cooler months.

She only used containers donated by other CKUK volunteers for her vertical garden, which limits consumer waste and makes for a sustainable way to grow produce.

“By establishing indoor gardens for CKUK, I am more confident in my skills as a researcher and advocacy for preventable issues, such as food waste and hunger,” Townsend previously told TUN.

“As a result of my research, CKUK is able to support sustainable agriculture in several ways: maintaining indoor and outdoor gardens to provide food for healthy meals, teaching students about gardening and nutrition, and presenting this research at conferences to inspire other organizations and communities.”

Thanks to Hannah DePorter, UW-Madison now has a campus food shed that provides students and staff access to fresh produce for free from July to October.

The Food Shed has four large refrigerators, which are placed at four different locations on campus for convenient access and is stocked with local produce such as beets, carrots, onions, squash, potatoes, lettuce, spinach, kale, tomatoes, oregano, basil, dill, and cranberries. 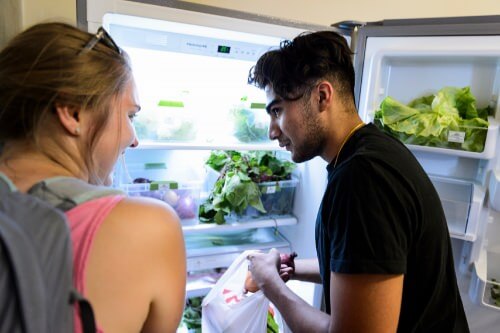 DePorter conceived of the idea for a food shed when she was visiting various agriculture research stations run by the university, and noticed that some produce was being wasted even though extra produce was donated to food banks.

“While being in the fields and weeding and harvesting there was just a lot of stuff left to compost,” DePorter said in a statement.

“I was just thinking about how all that food could be given to more people.”

With that in mind, she proposed the idea and was awarded a $5,000 grant from the Kemper K. Knapp Bequest. After that, it took only 9 months for her idea to come to fruition.

In a prior interview with TUN, DePorter told us about the importance of tackling both hunger and waste.

“I think the food shed is really important because it tackles the intersection of food security and food waste,” she said.

“By ending food waste, we can better tackle food insecurity by providing fresh high quality produce free of charge that would otherwise be wasted. It is a win-win situation and we can’t wait to see how this takes off.”

Founder/CEO of Swipe Out Hunger

Rachel Sumekh was a college student at UCLA when she created the idea for Swipe Out Hunger — an organization that would later become a leading force in addressing hunger on college campuses.

Swipe Out Hunger is an initiative that allows students to donate their unused meal swipes to those in need.

“Students can enter the dining hall with the voucher and have a warm, wholesome meal,” Sumekh told The New York Times.

The program began in 2010 as a project that Sumekh took on with a few of her college friends, and since then, it has been implemented in 37 universities, and served 1.4 million meals.

The organization is so effective that it was called upon to draft a piece of legislation addressing college student hunger — a legislation that the state of California adopted and put $7.5 million behind.

No college student should have to decide between buying books or having a meal.

Sumekh’s work has been recognized by The Obama White House and The New York Times, and even landed her on the Forbes 30 Under 30 list.

“If what we’re doing is helping people stay in school, get a degree and get a great job then this has massive impact,” Sumekh told CNN.

Janet Napolitano is an established public servant with a rich history of leading organizations at both the state and federal level.

Now, as the 20th president of the University of California, Napolitano is a champion in the fight against hunger.

In July of 2014, Napolitano launched the UC Global Food Initiative — an initiative that aims to demonstrate and export solutions for food security, health and sustainability in California and around the world.

The Global Food Initiative grew out of UCLA’s Healthy Campus Initiative and has become a large, system-wide effort to address one of the most critical issues of today: how to sustainably and nutritiously feed a world population expected to reach 8 billion people by 2025.

Through the UC Global Food Initiative, Napolitano and her team have addressed food security among UC students with the creation of new and expanded food pantries, “Swipe Out Hunger” programs that enable students to donate meals to peers, awareness campaigns, and CalFresh enrollment drives.

The Initiative is working toward four goals that will help address food security and sustainability practices:

“President Napolitano and campus chancellors decided to launch the initiative after recognizing that the university system is uniquely positioned to play a leading role in addressing these interconnected challenges.”

As the associate director of the Office of Solid Waste Management and Recycling, Cynthia (Cindy) Jackson drives forward sustainable practices.

Georgia Tech first adopted its annual Move-In/Move-Out program in 1998 at the behest of Jackson, who sought to reduce the waste generated by nearly 10,000 students moving out each year.

In 2016, Jackson decided to use the Move-Out program to team up with Klemis Kitchen, an initiative to help hungry Georgia Tech students. Rather than sending nonperishable goods to Atlanta Food Bank, Jackson and her team send these items to Klemis Kitchen, which are then distributed to food-insecure students at Georgia Tech.

While Atlanta Food Bank serves a need, Jackson thinks it’s important to support Klemis Kitchen, as the food “goes from students to students.” The 2016’s Move-Out led to donations of 534 pounds of nonperishable food items to Klemis Kitchen.

“This is not our first partnership, but it is certainly our most meaningful,” Jackson said in a statement.

“It means so much to the students who need help to realize that some of this help is actually coming from their peers and that their peers care,” said Dana Hartley, Georgia Tech’s campus liaison for homeless students, said in a statement.

“It helps them feel less alone.”

In the first year, the non-perishable foods collected during student move out helped to support Klemis Kitchen for the majority of the fall semester, helping it to become a long-term self-sustainable operation.

High tuition fees and unaffordable meal plans at many institutions have led to an increasing number of food insecure students. Their plight has motivated each of these five women to work hard to help those in need, by providing healthy, sustainable solutions to fight hunger on college campuses.