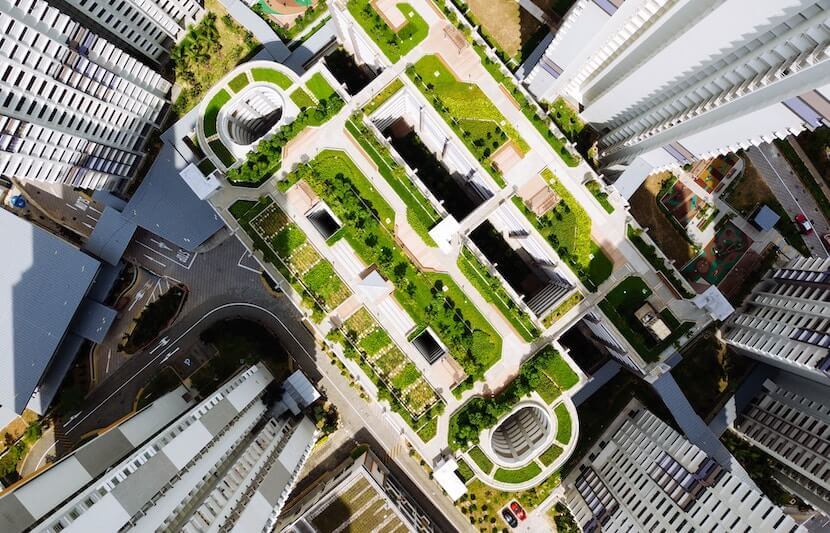 The Princeton Review has released its 2019 “Top 50 Green Colleges” list, highlighting the schools leading the way in environmental sustainability.

The Princeton Review ranked these colleges based on their “green scores” (ranging from 60 to 99) that the company tallied by combining student survey data with data collected from the company’s annual survey of college administrators.

Each year, the company sends the survey out to thousands of four-year colleges and universities. This year, nearly 700 colleges responded with enough data for the company to give them an accurate green rating, explained David Soto, its director of content development.

“Schools that didn’t report data got a ‘60*’, which means on our website and in all of our books, we don’t have enough data to accurately tell students and parents what their efforts are like,” Soto said.

In a separate study, the company found that, this year, 64 percent of teens and their parents say a college’s commitment to environmental sustainability plays a role in their decision to apply to or attend a college or university.

So in addition to giving colleges and universities a shout-out for their sustainability efforts, the Princeton Review’s rankings can help environmentally minded students find schools that share their values.

All 50 of the schools on the 2019 list are doing their part to mitigate climate change, but there are some that go above and beyond. The top 10 schools on the list deserve special praise, as their innovative efforts can inspire others.

Here are some of the top 10 schools’ most impressive initiatives and goals.

1. College of the Atlantic

College of the Atlantic — a private, liberal arts school in Bar Harbor, Maine, with a total enrollment of less than 400 — has topped this list of environmentally responsible colleges for four consecutive years. And there is no surprise as to why.

In 2007, COA became the first college in the United States to become entirely carbon neutral. By 2030, the school anticipates being free of fossil fuels. And, fittingly, the college only offers one major — human ecology, which is the study of the relationship between humans and their natural, social and created environments.

“Certainly, a small school like that isn’t for everybody, but I think that COA can really be a learning laboratory for institutions both big and small,” Soto said.

COA also has a gold rating from the AASHE 2019 Sustainable Campus Index and sits at 15th place on the Sierra Club’s list of Cool Schools.

As the SUNY system’s environmental college, SUNY-ESF considers sustainability in just about everything it does. And with just over a decade left to prevent irreversible damage caused by climate change, the college is stepping up and creating solutions to the many challenges facing the planet.

“There is … an unprecedented opportunity for ESF faculty, students and alumni to sound the charge for our institutions to take these threats seriously and lead the way in developing sustainable solutions to Earth’s environmental challenges,” writes David C. Amberg, the college’s interim president. “In fact, ESF scientists have been doing this for decades.”

ESF sits on 25,000 acres of land with laboratories and field stations all throughout Central New York and the Adirondack Mountains where undergraduate and graduate students can participate in research that is pivotal to the health of the world’s ecosystems.

In September, ESF joined 19 other New York colleges and universities in purchasing large-scale aggregated renewable energy. And this year, the college will finish its first-ever campus energy  master plan.

ESF also has a gold-status rating from AASHE and holds third place in the Sierra Club’s list of Cool Schools.

When it comes to sustainability education, Dickinson is a national leader. To graduate, all students are required to take a course in sustainability, but more than 50 percent of students choose to take four courses or more.

For years, Dickinson has been growing food for the college and surrounding community on a 100-acre organic farm, which is nourished with compost from the dining hall. And currently, the college is on track to reach its goal of becoming carbon neutral by 2020, which would make it just one of a few carbon-neutral colleges in the United States.

“As a college committed to making a positive impact on the wider world, living up to this commitment was of vital importance to the entire Dickinson community,” Dickinson President Margee Ensign said in a statement. “This is one of the most pressing issues of the 21st century, and we can be proud to say that we’ve taken the appropriate steps to ensure that our college is no longer contributing to human-caused climate change.”

Dickinson also has a gold-status rating from AASHE and sits at 12th place on Sierra Club’s Cool Schools list.

For decades, the University of Vermont has been widely recognized for its commitment to sustainability. Academically, the university offers 717 sustainability-related courses across 65 percent of its departments. And since 2015, a course in sustainability has been a general education requirement.

Since implementing its Climate Action Plan, UVM has significantly reduced its greenhouse gas emissions and energy consumption. Additionally, nearly half of all waste created at UVM is either recycled or composted, all residence halls collect organics for composting, and zero containers of bottled water are sold on campus.

UVM also has a gold-status rating from AASHE.

St. Mary’s College of Maryland is always working towards becoming more sustainable. In an effort to make the college completely waste free, St. Mary’s has placed composting bins at each dormitory and townhouse on the campus greens and crescents. And each week, volunteers collect the compost and take it to the campus farm where it is turned into nutrient-rich soil.

To sway students and employees away from taking their cars to campus, St. Mary’s has a bike shop that offers cheap rentals and fixes all bikes for free. Additionally, the school offers a free shopping shuttle that takes students to various shopping destinations close to campus.

Sustainability courses and research opportunities at the college are widely available to students in all sorts of disciplines, including art, biology, chemistry, creative writing and literature, legislation, public policy and more.

St. Mary’s also is on track to achieve carbon neutrality by 2020.

Despite being in the middle of coal country, Chatham is a leader in renewable energy. The school has been purchasing renewable energy since 2002, and now nearly all of its electricity usage comes from renewable sources.

The school is also big about eliminating waste. Since 2011, Chatham has refused to sell plastic water bottles. At campus dining facilities, Chatham has in place a significant composting program, sends all cooking oil to a local biodiesel plant, and has eliminated the use of trays, which helps to minimize food waste and water waste from washing trays.

Additionally, the school makes sustainability courses available to students across all types of disciplines, including art, business, economics, English, government, philosophy and more.

All of this is enough to earn the school a gold-status rating from AASHE and a 14th-place ranking on the Sierra Club’s list as well.

In recent years, Bowdoin has significantly increased its commitment to environmental sustainability. Through a variety of energy projects, the school was able to achieve carbon neutrality in 2018 — two years ahead of its 2020 goal. Already, the college is gathering feedback from the Bowdoin community to create a new 2030 climate action plan.

Additionally, by collaborating with other New England colleges and universities, Bowdoin was able to develop the largest solar installation in New England.

Bowdoin knows that combating climate change is a group effort, so it encourages students to take individual efforts to live more sustainably through its Green Living Commitment initiative. Participating students receive a bronze-, silver-, gold- or green-level certification based on their individual commitments.

Colby first achieved carbon neutrality in 2013 — two years ahead of schedule. And it hasn’t slowed down since. In 2017, the school installed a 5,300-panel solar installation that, by itself, produces 15 percent of the college’s total electricity needs. Additionally, the school now has 16 LEED-certified buildings that take up 24 percent of Colby’s building area.

And students play a big role in advancing sustainability efforts. They’ve created many environmentalist groups, including the Environmental Coalition, the Colby Organic Farmers and Gardeners Association, the Colby Alliance for Renewable Energy, and EcoReps who “exemplify sustainable living to their peers.”

Colby’s efforts have also landed it a gold-status rating from AASHE and a seventh overall ranking on the Sierra Club’s list.

Sustainability is a pillar of Colorado State University. The school has committed to achieving 100-percent renewable energy by 2030 and is well on its way. There are already 13 full solar arrays on campus and 26 (and counting) LEED-certified buildings. Through recycling and composting, the school diverts 93 percent of its dining hall waste. And despite campus population growing, the school has reduced its water usage by 24 percent over the past decade.

Academically, 962 of the school’s 2,633 available courses are related to sustainability. And to get to class, students are encouraged to bike. CSU is considered the most bike-friendly college in the United States.

CSU also earned a platinum-status rating from AASHE and landed the ninth spot on the Sierra Club’s list of green schools.

But it’s not done yet. The university has goals to function on 100-percent renewable energy by 2021 and to produce zero waste by 2030. Additionally, Stanford has aligned itself with the United Nations Sustainable Development Goals, and is committed to conducting research and providing learning environments that help the world achieve those goals.

Colleges and universities are increasingly committed to and excited about becoming more environmentally sustainable. And ranking schools on their sustainability efforts is a good way to incite a little friendly competition.

But it’s important to remember that the fight against climate change must be a group effort. So, more than anything, colleges and universities around the world must learn from, and work with, each other.