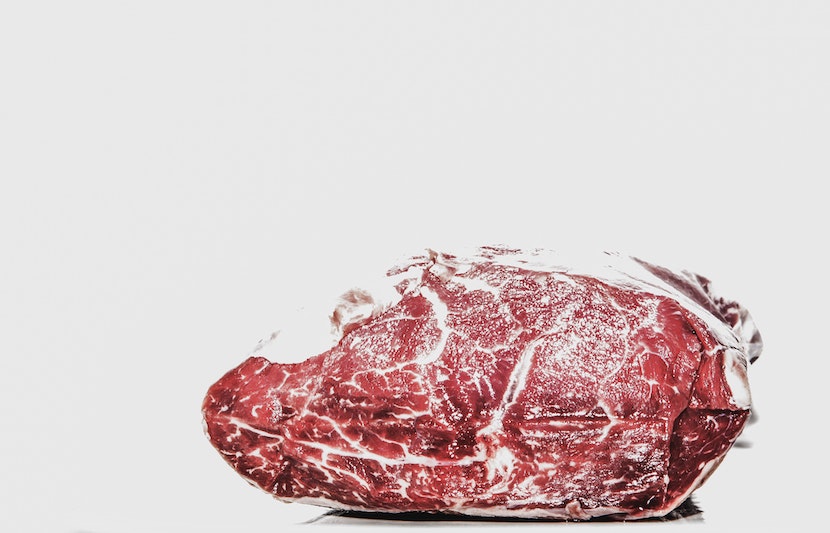 For the sake of the environment, we’re often told to mind our consumption habits. We’re advised to skip over that cheeseburger and, instead, opt for the salad. And, when going to the grocery store, we’re told to bring our own reusable bags.

While some follow this advice religiously, many others still shrug it off. The problem is, without any data or physical evidence, it’s hard for people to comprehend the true impacts of their actions.

That’s where Hanna Pamula comes in. As a doctoral candidate at AGH University of Science and Technology in Poland, she’s helped to create a meat footprint calculator and a plastic footprint calculator so people can see, first-hand, how much damage they’re inflicting on the environment. The tools are free and easy to use, and they allow users to compare their consumption habits with others around the world.

“Usually, we’re overwhelmed by the vast numbers and the scale of the problem, and that leads us to believe that our individual actions don’t matter,” said Pamula. “We end up thinking, ‘the government, politicians and big companies should do something about this.’ Through ecological calculators, I wanted to show people how their lifestyles and personal choices affect the environment.”

“One person may not make a big difference, but we count on the snowball effect,” she added. “More and more people understanding the problem will finally change the global perspective.”

This narrative, that individual actions really do matter in the fight against climate change, was continuously echoed throughout the recent UN Youth Climate Summit, which took place in September 2019.

The meat footprint calculator asks users to input data about their weekly consumption of five popular types of meat, including chicken, beef, pork, lamb and fish. From there, users can see just how much damage their meat eating is inflicting on the environment.

And, in all honesty, the numbers are shocking.

To put it in perspective, it is estimated that the average American consumes about 70 ounces of red meat and poultry each week. In McDonalds’ terms, that’s about eight quarter pounder cheeseburgers and nine buttermilk crispy chicken sandwiches.

At that rate, the average American’s weekly meat consumption is responsible for the production of 197.7 pounds of CO2eq (carbon dioxide equivalent), according to the calculator, which is equal to what driving 222.4 miles in an average car generates. And putting that much meat on the table each week takes 4,963 gallons of water, which is how much 17 people drink in a year.

Second to the energy and transportation sector, animal agriculture is the biggest source of anthropomorphic greenhouse gas emissions, as it is responsible for around 13-18 percent of emissions worldwide.

The data Pamula used to create the meat calculator comes from a 2018 study published in the academic journal Science.

In a similar format to her meat footprint tool, Pamula’s plastic footprint calculator asks simple questions about a typical week of usage. From there, it tallies up all the water bottles, plastic bags, food wrappers and other common plastic items one may use, and spits out a total plastic footprint.

The average American, according to the calculator, annually uses 185 pounds of plastic, which is poor, compared to the global average of 110 pounds a year. Europeans are a bit better about it, using an average 66 pounds annually.

Overall, the surplus of plastic production and consumption has become an enormous global problem. Each year, more than 8 million tons of plastic are dumped into the oceans, killing an estimated 100 million marine animals.

Already, there’s a plastic continent the size of Europe floating in the Pacific. And it’s estimated that by 2050, there will be more plastic in the ocean than fish. With all of these facts, it’s worth noting that plastic didn’t really become popular until the 1960s, and the infamous plastic water bottle wasn’t created until 1973. So, the bulk of this damage has happened in less than 60 years.

And, although it would be nice, recycling isn’t a realistic answer. It’s estimated that only 5-10 percent of the world’s plastic is recycled. More than 30 percent goes to landfills, and another 30 percent ends up in the oceans.

Pamula has always been close to nature. But it wasn’t until about 10 years ago, when she developed a love for ornithology, that she became motivated to protect it. That was the moment, she said, she first truly felt like an environmental enthusiast.

“That was really an eye-opening experience — not only because of the beauty and diversity of birds, but also by finding out many environmental issues that threaten this group of animals, its habitats and populations,” said Pamula.

Eager to learn more, Pamula has spent the past 10 years meeting with biologists and ecologists, who have made her aware of many different nature conservation problems she had never heard of or understood before.

“That pushed me towards ecology,” Pamula explained. “And here with the Omni Calculator project, I’m trying to show it to the broader public.”

As for what’s next, Pamula has aspirations to create a calculator that allows people to measure their clothing footprint. At this point, the clothing industry is to blame for 10 percent of all global carbon emissions. And each year, the average family in the Western world throws away more than 60 pounds of clothing, much of which can take 200 years to decompose.

“I’m trying really hard to make the ecological calculators as user-friendly and easy to understand as possible,” said Pamula. “They don’t require tons of detailed questions and much effort, but they’re showing the scientific side of the issues heard in the media.”