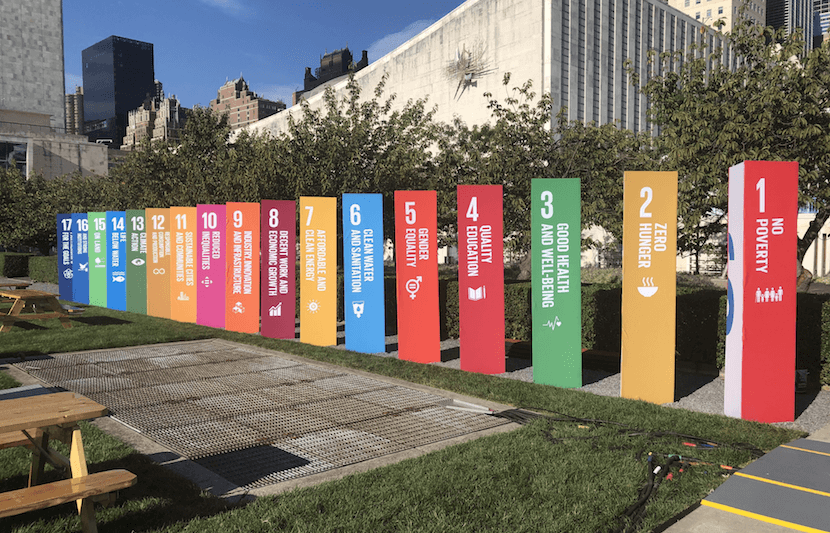 On September 21, young climate activists, innovators, entrepreneurs, influencers and trailblazers from all over the world gathered at the United Nations’ headquarters in New York for the first-ever U.N. Youth Climate Summit.

In commanding fashion, these young leaders took the floor of the Trusteeship Council chamber and its surrounding areas to inspire change, showcase their climate solutions and put pressure on elected officials.

“Many times, we hear that our generation is going to be the one in charge of dealing with the problems that current leaders have created,” he continued, “and we will not wait passively to become that future. The time is now for us to be leaders.”

The summit came just one day after the Global Climate Strike, which was inspired by 16-year-old Swedish climate activist Greta Thunberg and had a turnout of more than 4 million people globally.

“Yesterday, millions of people across the globe marched and demanded real climate action, especially young people,” Thunberg said at the U.N. Youth Summit. “We showed that we are united. And that we young people are unstoppable.”

“Imagine the power of the movement you have created,” she said, speaking to Thunberg, Rodriguez and others. “The leaders are now asking for a seat at your table!”

And after listening to the young activists, U.N. Secretary-General António Guterres, who was the event’s “keynote listener,” took a moment to admit the faults of his generation.

Outside of the Trusteeship chamber, in tents near the UN’s Rose Garden, other young climate leaders from around the world participated in panels covering a wide-variety of topics — from policy initiatives to social media activism, sustainable consumerism and more.

At one tent, Nanoua Ewekia, a proud resident of Tuvalu, a small island nation, and coordinator of the nation’s national youth council, explained some of the steps her country is taking to address climate change — one being its desire to establish a youth parliament to ensure that the views of youth are included in decision-making and planning.

“In Tuvalu, the youths there are all climate change activists because they can see what’s actually happening in our country,” Ewekia said. Due to sea level rise, caused by climate change, Tuvalu is rapidly disappearing.

In a separate tent, just 20 yards away, American actor and climate change activist Luke Mullen urged young people to use social media and other online platforms to encourage their peers to act against climate change, which is something he’s been doing for some time.

“What I’ve really focused on is bringing as many youth to this movement as possible, through social media, through outreach — through every platform possible,” Mullen said. “The biggest part of this movement Is coming together and joining something bigger than ourselves.”

Shortly thereafter, another young actor and climate activist Joshua Rush took the stage to explain how a carbon tax could help solve some of the United States’ most pressing issues, namely student debt.

“We can focus the money that comes from a carbon tax to specific issues. In the United States, one that keeps coming up is student debt,” Rush said. “If we put a carbon tax and a wealth tax in place right now, we could eliminate student debt for every American.”

To many of the young leaders who attended Saturday’s summit, climate change is the most pressing issue in the world. Inaction puts their future in jeopardy. So, instead of sitting idly by and waiting for adult leaders to act, these passionate young individuals decided to take matters into their own hands.

And, finally, they are being heard.

Thunberg, who is globally recognized as the leader of the youth climate activist movement, saved most of her words for the world leaders at the U.N. Climate Summit on September 23. In an emotional speech, she warned world leaders, “We’ll be watching you.”

“The eyes of all future generations are upon you,” Thunberg continued. “And if you choose to fail us, I say: we will never forgive you. We will not let you get away with this. Right here, right now, is where we draw the line. The world is waking up, and change is coming whether you like it or not.”