Fortunately, great strides are made in science, technology and activism every day to combat this issue — and women are at the forefront of such progress.

In this article, we highlight seven women who are “killin it” in their efforts to fight climate change.

Through various campaigns, projects and research initiatives, these women are making an impact that will change our world for the better.

Kathleen Merrigan has a powerful legacy in sustainability, agriculture and politics.

Merrigan is a professor of public policy at George Washington University, and leads the GW Sustainability Collaborative and GW Food Institute.

From 2009-2013, she served as the U.S. deputy secretary of the U.S. Department of Agriculture (USDA), during which she implemented a variety of programs to promote the health and wellbeing of our country.

During that time, Merrigan created and led the “Know Your Farmer, Know Your Food” Initiative to support local food systems, had a key role in First Lady Michelle Obama’s “Let’s Move!” campaign, and became the first woman to chair the Ministerial Conference of the United Nations Food and Agriculture Organization (FAO).

Before joining the USDA, Merrigan held many agriculture policy positions and drafted the law establishing national standards for organic food.

Due to the incredible size and scope of her work, Time Magazine named Merrigan among the “Top 100 influential people in the world.”

In an interview with TUN, Merrigan expressed her disappointment with the Trump administration’s decision to pull out of the Paris Agreement, and vowed to keep fighting to protect the environment despite the many political setbacks that environmentalists are faced with.

“We have no choice but to fight back with everything we have,” Merrigan said.

“To state the obvious, the planet depends on it.”

“Environmentalists may shift more attention to state and municipal government as solution centers for climate for the duration of this Administration,” she continued.

“I don’t anticipate that this decision will impact university operations.”

“The science on climate is clear, irrefutable, and compelling. Colleges and universities will continue to reduce their carbon footprint. Our students demand nothing less.”

Materials Science and Materials Engineering, University of Texas at Austin

Alongside John Goodenough at UT, Braga is credited with creating a revolutionary, low-cost battery that has the potential to store enough energy to power homes, boats and vehicles.

Braga has expanded on the understanding of glass electrolyte and glass batteries, which she hopes to use for the development of an all-electric road vehicle with the performance, cost and convenience that’s competitive with vehicles powered by an internal combustion engine.

This powerful development would provide a more sustainable, environmentally friendly energy source and significantly cut back on car-administered air pollution that contributes to global warming.

When Goodenough first heard about her work, he convinced Braga to join his research team in Austin.

Here’s what he told TUN:

“Our first task was to find out how to plate a dendrite-free metallic-lithium anode from a liquid, polymer, and/or solid electrolyte. I had just solved that problem when Professor Maria Helena Braga of Porto, Portugal, brought to me a remarkable glass she had prepared.

“Not only does her glass transport at room temperature alkali cations almost as fast as the liquid electrolyte, but it also contains a high dielectric constant indicative of the presence of electric dipoles.”

Since 2015, Bronte Payne has been working at Environment America, a national advocacy group that promotes awareness and education on environmental issues and solutions.

Payne is currently the director of Environment America’s campaign to get colleges and universities to commit to using 100 percent renewable energy.

Through this campaign, she has successfully moved Cornell University toward 100-percent renewable energy, and has renewed federal tax incentives for wind and solar energy.

In addition to her successful advocacy, Payne has co-authored a number of reports, including “Turning to the Wind” and “Renewable Energy 100: A Course to a Carbon-Free Campus.”

In reference to her university campaign, Payne previously told TUN, “Now, more than ever, we need leadership.

“Which is why we are counting on the higher education community to lead, by committing to a rapid shift to clean energy.”

In her work, DeHart has led sustainability efforts on college campuses around the country, including Harvard and Virginia Military Institute (VMI).

At VMI, DeHart executed $300,000 in non-capital projects related to energy and resource conservation, developed and managed a campus recycling program, and reviewed capital construction documents and specifications for energy and resource efficiency projects.

DeHart has also helped with Unity College’s efforts to have zero waste in it’s dining and catering facilities.

With pride, DeHart spoke to TUN about the sustainability program at Unity College.

“The students, staff, and faculty at Unity College are eager to make a real, positive impact on their world, and I am proud that our Sustainability Team constantly looks for new ways to help our campus community minimize waste,” she said.

With the help of Molly Craft Johnson, The New School in Manhattan has taken significant steps to advance environmental sustainability in NYC.

In her work, Johnson is responsible for engaging students and supporting initiatives that promote campus-wide sustainability.

In February 2018, her office sponsored a university-wide, week-long program called “Disrupt Climate Injustice.” From February 26 to March 2, The New School disrupted regular curriculums and turned its attention to learning about the impacts of climate change.

Additionally, Johnson led the university in efforts to participate in the “Zero Waste Challenge,” a goal for at least 50 percent waste diversion by 2030. Johnson helped contribute to this challenge by submitting data and feedback on waste streams.

“Environmental sustainability is a core value at The New School,” Johnson told TUN.

“Sustainability is a significant part of the campus culture. We take a holistic, multi-dimensional view of sustainability that considers a large array of interdependent factors: energy, waste, water, climate, academics and research, environmental justice, food, behavior and culture, health and wellness.”

Grady recently helped implement the Temple Surplus, a program that essentially functions as a central platform for collecting and redistributing all types of equipment, such as office chairs, tables, chairs, shelving, and filing cabinets. Any item that is not recycled for university use is either sold or donated.

The program was initiated as a means to reduce waste and encourage recycling.

“When we think about successful sustainability initiatives, we think of a surplus property program,” Grady told TUN.

“The university is able to promote reuse, reduce waste and the associated hauling costs, and generate revenue to help keep Temple affordable and accessible for our students.”

Leah Johnson spent much of her childhood playing outdoors. Her family didn’t allow her to have cable television until she was a freshman in college, and even then they imposed a “one hour-per-day” screen time.

But none of that bothered Johnson much — in fact, it simply increased her love and passion for the natural world.

When she got to UW-Madison, Leah joined the ASM Sustainability Committee and quickly advanced from outreach coordinator, to vice chair, where she worked to advance UW-Madison’s sustainability practices.

Johnson hopes to infuse sustainability into the everyday fabric of campus life by making it “easy” for students to go green.

As part of her mission, Johnson has worked to give sustainability presentations at dining halls, campaigned for a three-credit environmental course required for all incoming students, and helped draft a resolution for UW’s goal to go carbon neutral by 2015 or sooner.

Johnson described this decision as a “huge step in the right direction.”

“There are a lot of ideas being thrown around, a lot of good ideas, and it is just a matter of time before some of them start being implemented,” Johnson told TUN.

At a time when sustainability initiatives are often met with political and economic setbacks, these women can be considered champions of change.

Whether it’s through administrative positions, lab work, or campus activism, all seven of these  women have exhibited the strength and determination to make a global difference. 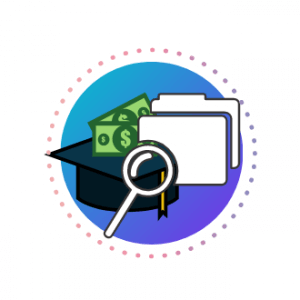