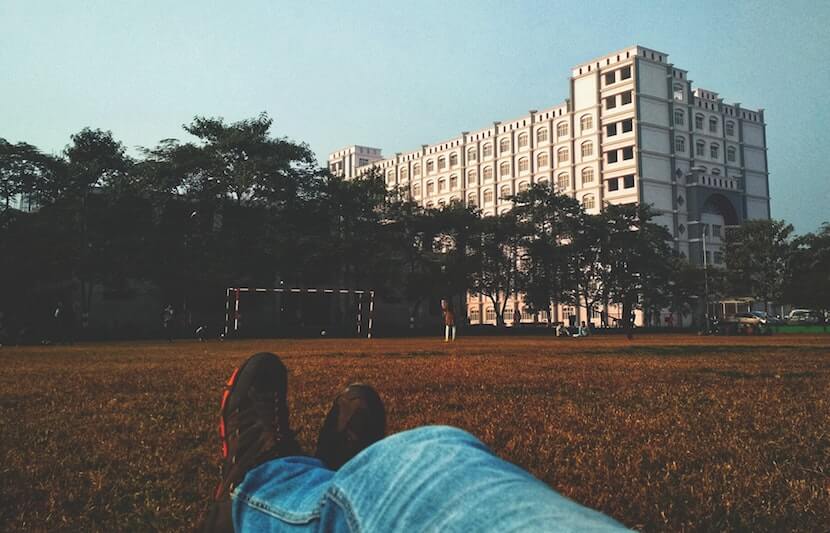 As graduating seniors unravel their freshly-printed diplomas, it’s hard for most of them to see anything but a huge bill.

In recent years, skyrocketing tuition prices have forced 70 percent of college students to take out loans to pay for their education. On average, these borrowers graduate with $37,172 left to pay back.

But despite the price tag, college has become more popular than ever before.

So why are students still pursuing their bachelor’s degree, even if they risk putting themselves and their families in debt?

First and foremost, students go to college to get “better” jobs. In fact, 58 percent of college students report “job and career outcomes” as their primary motivation for choosing higher education.

Part of what makes a job “better” is a fat paycheck.

Students perceive college as an investment in their future. They want jobs that pay higher salaries, and they view a college education as their ticket.

But this isn’t news to anyone. College degrees have, for a long time, been associated with a higher paycheck.

What is more interesting, however, is that students are increasingly prioritizing a rewarding career — one in which they can “contribute to society.”

In fact, a recent College Pulse study found that 69 percent of college students say having a job that “contributes to society” is very important to them.

“College students aspire to make a difference in society,” he continued. “Employers and brands need to know that money alone is not what will motivate America’s future workforce. We are entering the age of the socially-conscious professional.”

A college education teaches students the communicative and problem-solving skills they need to put themselves in a position to make a difference.

College graduates, no matter what they major in, generally have an easier time finding work and transitioning between jobs than those who only graduated from high school. As a result, those with a bachelor’s degree face much lower unemployment rates than diploma holders.

A couple of primary factors play into this.

The first is, bachelor’s degrees have become much more common. As a result, high school grads are being booted out of their jobs by “more qualified” candidates.

The second is, college students — especially those in the humanities — are taught how to think critically, make arguments, write, and make difficult decisions, which are skills that employers in nearly every industry need.

There are many ways to make money without a degree in higher education, but many of those jobs are in industries that workers aren’t necessarily striving to get into.

A college degree, however, opens up all types of employment opportunities and gives individuals a higher chance to work in a field that they thoroughly enjoy, or at least feel is meaningful.

2. They are curious and motivated to learn

Twenty-two percent of college students report “a general motivation to learn more and gain knowledge” as their primary reason for attending college.

This percentage is smaller than it may have been a few decades ago, but skyrocketing tuition prices have ultimately shifted the way students perceive the purpose of college. Rightfully so, college students expect to earn a quality job after graduation. They want to see a return on their investment.

But with high tuition prices and employment outcomes dominating the narrative of higher education, it’s easy to forget that college is also about personal and intellectual growth.

While some students enroll in college to qualify themselves for a high-paying job, others are there to pursue what they love.

According to Blakey Vermeule, a professor of English at Stanford University, pursuing what you love is still the best approach.

“I, personally, don’t really think it matters as much what you major in,” said Vermeule. “I don’t think that is as important as the benefits of just following your curiosity down any rabbit hole that it takes you.”

“There is a whole wealth of very fascinating information and things to learn about out there, and I think that the more people restrict themselves to certain specializations, the less they are able to let their curiosity go where it leads them,” she continued.

3. They want to build their network

Attending college is a great way to build professional and personal networks.

Professionally, colleges and universities strive to help their students excel beyond graduation. So, they often set up career fairs, social networking events and clubs that are all intended to help students build relationships with each other, alumni and visiting professionals.

These professional relationships are pivotal to landing a job after graduation. In fact, 70 percent of people earn jobs through networking.

And personally, college is a tremendous opportunity to meet friends that will last a lifetime. College, for many students, is their first chance to branch out and truly find out who they want to be. It’s a transitional phase. It’s both exciting and nerve-racking. The friends students meet on campus often become like family. They are there during the most fun and difficult times.

To say all students factor health care, retirement, homeownership and marriage into their decision on whether or not to attend college would be a stretch of the truth.

However, those who do earn their bachelor’s degree see benefits in all four categories.

Those with degrees in higher education are more likely to work jobs that offer benefits such as company health insurance and retirement plans.

And a 2016 Zillow report found that 75 percent of homebuyers have a college degree, compared to only 11 percent who just have a high school diploma.

Additionally, the Pew Research Center found a “link between a college education and a lasting marriage.” Specifically, among individuals who were 25 and older in 2014, 65 percent of people with at least a bachelor’s degree were married, compared with 53 percent of adults with less than a bachelor’s degree.

And in the United States, almost half of marriages fail to last 20 years. But, nearly eight in 10 college-educated women can expect their marriage to last at least that long.

Most importantly, however, education is also linked to increased happiness. A Lumina Foundation study cites that 94 percent of those with a bachelor’s degree report being happy overall.

Escalating college costs are a true problem, which is in need of addressing. Many students have to put their lives on hold until they can pay off their debt.

But still, a college education is a powerful thing. When students choose to attend college, they are choosing a path towards intellectual, personal and financial growth.

For many, college is still an investment worth taking.