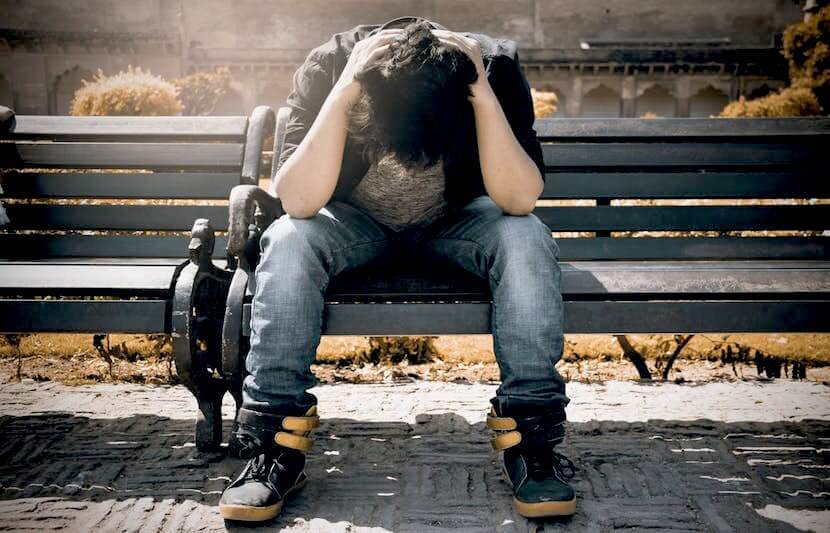 Members of Generation Z — those born from the mid-1990s to the early 2000s — report having worse stress than any other generation, according to an American Psychological Association (APA) report.

In part, these heightened stress levels are caused by the 24/7 news cycle, which continuously focuses on gun violence, sexual assault and other tragedies.

But Gen Z individuals, many of whom are in college, are also more stressed out about personal problems, including concerns about money, work and health — headaches that have, seemingly, been around forever.

The APA survey featured responses from 3,458 adults and 300 teens between the ages of 15-17. Overall, only 45 percent of Gen Z individuals reported having “very good” mental health, compared to 56 percent of millenials, 51 percent of Gen Xers, 70 percent of baby boomers and 73 percent of older adults.

“There are real stressors for younger adults that I think older generations didn’t have to experience,” said Vaile Wright, a licensed psychologist and APA researcher.

Stressed about the state of the nation

The lack of positive news is disconcerting for those of all generations, but for members of Gen Z, each negative story is a reminder of the future they face.

Subsequently, this has driven many young people to be more politically active.

“Part of what causes the heightened level of stress is the level of uncertainty about what’s happening in the world,” Wright said.

“The challenge with uncertainty is that it reminds us of all the things that are out of our control,” she continued. “So, when we do contribute in ways to our community, whether that’s taking active steps to vote, volunteering in community-level organizations or participating in protests, those are really active steps that people can take to manage their stress.”

However, despite their increased passion, Gen Zs are the least likely to vote.

This is likely due to a lack of faith in the institution of voting, Wright said. Young people may now feel that the most effective way to contribute to politics comes through activism.

Personal problems, specifically concerns about money, work and health, are big stressors for nearly all adults, but they are more common amongst Gen Z individuals.

Entering the workforce isn’t as easy as it once was.

Because of this, many Gen Z adults end up doing side work, which puts more stress on them because it continues that level of uncertainty, Wright said.

However, Wright acknowledges that some of the heightened levels of stress may be a result of youth and inexperience.

“We know, through our surveys, that younger generations, whether it is generation Z or millenials, always report higher levels of stress, so an additional reason could be, that compared to older generations, younger generations may have not built up the set of coping skills required to effectively manage all of the stressors they are experiencing.”

Gen Zs are more in touch with their mental wellbeing than members of older generations.

As the stigma surrounding mental health starts to fade, more young people are willing to accept their mental health issues and seek help, if necessary.

However, many of them still struggle. Only 50 percent of Gen Zs feel that they are doing enough to address their mental health, according to the report.

Naturally, many Gen Zs turn to social media as a support mechanism, but this only helps 55 percent of them, according to the report. The other 45 percent claim that social media makes them feel judged.

It isn’t healthy for people to be constantly connected to their phones, Wright said. This can make individuals feel isolated.

Instead, Wright advises young people to take active steps and engage in self-care to manage their mental health.

“If we can’t take care of ourselves, it is hard to be problem solvers for other people or make change in the world,” she said.