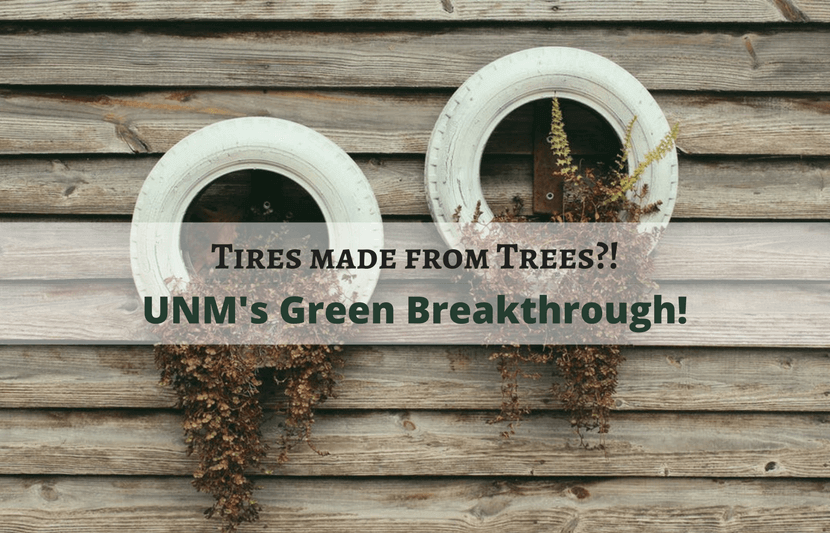 Research teams at universities across the country are working day and night to help our planet in any way that they can. A team from the University of Minnesota may have just stumbled upon a breakthrough, though. This team has engineered a way to create automotive tires from trees and grass. Such a breakthrough could be monumental for multiple industries. These resources are not just highly renewable, but they can be found right in our own backyards! This invention has the potential of not just changing a part of the automotive technology industry, but to completely revolutionize it.

“Friendly” tires is result of collaboration

Made from fossil fuels, the traditional tires used on vehicles across the globe are typically considered environmentally unfriendly because fossil fuels are not renewable. The new tires created by the University of Minnesota team, however, are good for the environment because they are created with a biomass containing grass and tree elements, not fossil fuels. They would have the same color and shape as their predecessors, as well as the same chemical makeup. The University of Minnesota has already obtained a patent for this new technology and has made it available for licensing through their office of technology communication.

Paul Dauenhauer is associate professor of chemical engineering and material science at the University of Minnesota, as well as one of the project’s leading researchers. According to Dauenhauer, the research done by his team “could have a major impact on the multi-billion dollar automobile tires industry.” He adds that what his team had created was a new process for creating isoprene from “natural products such as trees, grass, and corn.” Isoprene is the primary molecule used for car tire production.

Carol Bessel, the deputy director of the chemical division at the National Science Foundation (NSF), had more to say on the subject. “Collaboration was really the key to this research taking biomass all the way to isoprene” she stated. “This collaboration and synergy among researchers with different approaches and skills is really what we are trying to promote within the NSF Centers for Chemical Innovation Program.” The Center for Sustainable Polymers is funded by the NSF.

The current process for creating isoprene is known as “cracking,” as it involves the molecules found in petroleum being thermally broken up. The isoprene is then separated, purified and finally reacted with itself to form the solid polymer that is found in tires. Despite the popularity of biomass-derived products such as this, renewable isoprene has not been an easy molecule to generate from microbes, spiking the need for a better technology.

Dauenhauer’s team has produced the first successful attempt at creating an environmentally friendly isoprene. Their process focuses on the biomass-derived sugars found in natural elements, such as grass and trees, and includes the major steps. It begins with the microbial fermentation of these sugars, which leads to the creation of itaconic acid, an intermediate. The itaconic acid is then reacted with hydrogen to methyl-THF.  This chemical is reacted to isoprene. This highly efficient process proved that it is possible to renewably source isoprene from biomass.

The full research paper, entitled “Renewable Isoprene by Sequential Hydrogenation of Itaconic Acid and Dehydra-Decyclization of 3-Methyl-Tetrahydrofuran,” is available at the ACS Catalysis website.

The ability to create an environmentally friendly isoprene is a scientific discovery that will likely prove beneficial to many other industries. As Dauenhauer’s partner, Frank Bates, states: “This discovery could also impact many other technologically advanced rubber-based products.”

The University of Minnesota team is not the first to use plant-based elements to produce rubber. In 2015, two scientists from the Fraunhofer Institute for Molecular Biology and Applied Ecology in Germany were successful in replacing certain tire components with a substance from the Russian dandelion and manufacturer Continental tested a first version.

In 2012, tire giant Goodyear started testing sustainable tires made partly with soybean oil, which has the potential to cut its use of petroleum by up to 7 million gallons a year while also increasing the tread life of the tire. Although this product has yet to make it to market, the Goodyear Canada website still features a section on soybean oil, touting its positive attributes where tire technology is concerned.

It seems as though the green tire movement is in full effect, with great minds using natural resources to engineer sustainable solutions for a growing problem. The need for such a product has never been greater. Statistics indicate that 65% of all used tires end up in landfills with only 35% of it recycled.