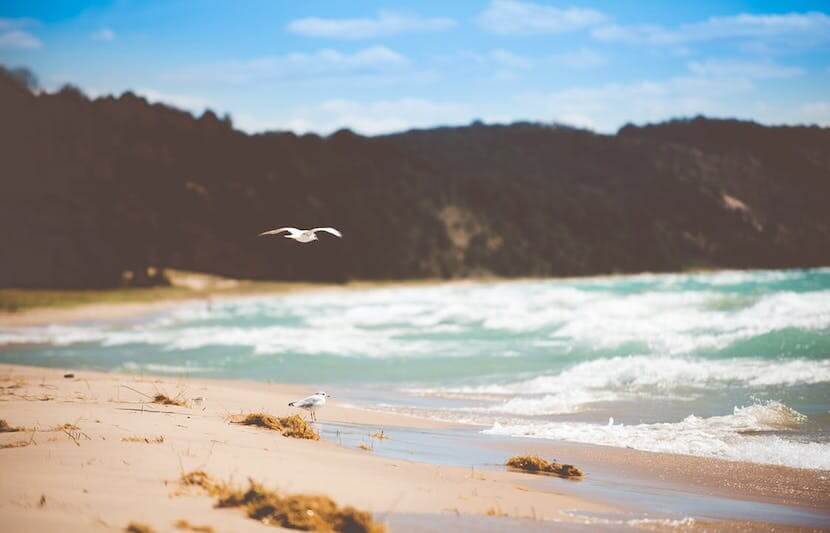 A long walk on the beach is emotionally and physically healing. The warm white sand, beaming sunlight, and calming tones of crashing waves lower stress levels and help to relieve anxiety.

Now, trips to the beach via virtual reality have been proven to provide similar healing and stress-relieving attributes.

The researchers were intrigued by the potential of virtual restorative environments (VREs), which are “the recreation of locations and scenes that, by virtue of their natural beauty and peacefulness, may significantly help to reduce the body’s reactivity to stress and restore cognitive or attentional capacities,” explained Stone. Researchers chose Wembury beach, which is just south of Devon, England and titled the project Virtual Wembury.

Virtual Wembury was originally developed to aid patients with a variety of psychologically-related conditions, such as PTSD, depression, attention deficit disorder, pain, and sleep deficit. It was geared to benefit those “who may be unable to access and experience real natural environments, including those in hospitals, hospices, civilian/military rehabilitation centres and care homes,” said Stone.

This technology was first introduced to hospitals as a part of Project REVERE (Restorative Virtual Environments for Rehabilitation). Researchers tested if virtual scenes of nature could improve sleep quality for patients in Intensive Care Units. Results did show improvement in sleep quality, and all reactions were positive; however, the researchers concluded that the outcomes weren’t statistically significant. 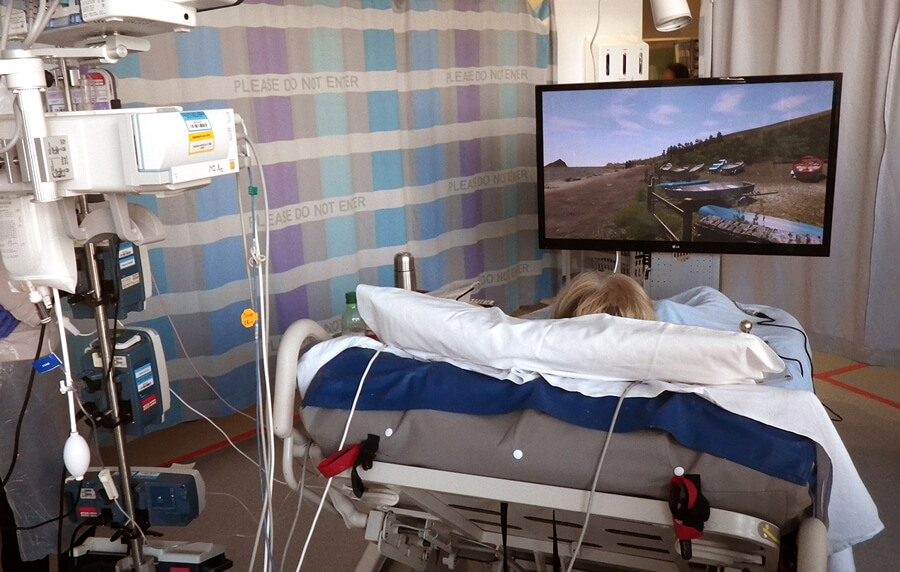 “Since the original REVERE project, the Virtual Wembury scenario has been extensively modified to focus more on rehabilitative applications for patients recovering in Intensive Care Units, as well as continuing the research addressing the restoration of cognitive well-being using virtual scenes of nature,” said Stone.

One of the trials, REVERE Breathe, is used to help rehabilitate patients recovering from gastrointestinal surgery. Those recovering from such surgery are advised to practice deep breathing exercises to reduce the chances for post-surgery lung infections.

“Traditionally, to encourage this, patients are provided with basic (non-electronic) devices such as the Spiroball®, an incentive volumetric exerciser, which provides visual feedback by means of a ball levitating between two markers within a plastic cylinder when the target inspiratory volume is met,” explained Stone. 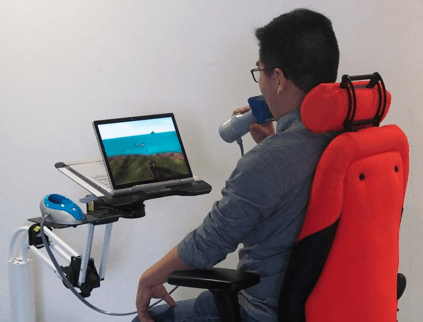 “The output from the Vitalograph Pneumotrac™ is used to control a 3D representation of a Mediaeval catapult (or ‘trebuchet’), located on the cliff top within the Virtual Wembury scene,” explained Stone. “As the patient inhales, the catapult is ‘primed’ and, on cessation of inhalation, a virtual rock is propelled towards a group of small boats moored offshore (the range of which can be altered according to the patient’s changing levels of inhalation performance). The patient’s ability to score points during the game is dependent only on their ability to take a deep breath (aiming to increase their maximum inspiratory capacity with each effort).”

The second trial, REVERE Move, is used to prevent a condition called Intensive Care Acquired Weakness (ICAW). As patients spend long amounts of time in bed’ their muscles progressively weaken. To prevent muscle wastage’ most hospitals use an in-bed cycling device called the MOTOmed. While this device can serve to fight ICAW, it fails to provide performance feedback or distract patients from the pain. So in an attempt to improve pre existing technology, researchers combined MOTOmed with virtual reality. 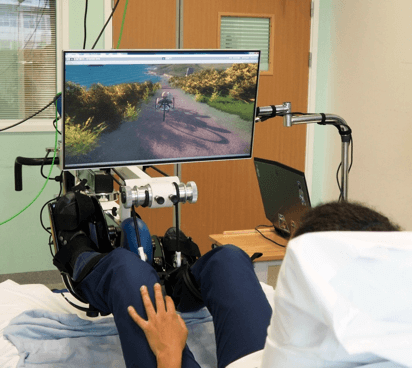 “The REVERE Move enhancement to the MOTOmed trainer presents patients with a third-person (‘over-the-shoulder’) view of a recumbent cycle with avatar, located on the pathway in Virtual Wembury,” said Stone. “As the patient pedals in the real world, a low-cost cadence sensor mounted onto the MOTOmed chassis records pedal revolutions per minute, and the VR system translates this into recumbent cycle speed and distance travelled.”

The patients are required to complete a pre-defined virtual cycling course in Virtual Wembury in as short of time as possible. The next day patients will cycle through the course again with a “ghost avatar” (representing their past performance) next to their current avatar. Through this method, patients are aware of their progress and can actively work towards increasing their leg strength.

Recently, a team of researchers at the Universities of Birmingham, Plymouth, and Exeter have studied the effects of Virtual Wembury on patients undergoing dental procedures at Torrington Dental Practice in Devon.

Patients were randomly selected to either take a virtual stroll through Wembury beach or walk around a virtual city. Results showed that those who virtually visited Wembury beach experienced less pain and anxiety, and were positive about their experience a week later. Those who “walked” through the city setting did not experience similar benefits.

Health and geographical factors limit people’s access to nature. While VREs, such as Virtual Wembury, can’t physically place people on the beach or on a nature trail, they can induce similar healing effects. “Natural environments are good for people,” said Dr. Sabine Pahl, associate professor in psychology at the University of Plymouth. “They improve mood, reduce stress, enhance wellbeing. But not everyone can go and enjoy natural environments at all times. So the idea was to bring nature indoors, to provide these benefits.”

The use of VR has progressively developed into a successful form of distraction therapy. It demonstrates the brain’s extraordinary ability to overcome physical pain, anxiety and stress.

Pahl recognizes the growing possibilities for VRE technology. “There is huge potential for using it in other medical contexts,” she said. It can be used in almost every treatment where patients have to lie or sit still. “I expect this technology will be used widely in the future.”