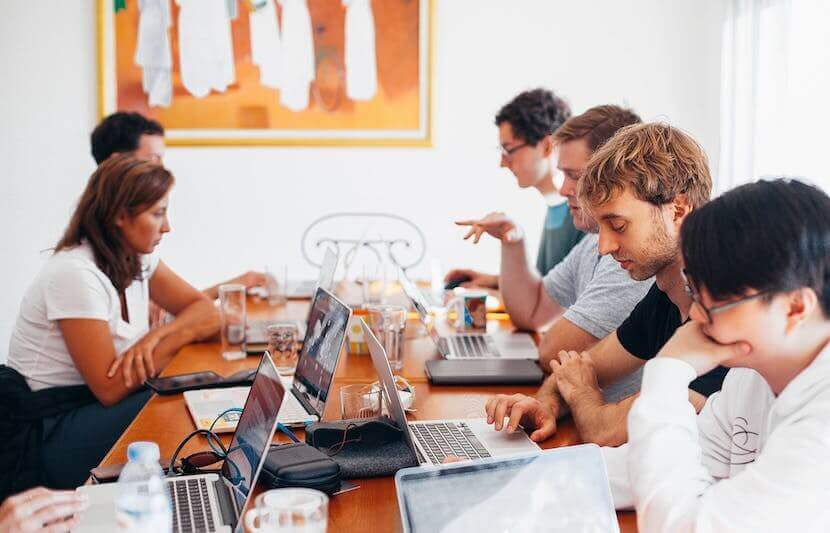 In 2019, a year where people spend most of their waking hours looking at screens, it is safe to say that society evolves around technology. And for the first time, nearly everyone is dependent on creations — devices, applications and software — that they have no idea how to construct or even operate.

So people rely on cutting-edge computer scientists and technologists, typically taught at prestigious universities, to make their smartphones, build their online media networks and introduce innovative concepts that even Dr. Emmett Brown from “Back To The Future” couldn’t dream of creating.

But, most often, technologists are taught in a silo, where they only focus on innovation and profit. They aren’t instructed to consider the ethical implications of their decisions — take the recent Facebook privacy scandal, for example.

Lawyers, politicians and educators, who are largely taught to consider social justice and public good, generally know very little about technology and computer science. And technologists are rarely taught how to think like humanitarians.

But a new cohort of leading universities and organizations have partnered to address this divide. Together, they are working to make sure public interest and social good are prioritized in technology and computer science to the same degree as they are in law and the humanities.

The new organization, named the Public Interest Technology University Network, is comprised of 21 top colleges and universities, including Stanford, Georgetown, Harvard, Howard and Massachusetts Institute of Technology (MIT), among others. It was launched with the support of the Ford Foundation, New America, and the Hewlett Foundation.

“Technology has incredible potential to solve some of our society’s most pressing challenges, as well as to create big new problems to address,” Anne-Marie Slaughter, the CEO of New America, said in a statement. “In either case, we need as many technologists as lawyers and economists working in the public interest, and this network of colleges and universities will help build a new generation of technologists trained to advance the public good.”

And as technology grows increasingly prevalent, it is inevitable that technologists will soon be sitting next to decision makers in government systems and companies, suggested Jenny Toomey, the Ford Foundation’s International Program Director.

“But the real question is, by the time we actually get technologists in all of the places they are going to need to be, will they be the right kinds of technologists?” she continued. “Meaning, will they be technologists that are effective at translating technology and working in a policy, NGO or legal environment. Will they be doing their work for public good, or are they only thinking about innovation?”

Up until now, most universities hadn’t felt the need to integrate technology with ethics and the humanities.

Students stepping out of MIT with a rolled-up computer science degree in their hand couldn’t imagine using any of their skills anywhere but in pure computer science, in a startup or in a company, said Toomey.

But, across all industries, there is an increasing demand for well-rounded professionals with intersectional thinking skills — a demand that had largely been left unaddressed until this partnership.

And still, there is no formal recipe of what each university should do to build better public interest technologists, said Toomey.

But that’s what this partnership is all about — exploring and evaluating potential solutions — some of which are already under way.

Georgetown and MIT now offer a joint course in law and technology, in which MIT computer science students and Georgetown law students work together to analyze real world problems surrounding technology. Together, they come up with solutions and laws that address the issues.

“The students coming out of these classes are getting incredibly interesting intersectional jobs — the kind we were hoping that people would get,” Toomey said.

But there is still hesitation from traditionalists.

“It was this incredible wake-up call,” Toomey said.

Universities have been getting in their own way of encouraging more intersectionalist thinking.

But fortunately, that is beginning to change.

The University of California Berkeley, for example, has already built a set of data science courses that include ethics and philosophy training.

But that is just the beginning. As members of this network, all 21 universities have pledged to launch campus initiatives that advance public interest technology and shape the next generation of computer scientists.

“We believe an essential element of advancing social justice is ensuring technology is a force for public good,” Darren Walker, the president of the Ford Foundation, said in a statement.

“These colleges and universities are breaking new ground and admirably setting the agenda for the higher education sector.”