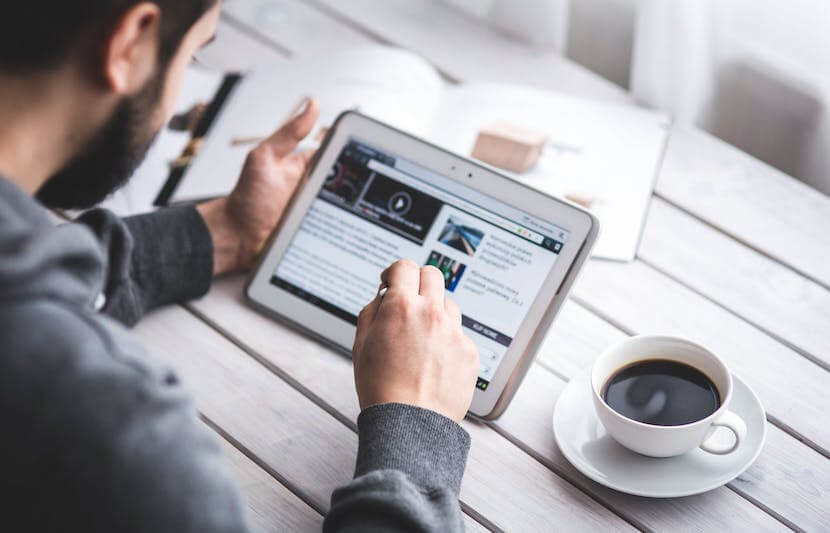 Consumers are paying for more items with their smartphones, which is leading to more shopping overall, researchers find.

While paying with with a credit card is still the most common purchasing method, the simplicity of using a smartphone could soon make carrying a plastic card a thing of the past.

The researchers studied data from Alipay, the most popular mobile payment platform in China, to assess how these new, simple ways to pay affect traditional payment methods and transaction frequency.

By looking at a data set from one of the largest banks in China, the researchers found that the country’s adoption of Alipay has caused consumers to spend more frequently and more overall.

On average, the total transaction amount increased by 2.4 percent, and the frequency in which people bought items increased 23 percent.

“Switching to the mobile channel leads to more shopping overall, and it particularly affects more hedonistic shopping such as food, entertainment and travel,” Yuqian Xu, an assistant professor of business administration at the University of Illinois and co-author of the study, said in a statement. “But it doesn’t affect purchases like education or health care. So it’s changing consumer behavior.”

The world is expected to continue to move toward mobile payment methods, which will impact retailers, especially those selling less costly items, such as coffee, food or movie tickets.

For such retailers, “you will want to offer customers multiple channels to pay for their goods,” Xu said in a statement.

“If you’re in an industry with a high number of transactions or transaction frequency, it’s really in your best interest to get ahead of the curve and embrace the mobile channel,” she continued.

As coral bleaching continues to destroy reefs and deplete species that rely on them, less dependent fish species are rapidly increasing in population.

These findings were surprising to the researchers, who started this 20-year study after a mass coral bleaching in 1998 caused substantial coral habitat loss across Seychelles, an island nation off of the east coast of Africa.

“Bleaching in 1998 caused mass coral mortality, habitat collapse, and shifts to seaweed dominance on some reefs, and so we expected the fishery to be in decline. But we overlooked the potential for algal-feeding fish to benefit from higher algal productivity,” James Robinson, a senior research associate from Lancaster University’s Environment Centre and lead author of the study, said in a statement.

“With coral bleaching events becoming more frequent and more intense as the climate warms, the unexpected news was that these fisheries continued to provide benefits for people,” he continued.

The researchers did find, however, that fishing was dependent on fewer species, and success was “patchy.”

“Although we saw that after coral bleaching the average fish catch rose or remained stable, fishing success was patchy,” Nicholas Graham, a professor at Lancaster and co-author of the study, said in a statement. “After bleaching, catches became either much larger or much smaller than the average.”

Virtual reality can can serve as a powerful tool to educate the public about the detrimental impacts of climate change, researchers find.

Speaking about the effects of climate change can only do so much, but virtual reality can show people first-hand what the world could look like if changes aren’t made.

The researchers brought a simulation intended to demonstrate the impact of ocean acidification to over 270 high school students, college students and adults.

In one example, the researchers put biology students at Sacred Heart Preparatory in Atherton, California, through their simulation, in which they became pink coral on an underwater reef.

The simulation took the students through the evolution of the reef over the next century. At first, the reef is healthy and full of urchins, snails and other creatures. Fast forward 100 years, and the reef has lost its biodiversity and become covered in slimy green algae.

If nothing else, these simulations make people more motivated to learn.

“We don’t know whether a VR experience results in more learning compared to the same materials presented in other media,” Jeremy Bailenson, the Thomas More Storke Professor of Communication at Stanford University and co-author of the study, said in a statement.

“What we do know is that it increases motivation — people are thrilled to do it, much more so than opening a textbook — and because of the richness of the data recorded by the VR system, you can tweak the learning materials in real time based on how well someone is learning,” he continued.

The extinction of a plant or animal species as a result of climate change or other environmental catastrophes could trigger an “extinction domino effect” that could wipe out all species on earth, researchers from Flinders University in Australia find.

Plants and animals rely on each other for life. If one animal or plant species collapses, that could have an enormous impact on widespread biodiversity loss.

To understand how different catastrophic events, such as extreme climate change, the detonation of nuclear bombs and asteroid impact, would affect life on earth, the researchers simulated 2,000 virtual earths full of virtual plant and animal species.

“What we were trying to test is whether the variable tolerances to extreme global heating or cooling by different species are enough to explain overall extinction rates,” said Corey Bradshaw, a professor at Flinders and co-author of the study, said in a statement.

“But because all species are connected in the web of life, our paper demonstrates that even the most tolerant species ultimately succumb to extinction when the less-tolerant species on which they depend disappear,” he continued.

The researchers warn that even the demise of a small animal or plant could trigger environmental change and additional biodiversity loss.

“Not taking into account this domino effect gives an unrealistic and exceedingly optimistic perspective about the impact of future climate change”, Bradshaw said in a statement.