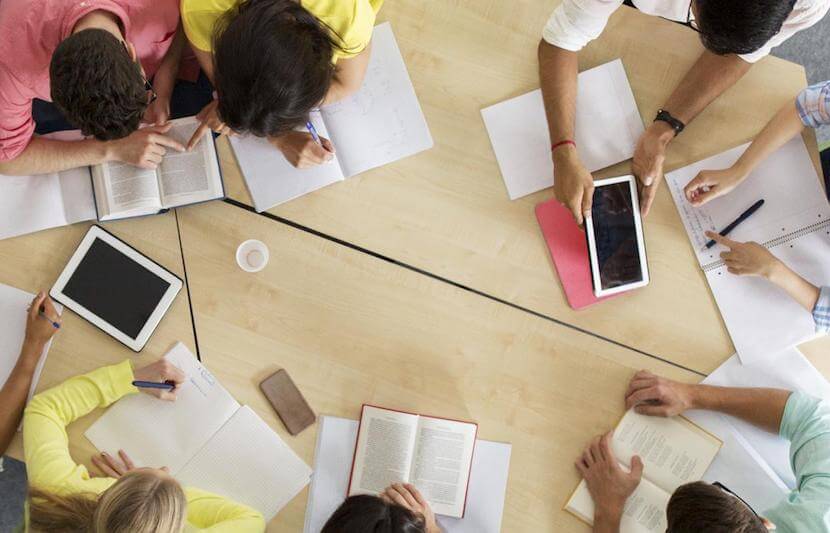 Generally, when we think of video games, our minds tend to gravitate toward games like Mario, Call of Duty, Fortnite, or Nintendo — games designed with fun and entertainment in mind. But video games have also long served as an effective way to teach and to learn.

So-called “serious games” are designed with more than pure entertainment in mind. They can teach tangible skills, educate players about topics like the Israeli-Palestinian Conflict, or train hirees for jobs.

With that mindset, researchers at Tallinn University in Estonia have recently developed three serious games as part of the Lean and Agile Practices Linking Higher Education to Industry (LEAP) project.

LEAP, a two-year Erasmus+ program adopted by the European Commission, develops serious games that prepare students for careers in the quick-changing professional world.

“Technological and social advancements are disrupting the work life we know today,” said Kadri-Liis Kusmin, a doctoral student at Tallinn University’s School of Digital Technologies and LEAP’s project expert. “Innovations in value creation methods and business models have sparked changes in organization structures, employment models, and job profiles. While it provides employees with opportunities for more interesting and challenging work, it also places higher demands on employee competencies. The shelf life of the latter is decreasing ever rapidly and acquiring new competencies is a constant process.

“In response to this, academia needs to shift from preparing students for a job to preparing them for their entire career while making use of modern opportunities, such as novel learning methods and tools. LEAP project does just that by providing students with serious games that allow them to experience different industry roles and real-life-like situations that require the adoption and utilization of lean and agile practices.”

The games and methodologies

The researchers intend for the games to teach students skills like problem-solving and teamwork.

In developing the games, the researchers focused on two business and manufacturing methodologies that are very popular in the field of software development.

These methodologies, termed “agile” and “lean,” have distinct principles, but bear some similarities. Both emphasize efficiency, flexibility, and quick development — all of which are key to survival in the unpredictable modern workplace.

Each of the games teaches distinct skills based on the principles of these methodologies.

“Scrum,” the first game, borrows its name from a specific subset of agile methodology.

In the game, players have to respond to problem situations in which the game strategy needs to be changed quickly. This involves finding ways to coordinate the different personalities on the entire team and strategize to solve the problem presented to the student.

A second game, called “technical debt,” teaches the importance of organization and efficiency.

In the beginning of the game, players are taught programming and investing in code. Over the course of the game, untidiness and mistakes made at the beginning create a snowball effect, making the game more difficult as the player moves forward.

The researchers compare the game to dealing stocks: decisions about investments made at the beginning impact further investments down the road.

A third game teaches a subset of lean methodologies called the 5S method, which has five pillars — Sort, Systematize, Shine, Standardize, and Sustain — that provide a framework for workplace organization.

The method is distinguished by its emphasis on organization, efficiency and waste reduction.

In this game, players sort items, dispose of waste, and systematize based on criteria such as color, age, and priority. The researchers have yet to incorporate sustainability into the game, but are working to achieve that goal.

The researchers have tested the games on both students and experts to see how effectively the games taught players different skills and methodologies.

“The LEAP games were evaluated on many stages and different contexts,” said Triinu Jesmin, a data analysis lecturer at Tallinn University and one of the game developers on the project. “There were a lot of valuators from a vast variety of backgrounds, from students to experts.

“At least 50 students in each country were involved in the evaluating rounds at different stages of the project. We did not measure with pre- and post-tests how ‘much’ the students learned, rather we asked them if they feel that they learned something. And most of them said that yes, they learned a variety of different things.”

In a statement, Jesmin emphasized that the effectiveness of serious games in teaching is highly dependent on the way they are used. Serious games offer an attractive alternative to traditional teaching methods. They immerse players and allow them to respond to tasks situationally, and can enhance the motivation to learn. However, if teachers use them in an unserious context — as rewards or entertainment, for example — they may lose their educational value.

The LEAP project is ending this August, but there are plans for similar project in the works, according to Jesmin.

“The consortium has submitted several new proposals that have a similar aim — to update the skills of higher education students to industry practices and needs through serious games,” said Jesmin. “One of them, ALIEN (Active Learning in Engineering Education) has just started and it promotes problem-based learning in higher education.”