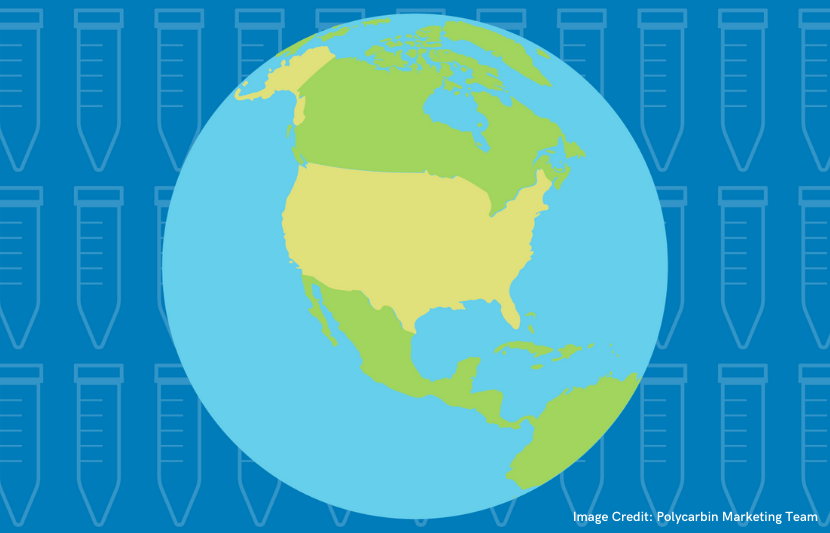 In an effort to save the environment, companies from across all types of industries are joining in to phase out single-use plastics.

But in the medical industry, it hasn’t been so easy. While Starbucks can survive without plastic straws, scientists and clinicians rely on single-use plastics — which are cheap, disposable and, most importantly, sterile — to help them rapidly innovate in the lab, treat patients and slow down the spread of infectious diseases like COVID-19. The now-famous N95 masks and COVID-19 testing kits both contain the plastic polypropylene.

It should be no surprise, though, that using all of this plastic comes at a significant environmental and economic cost.

Each year, the United States disposes of an estimated 3 billion pounds of biomedical plastics, nearly all of which end up buried in landfills or burned in incinerators. Of course, the acts of burying and burning the plastics pump pollutants into the air. And after disposal, new single-use products must be fracked or drilled out of the earth for next year.

Additionally, paying haulers to dispose of their waste can cost institutions hundreds of thousands of dollars.

To help research institutions and hospitals save both the planet and their bottom line, students from the University of Pittsburgh have created a startup company, named Polycarbin. By partnering with research institutions and hospitals, the company can isolate one of the largest recyclable polypropylene streams in the world and use the resale value to subsidize waste management contracts, according to a company video.

“We are interested in taking the waste streams leaving laboratories, biopharma and hospitals, recycling that and driving value from it,” said James O’Brien, a Pitt graduate student and co-founder of Polycarbin. “We discovered that scientists and clinicians, for the longest time, have been focused on innovation … but in the process, disposing of material that very well could have another life and be repurposed into the same product they came into the biomedical work environment as.”

After partnering with an institution, Polycarbin will first come into the workspace and design a customized divergent bin that doesn’t cause any obstruction to workflow. The bins are intuitive and provide visual cues to employees of the research institution to help them in recycling behavior change, explained Noah Pyles, a fellow co-founder of Polycarbin and student in Pitt’s School of Medicine.

The company then implements a software system so its partners can track every pound of biomedical waste leaving their institution. The company also provides full-service pickup and recycling for free.

The company has a number of partners signed on, but cannot reveal their names due to nondisclosure agreements.

“We have been very excited by the enthusiasm that we have been met by every side of the industry, from waste haulers to lab product distributors and staff scientists,” said Pyles. “Everyone wants this solution.”

To start, Polycarbin will likely locate itself in regions that are major producers of medical waste, like the East and West Coasts, Pyles explained. But the company ultimately intends on expanding throughout the country.

“In the long run, we plan to capture as much of this waste stream as possible to prevent it from going to landfills or incinerators where it acts as a detriment to our environment,” said Pyles.

Right now, amid the COVID-19 pandemic, business is booming for single-use plastic production. If the United States were to test half of Americans for COVID-19, more than 5 million pounds of polypropylene would end up incinerated or in landfills, Pyles explained. At this point, the nation is projected to need 3.5 billion N95 masks over a year to protect its healthcare workers. And if that number were to be met, it would mean 15.4 million pounds of polypropylene would be disposed of in incinerators or landfills.

“Once again, this is a unique material because it is highly versatile and can be recycled,” Pyles said. “We just haven’t invested in the infrastructure to capitalize on that feature of this polymer. And that’s what Polycarbin is trying to do.”

“Polycarbin’s mission, five to 10 years from now, is to ensure that scientists and clinicians have a more sustainable way to do their work,” said O’Brien. “By recreating the medical waste infrastructure and by creating a logistical system that will allow all the plastics to be recycled and then brought back into the lab as new products.”