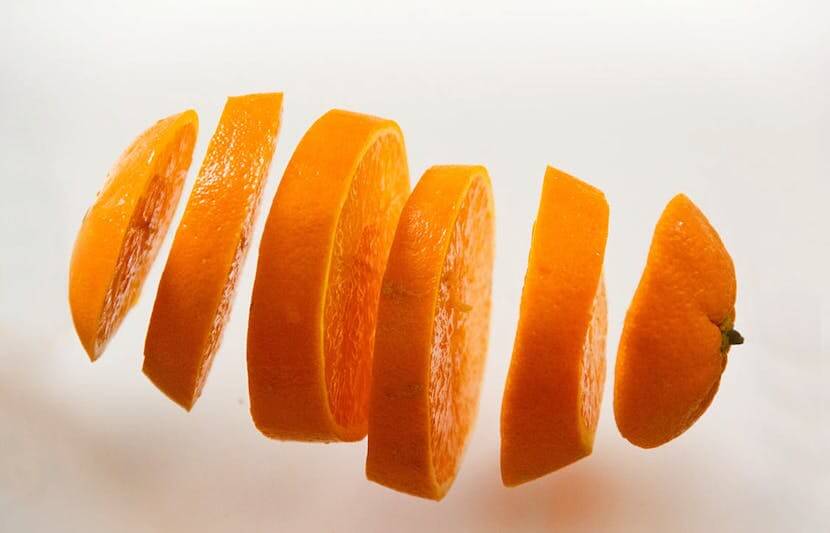 According to researchers at the University of Central Florida (UCF), the secret to constructing safer bridges or creating effective vehicles for delivering airborne medicine may lie in a familiar, but unexpected place — the peels of oranges.

When an orange is squeezed, microjets in the peel release a thin stream of fragrant oil.

Through an in-depth analysis of the mechanical structure of the orange peel, UCF Assistant Professor of Engineering Andrew K. Dickerson and graduate student Nicholas M. Smith have determined the specific mechanisms through which this oil is released.

The research is published in Proceedings from the National Academy of Sciences.

It all has to do with the structure of the layers in the orange peel.

A hard outer layer serves as a protective function, and is hard to puncture.

A second layer underneath has a white, spongy texture. This layer contains microscopic pockets of the fragrant oil.

The spongy material is flexible and capable of absorbing impact, but when squeezed to a particular pressure will puncture a hole in the outer layer of the peel. 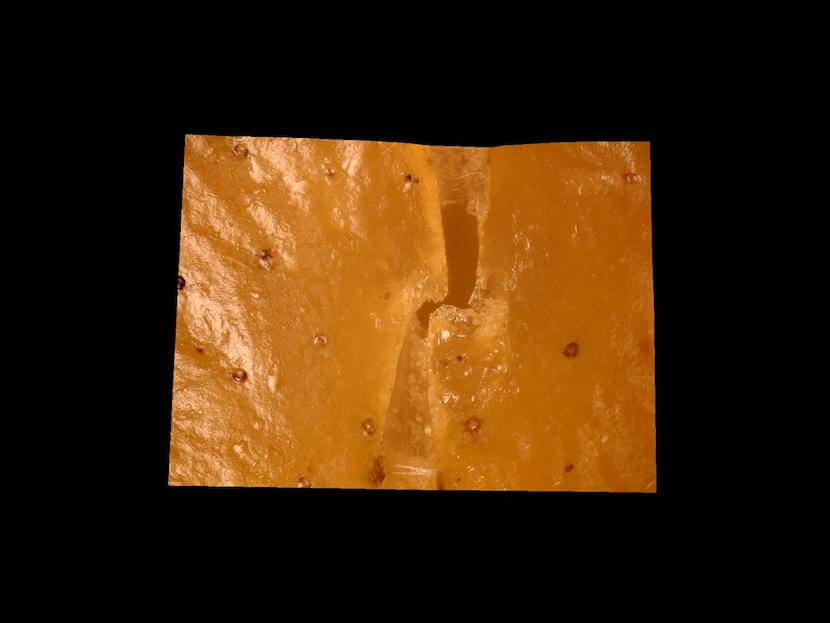 When this happens and the pockets of oil are broken, the microjets propel the fragrant oil hidden within the lower layer with astounding force. The oil is released at an average rate of 22 mph and accelerates 5,000 Gs, equivalent to 1,000 times the force astronauts experience at launch.

The researchers believe that knowledge about this biological function could be utilized in visionary designs across various fields.

“Imagine cheap, single use emergency inhalers distributed as needed at public clinics or remote villages,” he said. “The lightweight foam pad would come wrapped in a plastic pouch and protected from bending by a cardboard sleeve.”

“To use, the foam is extracted from its sleeve and positioned near the mouth,” he continued. “The user gives it a little squeeze, as if folding the foam pad in two. Jets burst from the shiny, thin membrane covering one side of the pad (this side up). The jets create a brief fine mist easily inhaled by the user. The device is now expended and dispensable.”

Such an inhaler could be designed to be easily portable, low-cost, dispensable, maybe even biodegradable.

He also envisions a unique system for monitoring the structural integrity of bridges.

“Bridge members bend, flex, and twist,” he said. “These sorts of actions cause oil gland reservoirs in citrus to burst. We envision similarly designed ‘skins’ embedded pasted onto man-made structural members. Above a critical degree of bending or twisting, they could be designed to release a dye embedded in tiny reservoirs in the outermost surface, giving us a visual (or olfactory) warning.”

Portable inhalers, color-changing bridge safety systems — unique concepts such as these may be only the tip of the iceberg. Once in the hands of creative engineers worldwide, there’s no telling how this research could be utilized.

Before these visions can become reality, however, more research needs to be done into the function of orange peel microjets.

“First, we need to work out size and proportions,” Dickerson said in a statement. “It’s important to understand exactly how the microjets work and how to tune their stability for medical application. The size of droplets and the amount of medication they carry is critical. We’ve got a ways to go before applications can be explored.”

The researchers believe that studying nature can provide interesting and unique ways of looking at engineered systems.

Dickerson, who is an expert in fluid dynamics, has already done extensive research into natural designs.

He has, for example, researched the dynamics of wet dogs and other mammals shaking their fur, as well as the way that mosquitoes survive collisions with drops of water during rain storms.

These two studies could offer insight for engineers and biologists alike. The first demonstrates how to dry large surfaces quickly, while the second could help us generate targeted strategies to resist mosquitoes.

“Nature has many iterations, generations, and millenia to trial design,” said Dickerson. “Nature is our greatest teacher. Is nature perfect? No, but it has many lessons to teach us and we are just starting to scratch the surface.”