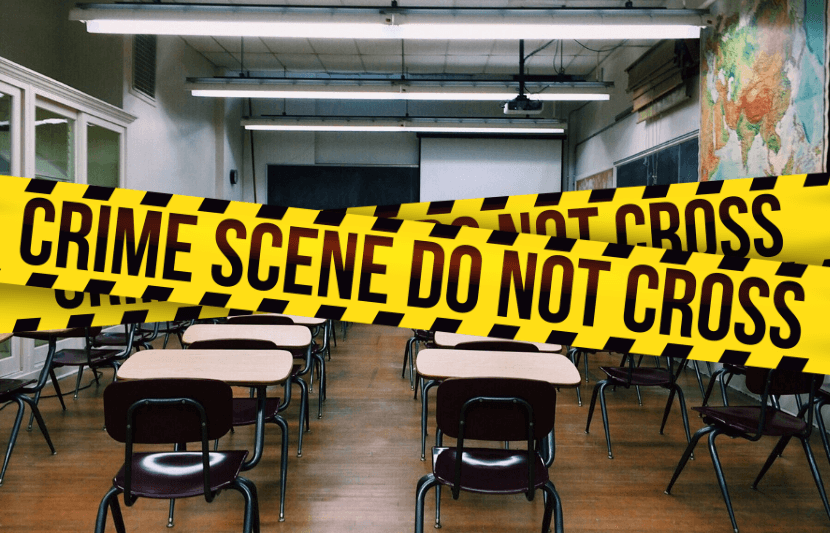 An indictment in Massachusetts, which was unsealed today, reads like a Hollywood mobster movie. There are rich, unscrupulous parents desperate to place their children in prestigious schools, fixers and university athletic coaches. And like many mobster movies, it ends with the wise guys being hauled away in handcuffs and charged under the Racketeer Influenced and Corrupt Organizations Act, commonly referred to as the “RICO.”

There is no happy ending for these groups of alleged bad actors — 50 of them altogether — but hard-working and deserving students should take heart. Now that the scope of the elaborate scheme has been exposed, maybe the college admission process will become more transparent.

The affidavit filed in support of the criminal complaint is 204 pages long, but let’s unpack some of the allegations.

The alleged bad acts occurred between 2011 and September 2018, which means that there were many years when deserving students could have failed to get a spot because someone else got in through fraud and deception.

The universities ensnared in the scheme, allegedly, by dint of their athletic coaches are Georgetown University, Stanford, UCLA, the University of San Diego (USD), the University of Southern California (USC), Wake Forest and Yale, all of which compete in Division 1 for most sports.

Now, let’s take a look at the cast of characters.

We’re not getting into the details here, but the 33 parents charged include CEOS of private and public companies, two well-known actresses and the co-chairman of a global law firm. You can check all their names in this supporting affidavit. The U.S. Attorney’s Office has charged them with one or more of the following alleged crimes:

The alleged fixers include:

These were the nine coaches who were charged of criminal acts:

The bad acts that have been alleged fall into two schemes: cheating on standardized tests and fabricating a stellar athletic record for the applicants whose parents paid for a guaranteed spot in one of the seven universities.

The alleged cheating involved having someone else — typically, a man named Mark Riddell — take the test or having him replace the test-taker’s answers with his own. Allegedly, parents were coached to seek extended test time by having their children fake a learning disability, so they could obtain the required documentation for extended time.

The athletic recruitment scam allegedly resulted in payments of about $25 million, in the guise of a donation to KWF, to Singer. He then allegedly used some of the money to bribe coaches and college administrators, so an applicant could get in as an athlete or other favored categories.

The indictment is replete with details of the alleged recruitment scam. For example, an instruction from Singer with regard to a USC applicant, on or about September 20, 2016, allegedly, was “to be a coxswain at USC through HEINEL. A profile needs to be completed. Picture coming.” The applicant, allegedly, had no prior experience in the sport.

The coaches in each instance allegedly let down their schools and their teams for hard cash. For example, according to the indictment, between 2014 and 2018, Singer’s clients made multiple payments of $1.3 million to USC accounts controlled by Heinel, which frequently was to the USC Women’s Athletic Board.

It’s not a secret that the college application process is not exactly fair, but who knew that it could be so easily manipulated? Students should get into colleges on their merit, not because they have rich parents who can afford to spend hundreds of thousands, and even millions, to help them get into schools that they don’t deserve to get into.