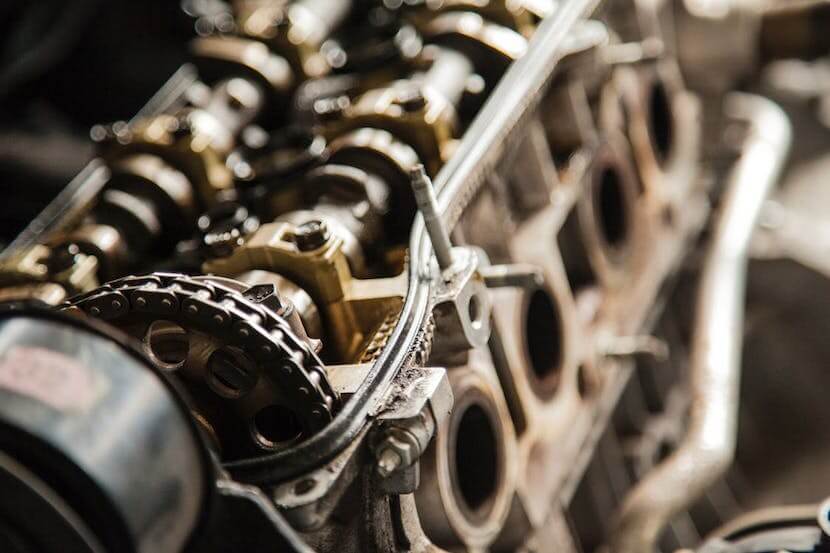 But do not fret! Graham Hargrave, professor of optical diagnostics at The Wolfson School of Mechanical, Electrical and Manufacturing Engineering at Loughborough University in the UK, and Jonathan Wilson, research associate, have developed the world’s first technology that could significantly cut NOx emissions from diesel engines.

Their technology, named Ammonia Creation and Conversion Technology (ACCT), is the only existing technology that could accomplish the task.

Up until now, vehicle manufacturers have been relying on AdBlue™, a solution of water and urea, to help remove NOx emissions from diesel engines.

When AdBlue™ is injected into the exhaust system, it vaporizes and decomposes to form ammonia and carbon dioxide before entering the Selective Catalytic Reduction (SCR) system. Once it enters the SCR, the ammonia breaks down the NOx into water and nitrogen, which are then released through the exhaust. Water and nitrogen, as we know, are harmless. 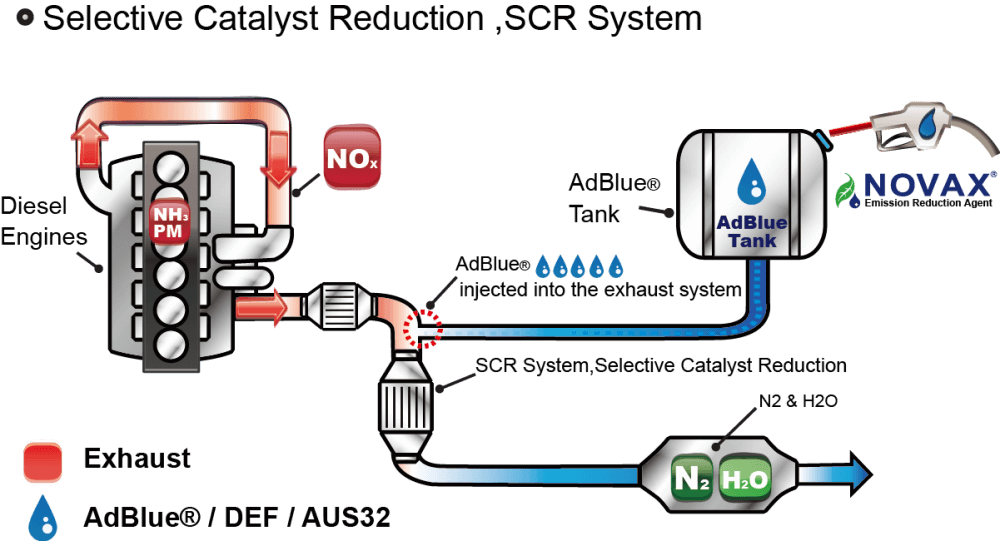 AdBlue™ sounds wonderful, so why not continue to use it?

As Wilson explained to TUN, internal combustion engines in diesel vehicles reject a lot of heat during their operation in two ways.

Firstly, the engines are designed to be kept cool, so heat is rejected by means of a radiator.

“As engines have become more efficient, we have made use of some of this energy to power other system components, most notably turbochargers, which increase overall engine efficiency,” said Wilson.

“The energy that remains is given to aftertreatment components, which mostly require heat to operate.”

So while it’s great that engines have become more efficient, the result is that “they also produce more NOx (before the aftertreatment components) and have lower and lower exhaust temperatures.”

“Unfortunately with many vehicles doing short stop/start journeys, such as buses and construction vehicles, many engines never reach the optimal temperature required for the SCR systems to operate efficiently,” Hargrave said in a statement.

If the SCR systems can’t work efficiently, then more NOx is being released into the urban environment, especially in large cities.

“We are all familiar with the ‘cold start’, where diesel vehicles spew out plumes of toxic emissions before their catalytic systems are up to temperature and able to work effectively,” said Hargrave.

What makes the problem worse is that the use of AdBlue™ at lower temperatures results in an accumulation of secondary products (other undesirable chemicals) over time, which ultimately leads to exhaust blockage and engine failure.

The inventors designed ACCT so it could be installed downstream of all the aftertreatment components, and will be the last piece of exhaust hardware before the gases are released from a vehicle’s tailpipe. ACCT’s placement means that no heat is extracted from the exhaust that could have been used by any other engine components.

Instead, ACCT “is able to use this waste energy to pre-convert AdBlue™ into the ACCT fluid, which is able to be injected instead of AdBlue™ and will never form these deposits,” said Wilson.

ACCT allows the SCR systems to work at temperatures as low as 60ºC or 140ºF.

“This means that the NOx reduction system remains active through the whole real world driving cycle, leading to significant reductions in tailpipe emissions,” Hargrave said in a statement.

ACCT has been reviewed by the Energy Technology Institute (ETI) and its potential acknowledged.

“Based upon a brief review, the ACCT technology recently developed by Loughborough has the potential to viably produce gaseous ammonia at temperatures significantly below 190°C [or 374°F], thus enabling increased conversion efficiency and lower NOx emissions,” Chris Thorne, ETI’s Chief Technology Officer for Heavy Duty Vehicles, said in a statement.

The inventors have tailored ACCT to heavy goods vehicles (HGVs), but believe that it is “fully scalable for use in all diesel vehicles.” Since the technology relies on simple chemical processes, the design for a new engine size would simply require changing the physical unit volume.

“ACCT is currently installed and running on a state-of-the-art exhaust simulation rig that allows us to observe the system operation through our optical exhaust sections,” said Wilson.

“The next step, which we are cracking on with, is to install an on engine prototype in one of our engine test cells. The process of converting the prototypes into verified engine components is a long one, however, we hope to see ACCT installed on road vehicles by the next EU emission reduction target in 2020.”

By inventing a technology that could efficiently remove NOx emissions in lower temperatures, Hargrave and Wilson have made it possible for diesel vehicles to be highly efficient and more environmentally friendly.

“ACCT has the potential to have significant effect on real world emissions from diesel engines,” said Wilson.

“By removing possibly the most significant restriction on SCR operation, engine designers are free to design a more robust engine with significantly lower emissions, not just NOx but also CO2 and particulate matter.”