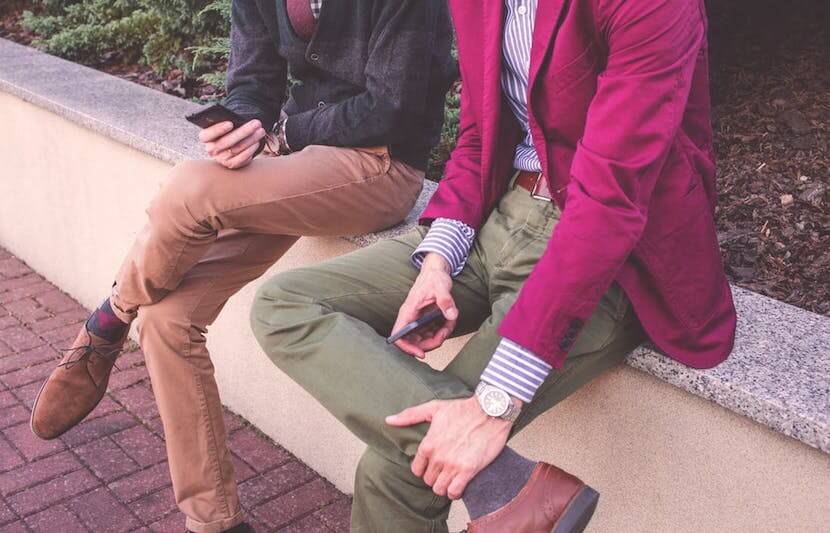 The National Union of Students (NUS) in the United Kingdom recently released a report, which defined lad culture and shared their research findings, urging universities to do more to combat “lad culture” on campus. The report titled “That’s what she said: Women students’ experiences of ‘lad culture’ in higher education,” outlines students’ current experiences of UK campuses’ lad culture.

Lad Culture in the UK

The report defines lad culture as ‘‘one of a variety of masculinities and cultures in UK university communities, which men and women may dip in and out of, but which may shape their identities and attitudes.”

The report compels by including direct quotations that highlight the experiences of students on campuses in the UK. They highlight the differences and complexities in what constitutes lad culture and how gender affects academic experiences on campus. Many students talk of being victim to misogynistic jokes such as “a drinking song about rape.” Another student recounts an encounter during her first week of university:

I was like ‘go in and buy some jugs’ and he grabbed my boob and said ‘I’ll have this one.’ He’s one of my really good friends now…but I just found that so unacceptable.

Similar stories are echoed throughout the report. Many are followed by the same surprised reaction as the woman above.

The Telegraph also found that women feel “belittled during seminars,” and are “sexually harassed in student nightclubs,” and that some students even felt that “being groped in nightclubs [is] part of a ‘normal’ night out.” Because lad culture is attached to a group, some students feel helpless to stand up against unwelcomed acts and jokes.

As defined, lad culture is not exclusively for men. The Telegraph recognizes that women may be complicit and contributing to lad culture in order to fit in socially. Sarah, a recent graduate from Cambridge University, explained to The Telegraph that women often “just laugh it off because otherwise you look like you have no sense of humour…you don’t know what to do.” The group mentality serves to establish these actions as normal and further ostracizes those who do not feel comfortable with some of the sexism that may stem from lad culture. The NUS report also includes an explanation from an interviewee:

[It’s a] culture in which misogyny and sexism is seen as cool or masculine. A lot of it revolving around sexist jokes and banter so that the sexism is trivialised so that people who challenge it are made to seem like kill-joys or people with no sense of humour.

The NUS report characterizes lad culture as a group that’s contributing greatly to the prevalence of sexism and misogyny on campus. Crucially, the supposed group mentality surrounding the culture further normalizes sexism and misogyny, allowing actions and jokes, such as those described by students above, to continue unchallenged.

As a female international student, my understanding of lad culture is limited to this perspective. I asked some of my fellow international students to share what they thought lad culture was and if they had experienced it. The five female students I talked to did not feel lad culture had impacted them strongly during their semester exchange. Two Australians noted that their interaction was mostly with international students, so it was difficult to experience lad culture or even English culture fully. One of them noted that she sees some vague resemblances to the lad culture in Australia. She proceeded to show photos of the distinct outfits worn by lads in Australia, and videos of the dance they do called “hacking.” These students did not see lad culture as being associated with drinking and sexism on campus, but rather distinct outfits and other cultural elements apart from the sexism and misogyny published in the NUS report.

At Durham University, Kate McIntosh interviewed various international students on lad culture. The students discussed societies as contributing to the group mentality aspect of lad culture. An Irish student claims they “heighten lad culture,” and Victor from Sweden saw the lad culture as “men and boys collectively, in a group, taking up a lot of public space, being loud and seeking attention.”

When it came to the most discussed and apparently prevalent aspect of lad culture – sexism and misogyny – the students were conflicted. Thomas, an international student from Hong Kong, spoke about sexist behavior as part of Durham’s lad culture, but Teresa suggested that sexism wasn’t as prevalent. When asked if she had witnessed or experienced sexism on a night out, she explained: “Never in these three months [since arriving in October], to be honest.”

An anonymous interviewee from France discussed the concept of “pulling” as linked to British lad culture. He had experienced lad culture in Durham, “more so with the British ‘lads’ than the international ones,” he said. He explained the difference between Durham and France. At Durham, there is a “constant mission to ‘pull’ and [there is] pride and honor associated with that the next morning. It kind of seems like it’s okay for the ‘lads’ to drool all over the girls, but not vice versa.” In France, “everything related to ‘pulling’ had a bit more emotion attached. It wasn’t just a quest to pull a girl, it was the quest to pull the girl that really genuinely is interested you.”

Cultures, like groups, are not strictly defined, and people may move between them. The NUS states that lad culture is strictly a culture and therefore, lad culture does not constitute the existence of lads. It is therefore attempting to move away from characterizing the person as a lad, preferring to characterize specific actions and ideas as ladism instead. But the NUS recognizes its limited role in changing lad culture and recognizes the need to work with others to create “a safer, more positive, more empowering culture” on campuses.

Improvements have been made at the policy level. British Universities and Colleges Sport, the national governing body for sport in higher education in the UK, requires each of its members to provide a code of conduct on initiations and alcohol abuse in sport. However, the NUS found in their report that policies such as this are not necessarily followed with cultural change. As such, “‘lad culture’ as a phenomenon needs to be combatted through cultural change in addition to robust policies and procedures.” In summary, the NUS notes that they will further examine lad culture through a commission that it promises to convene, as “the student movement must take action to combat the emergence of ‘lad culture’ in higher education and the negative impacts this is having on students.”

Lad culture does not have to include sexism and misogyny. In the 1990s, youth subcultures in the UK were studied by Stanley Cohen as the Mods and Rockers. Rockers rode motorcycles and wore leather jackets, whereas Mods rode scooters and wore suits. Culture, the NUS affirms, is fluid and changing. In The Telegraph, a self-professed lad sees lad culture as going to have a beer at a pub and shout at a football referee on TV, and he sees nothing wrong with that. Lad culture is currently characterized in the NUS reports with sexism and misogyny, but one hopes that it will change in the future.

Kate is a Bachelor of Arts Student, majoring in Political Science. She runs a feminist blog called Live Authentic at kateelizab.com and enjoys political discussions over coffee or wine. Kate can often be found writing or studying in her favorite local coffee shop.