TUN sits down with Dr. Belinda Wilkerson, an independent educational consultant and founder and owner of Steps to The Future, to discuss the impact of extracurricular activities on your college application.

TUN: Dr. Wilkerson, thanks so much for joining.

DR. WILKERSON: Thank you so much for having me, Jackson. I appreciate the invitation.

How big of a role do extracurricular activities play in determining whether an applicant is admitted to college? Does it depend on the institution?

The two words that you hear most often in college admissions are: “It depends.”

Maybe, this year, the college decides that they want more students who have shown or demonstrated leadership in clubs and activities. They might be looking for that. It changes from year to year. Colleges’ institutional goals play a lot into how they read a student’s application.

What is the purpose of evaluating extracurricular activities in the college admissions process? What do admissions officers gain from the process?

For example, they may look and say, “Oh this student really doesn’t do anything outside of going to class, coming home and doing homework. Would that be a good fit on our campus? Is that someone who is going to contribute to our college community?”

Are some extracurriculars weighted higher than others? Would admissions counselors prefer that a student volunteers at a nursing home rather than play a season of soccer, for example?

There may have been a time when people would look at extracurricular activities and decide, “Okay, I need to do this because this will look good.” But, that’s not the case anymore.

Admissions folks and anybody that’s shaping that class, they’re looking to find students’ depths of interest.

I hate using the word “passionate” because it’s so overused. But it’s like, “What are they showing a deep interest in?”

So, when you say, “Would they rather have them volunteering at a nursing home or playing soccer,” what they want to see is what’s genuine for that student. What are they really interested in?

If someone is volunteering at a nursing home and doing that because they think it makes them look good, well, they’re missing out on the whole point of showing who they are.

So, when admissions people are going through an application in the amount of time that they have to go through applications, they need to see some evidence that what you’re doing is of interest to you.

When they see a student who has been playing soccer since middle school, they’re on traveling teams and have really engaged in the sport, that’s a lot different than a student who is volunteering at a nursing home for a little bit and then bouncing to the next thing.

They really want to know what it is that interests you, what you’re going to bring to campus that will help their college community.

Is that theme held across schools or does it vary? Would Harvard, for example, prefer to see a student on a crew team than on a soccer team?

Not necessarily. Again, it all depends on what they’re looking for that year.

For example, in shaping their class and deciding who the students are that they’re going to offer admittance to, they may say, “Okay, we do need someone for the crew team.” That doesn’t mean that they’ll say, “Okay, that activity is going to put them over the line and make us accept them.”

They are going to look at the entirety of the candidate when they have the opportunity. Remember, typically, people are coming in with the same range of GPA and taking rigorous courses. They all kind of look the same academically.

This is where your extracurricular activities may differentiate you from another student. That’s why it’s really important that you’re doing what’s important to you, not what you think the college wants to see.

Is it quality or quantity? I know admissions officers like to see students do extracurricular activities, but should they spread those activities out or focus on honing in on one?

Focus in on the ones that really are of your interest, that are about you and not about, “Okay, there are 10 spaces on the Common App, so I’ve got to fill up all 10.”

That’s not what it’s about. Admissions folks are smart. They’re wise. They’ve been doing this. They can look at a student’s activity list and look at the number of hours that they’re putting in weekly or annually, and also understand how many hours they’re putting into their school work and say, “Okay, this person really can’t be doing a good job at this volunteer activity because there aren’t that many hours in the day. So, what are they really passionate about? What are they dedicating their time to? What are they committing to?”

Here’s the thing, Jackson. Actually, the Common App gives them less than that.

So, what I usually recommend to students, and I think a lot of my colleagues do the same, is to really hone in on that description. This isn’t a space where you have to write complete sentences. This is the space where bullet points or short phrases that are very descriptive of what you do will benefit you more. You only have 150 characters to make that case.

For example, instead of saying, “I was a member of the Boy Scouts,” in that description you want to say, “Earned 10 badges; mentored three students; volunteered so many hours.”

Thanks, again, for joining us today.

You’re welcome. Thank you so much for the invitation. Much appreciated. 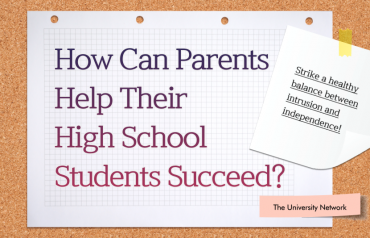