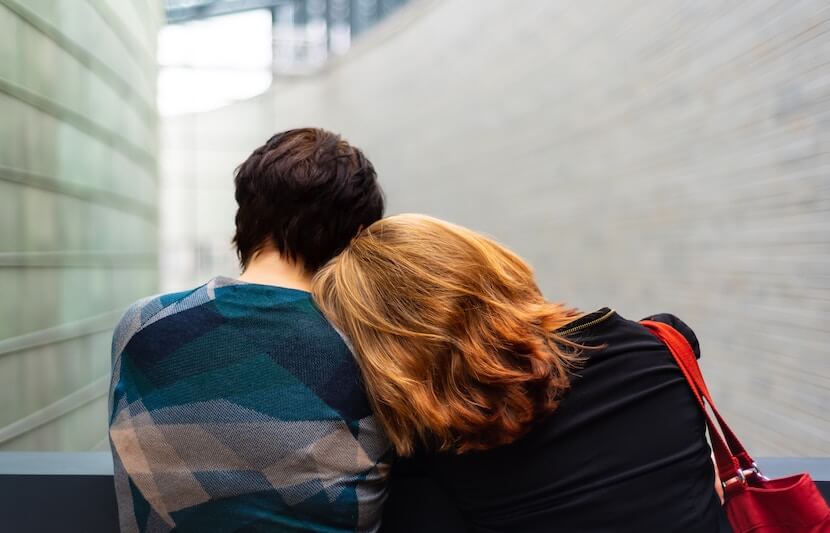 A recent study found that students who identify as transgender, gender nonconforming, or genderqueer, are up to four times more likely than their cisgendered peers to suffer from mental health issues.

To come to that conclusion, researchers looked at self-reported rates of depression, anxiety, eating disorders, self-injury and suicidality in more than 1,200 “gender minority students” attending 71 different colleges and universities around the country — the most comprehensive such study yet.

They found that nearly 80 percent of gender minority students met the criteria for at least one mental health issue.

The researchers also found that transgender men and genderqueer students are the most vulnerable to mental health issues, which is something they intend to conduct further research on.

“We were really struck by the disparities in mental health outcomes among transgender relative to cisgender college and university students,” said Julia Raifman, co-author of the study and assistant professor of health law, policy & management at Boston University’s School of Public Health.

And considering the magnitude of the disparities, many of the study’s authors agree that this is an issue in need of immediate addressing.

“There has never been a more important time for colleges and universities to take action to protect and support trans, genderqueer and nonbinary students on campus,” Sarah Ketchen Lipson, the lead author of the study and also an assistant professor of health law, policy & management at BU’s School of Public Health, said in a statement.

A 2018 study outlined some of the specific policies and accommodations LGBTQ+ students are looking for.

First on the list was gender-neutral bathrooms, which to some schools’ credit, have become increasingly common over recent years. Second was non-discrimination policies so that each student’s gender identity and expression is protected. And third was a university-affiliated student organization for LGBTQ+ students.

Some schools have already implemented these things, and others have even begun to innovate.

In addition to offering gender-inclusive housing, non-gendered bathrooms throughout the campus, and gender-accessible locker rooms, the University of Washinton (UW), for example, offers support services, mentoring, counseling, free HIV testing and safer sex education workshops, among other things for its LGBTQ+ students. Additionally, UW annually holds the Lavender Graduation, a celebration of the academic accomplishments of the school’s LGBTQ+ students.

Tufts University in Boston has gone as far as to sponsor individual groups specific to transgender students, queer students of color, nonbinary students, gender nonconforming students, and asexual students. Additionally, Tufts has a residence hall — the Rainbow House — that is geared towards LGBTQ+ students and others interested in exploring their sexuality.

And Massachusetts Institute of Technology (MIT) has also begun to make a name for itself in the LGBTQ+ community. In addition to sponsoring initiatives and campus groups, offering gender-inclusive bathrooms and housing options, and more, MIT offers student health care that covers counseling services and hormone replacement therapy.

But, it can’t stop there. More needs to be done, so that LGBTQ+ students can feel comfortable no matter where they choose to attend school.

“Mental health outcomes, as well as negative educational outcomes like dropping out, are preventable,” Lipson said in a statement. “The most effective way to prevent them would be, from my perspective, through policy changes. Inclusive policies are necessary to advance equity.”

In July, the American Association of Collegiate Registrars and Admissions Office (AACRAO) published guidance, which all colleges and universities can follow to make their campuses more inclusive and accommodating for LGBTQ+ students.

First, the AACRAO report recommends that educational institutions should let students determine when to use their chosen or legal name.

“For many students, hearing their dead name, or formerly used name, can be upsetting or even trigger severe dysphoria,” the AACRAO reports states. “Identifying a student by the wrong name in a public setting, such as a classroom or service desk, can be embarrassing and possibly dangerous for a student who is not out as transgender.”

Second, the report suggests that colleges and universities should increase their efforts in collecting and using students’ proper pronouns. Namely, it encourages schools to ask for one’s pronouns early on — in recruitment forms, applications for admissions, and more. That way, it becomes part of their record from the beginning.

Third, the report encourages schools to refrain from using “legal sex” or “sex at birth” as a proxy for a student’s gender identity or pronouns. Although there are some cases where asking someone to report their birth or legal sex is still common practice — for housing, medical records, etc. — such questions are often unncessesary. The report suggests that schools should collect information on gender identity separately from sex and include choices for male, female, transgender female, transgender male, non-binary, agender, genderqueer, as well as “does not apply.” Those who check “does not apply” should also then have the opportunity to enter their gender identity as they please in a separate box.

Additionally, gender minority students face significant barriers when applying for financial aid and scholarships, which can understandably be a big disadvantage and stressor. Although some of these barriers are beyond the control of individual schools, the report suggests that colleges and universities should “have an identified staff member who is versed in financial aid issues for students who have changed gender,” create and offer scholarships specifically for gender minority students, allow students to apply for scholarships geared towards the gender with which they identify, and offer sessions specifically designed to help LGBTQ+ people learn how to pay for college, among other things.

Such university policy changes and initiatives are clearly needed to help reduce rates of mental health issues in gender minority students. However, according to the researchers, cisgendered peers also must step in to help.

“As a cisgender woman working on this topic, I think a lot about allyship and how I can conduct and disseminate research to advance advocacy efforts,” Lipson said in a statement. “First and foremost, allies on campus need to listen to and make space for the voices of trans people.”

She adds that peers, friends and colleagues should be “upstanders,” meaning they should call out hateful rhetoric, discrimination, microaggressions, and transphobic policies.

Evidence shows that, over the course of their lifetime, more than 40 percent of transgender people attempt suicide. Since college is a time when individuals become particularly susceptible to developing mental health issues, it’s crucial that action is taken to protect gender minority students.