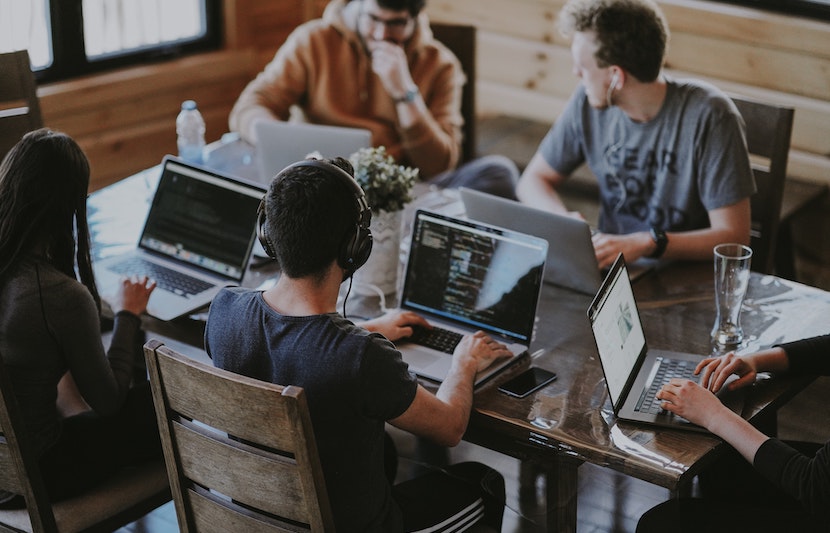 Spring is typically prime recruiting and application season for college students seeking jobs and internships. But this year, the COVID-19 pandemic has made starting a professional career more difficult than ever before.

COVID-19 has drastically changed the employment landscape. Instead of taking on new hires, companies across the United States have responded to the pandemic by laying off employees and freezing hiring.

To determine exactly how college students and soon-to-be graduates are navigating their job and internship searches amid COVID-19, RippleMatch, a university recruiting platform, surveyed 2,210 students across 367 institutions.

Here are some of the key takeaways from the company’s report.

Students haven’t given up

Despite all the employment complications brought on by COVID-19, students haven’t given up on their mission to secure an entry-level job or internship this summer.

When asked what the biggest challenge of conducting a job search is during COVID-19, 83 percent of the students surveyed reported that it’s difficult to tell which companies are hiring right now.

Seventy-four percent of students said that companies being unresponsive to applications is a challenge, and 72 percent said the stress and uncertainty from COVID-19 made their job search more difficult.

Behind those challenges, students said they’ve struggled with interviews being stalled, losing access to campus career resources, reaching out to recruiters about the status of their applications, gauging the culture of a company through remote interviews, and being able to conduct an interview over video.

Students have become open to new career paths and industries

However, students’ willingness to make adjustments does vary. Those pursuing technical or specialized roles like software engineering, for example, are less likely to diverge than those in more general roles like consulting or communications.

“The challenging employment landscape means that many candidates are considering opportunities that they might not have previously considered, giving stable – but perhaps less widely known – industries the chance to stand out,” according to the report.

Most students who were hired will still be able to keep their job, internship

Despite the complications caused by COVID-19, 60 percent of entry-level jobs and internships are set to move forward, according to the report.

A total of 12 percent who had internship offers said they have been cancelled, and four-percent of students who had secured entry-level jobs were told their offers had been rescinded. Of the students who had their offers rescinded, only 11 percent said the company they were supposed to work or intern for offered any sort of financial stipend.

The majority of students surveyed said they had heard back from their prospective employer, but 24 percent have yet to hear anything at all regarding the status of their job or internship.

Although students understand COVID-19 has put companies in a very difficult place, they still have significant concerns about how this pandemic will affect their professional experiences.

Overall, students who’ve been told their internships or jobs will be conducted online consider themselves lucky and are still excited about their opportunities.

But, they worry that remote work will limit their abilities to form strong relationships with company managers and leaders. They are also concerned that they won’t be able to form communities with their peers, that their work performance won’t be as strong, that they won’t be able to develop professionally as well as they otherwise would, and that their work performances won’t be evaluated as accurately online as they would in in-person evaluations.

“I am so grateful to still have the chance to intern despite the economic turmoil facing most businesses. Selfishly, I am feeling anxious and concerned on how the internship will better me professionally and personally now that it is remote,” one student responded.

A company deciding to delay a start date for new hires amid the COVID-19 pandemic is relatively understandable to the majority of college students. What they mostly feel concerned and anxious about is the lack of communication they’re receiving from their employers.

While about 38 percent of students who accepted full-time jobs and were told their start dates would be pushed back were informed that they’ll have to wait an extra month or two, 34 percent haven’t heard back at all.

“This company is very unclear with whether the role will proceed,” one student responded. “They send emails weeks apart but offer no concrete details beyond that it will not continue at the original start date. It has been very distressing and I feel as though they are not transparent.”

In some cases, the lack of transparency is forcing some students to consider making alternative plans.

Of the internships that were shortened, most were cut by 25-50 percent. And although students, for the most part, understand that companies can’t have employees come in to work right now, some would prefer internships be moved remote than shortened.

“The fact that my company opted to cut out a full month instead of switching to remote increased my likelihood of reneging on the offer,” one student responded. “I’ve now begun talking to other companies because I would rather have more time to learn and earn money remotely than less time for those things but in-person.”

Amid the COVID-19 pandemic, some companies simply can no longer afford to take in and train interns this summer. Although that’s understandable, students complained about being left in the dark after being notified their opportunities would no longer be available.

Of the 12 percent of students who had their internships canceled, 38 percent said their prospective employer took no additional action other than just telling them their internship wouldn’t take place.

About 28 percent of employers who canceled internships told the students they would be prioritized for opportunities next year, but only 11 percent received any sort of financial stipend.

Things were a bit better for those who had their job offers rescinded, as 68 percent of employers offered to stay in touch about any open positions in the future.

Overall, students’ resilience amid the coronavirus-induced job market collapse is impressive. The virus has already taken away a significant portion of their college experiences. For graduating seniors, it’s taken away their final semester on campus with their friends and professors. But, they won’t let it take away their future.