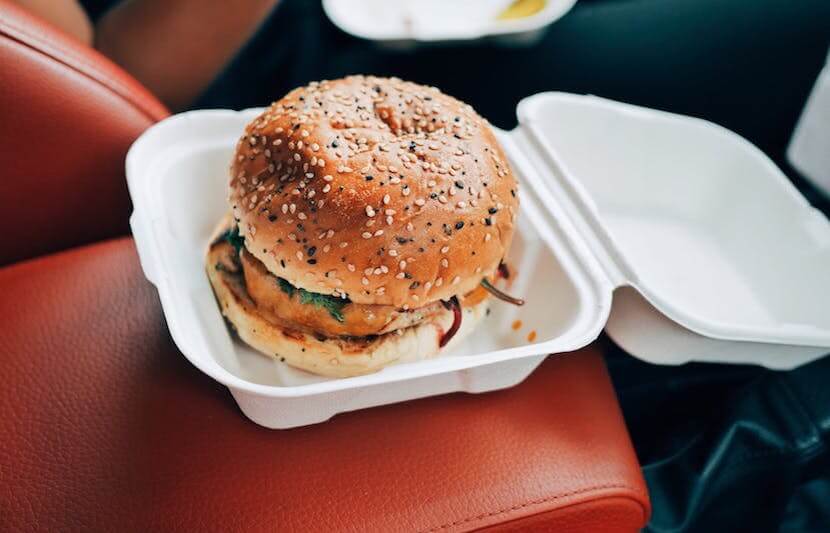 If you’re running late or need to grab a quick bite to eat in between classes, a stop by the dining hall or a restaurant for some to-go food is often the move.

But common takeout containers, made out of plastic, styrofoam and aluminum, carry a hefty carbon footprint and are often difficult to recycle, making them increasingly damaging to the environment.

A new Manchester University study found that there are 2,025 million takeout food containers used in the European Union (EU) each year. However, if society finds a more effective way to recycle or re-use these containers, it could help reduce annual greenhouse gas emissions equivalent to that produced by 55,000 cars.

This research, which is the first ever comprehensive study of the environmental impacts of takeout containers, comes at a pivotal time, as the global takeout food market is only growing. In the EU, alone, the takeout market is expected to be worth more than $91 billion in 2020.

Since the desire for takeout is clearly not going to slow down, the researchers set out to determine which common takeout materials have the lowest carbon footprint and to assess each material’s recyclability.

Out of the three common takeout materials tested, the researchers found styrofoam to have the lowest carbon footprint — 50 percent lower than aluminum and three times lower than plastic.

But currently, styrofoam containers are not recycled. Instead, they often end up as litter.

Until an effective recycling method is developed, they can’t be considered a sustainable packaging option.

“Because they are so light, the styrofoam containers can easily be blown away, contributing to urban and marine litter,” Joan Fernandez Mendoza, a researcher in Manchester’s School of Chemical Engineering and Analytical Science and co-author of the study, said in a statement.

“So, despite their lower life cycle environmental impacts relative to the other containers, styrofoam containers cannot be considered a sustainable packaging option unless they can be recycled at a large scale,” he continued.

As part of their recycling policy, the EU has high hopes to recycle half of the styrofoam containers already in use by the year 2025. While such a measure would help limit greenhouse gas emissions, it will be difficult to accomplish.

“Achieving this level of recycling of styrofoam containers is going to be challenging,” Alejandro Gallego-Schmid, a lecturer in Manchester’s School of Mechanical, Aerospace & Civil Engineering and lead author of the study, said in a statement.

“Although technically possible and practiced at small scale in some countries, the main difficulties are related to collecting the used containers and the associated costs,” he continued.

As for now, the researchers still recommend reusable containers. They found that if Tupperware containers were reused more than 18 times, their carbon footprint would be lower than styrofoam.

In addition, companies have sprouted up that offer subscription-based reusable container programs. GreenToGo, a company based in Durham, North Carolina, makes it so people can take their food home in reusable takeout containers, wash them, and take the containers back to any participating restaurant.

“As consumers, we can play a significant role in reducing the environmental impacts of food packaging by reusing food containers as long as possible,” Adisa Azapagic, a professor in Manchester’s School of Chemical Engineering and Analytical Science at Manchester and project leader of the study, said in a statement.

“Our study shows clearly that the longer we reuse them, the lower their impacts become over their extended lifetimes,” she continued.