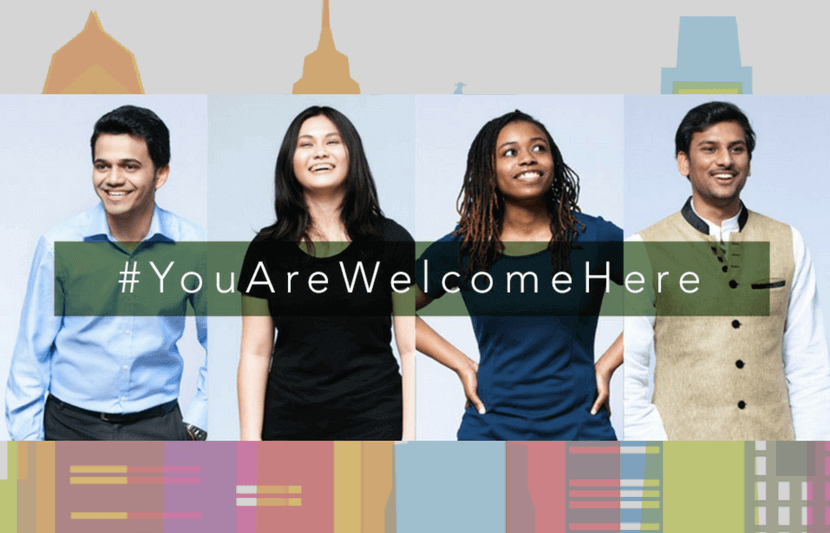 Universities in the U.S. have long been a preferred destination for many of the world’s brightest students. Unfortunately, with increasingly vocal calls against immigration and the Trump administration’s attempted ban in January this year, some international students are questioning if they should risk attending universities in this country.

EMU has installed light post banners featuring 108 students from the university’s international student community around campus and on major roadways in Ypsilanti. Each banner features a select student’s photo and home country, and is paired with another banner bearing the hashtag #YouAreWelcomeHere and the phrase “That’s True.”

The university has an enrollment of nearly 1,000 international students who come from 80 different countries.

The banners reflect EMU’s continuing efforts to support the national campaign to welcome international students. The university joined the #YouAreWelcomeHere Campaign in April this year.

The #YouAreWelcomeHere Campaign spread across many campuses in the U.S. and Canada in recent months as a response to the change in political climate in the U.S. The Campaign’s aim is simply to show international students that they are still welcome.

EMU has embraced that message, and is committed to providing resources and common ground for its international students. The university’s #YouAreWelcomeHere video drives home the message.

Kraft adds that many students and members of the campus community have adopted the phrase “You are welcome here” since the launch of the campaign. “They are using it as a way to welcome people into our community,” he said.

EMU was inspired to join the campaign when university leaders witnessed the positive impact it was having on the campus of Temple University.

“The idea came from Temple [University] to encourage the students and school community to let international students know that the U.S. is welcoming,” Kraft said. “We recognized the implications and saw it as an opportunity to expand our international footprint.”

EMU joined the campaign, Kraft explains, to show that it is a “welcoming environment to the international community.”

“We didn’t start it, but we believe in it,” Kraft said. “Now many of us are adopting it and its message.”