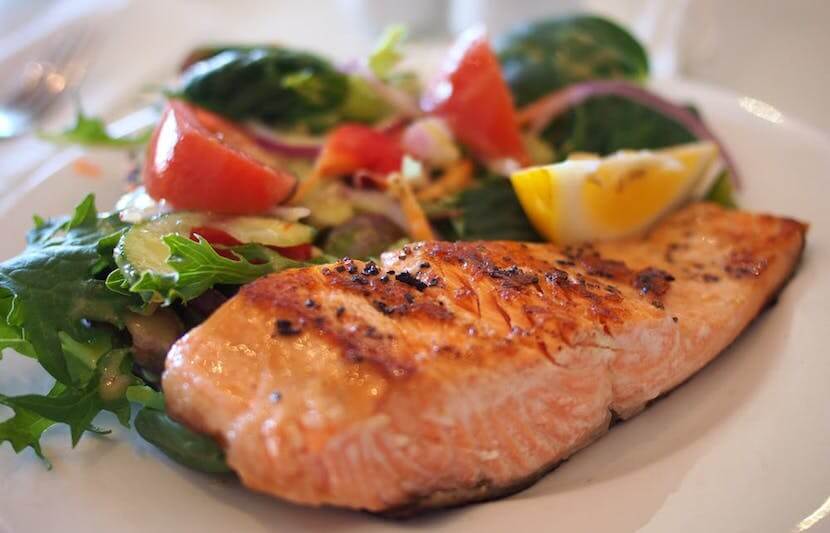 Aquaculture — the cultivation of fish and other marine animals for consumption — is poised to become a major food sector over the course of the next century. However, a new study finds that the industry can expect to be hit hard by warming water temperatures and extreme weather.

This study, conducted by researchers from the National Center for Ecological Analysis and Synthesis (NCEAS) at the University of California Santa Barbara, is the first comprehensive analysis of how climate change may impact the future of aquaculture.

As the world population continues to explode — it is expected to reach 9.2 billion people by 2040 — there is a growing need to find new ways to feed the people. Aquatic farming, also known as aquaculture, is the fastest growing food sector in the planet and an increasingly vital form of food production in a growing world. 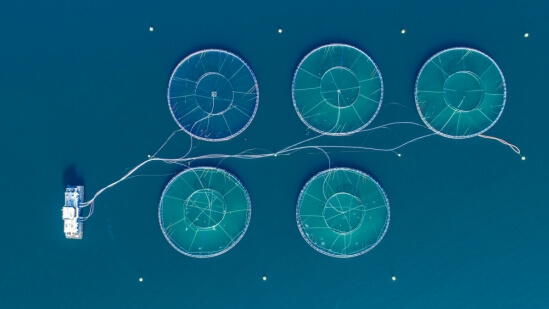 “ ‘Blue Growth’ or the ‘Blue Economy’ represent the support of the sustainable use of the oceans for food, livelihoods, and jobs, given those things do not undermine the health of the oceans,” said lead author Halley Froehlich, a postdoctoral researcher at NCEAS. “This type of development is already important in developed and developing nations around the world.”

Fish, which already account for 16 percent of all animal protein consumed globally, can serve an important role in feeding the rich, the middle class and the poor.

But the seafood industry is rapidly changing. Wild fishing has stagnated since it hit a peak in the 1990s, and seafood producers are increasingly turning to fish farming.

Shifts in the industry and in the global climate have forced producers and policymakers to adjust their development strategies, Froelich explained.

“In the past, much of that focused on wild fisheries reform and better management practices, because that’s where the majority of our seafood came from,” said Froehlich. “But, wild landings have plateaued and aquaculture – also known as aquatic farming – has filled the ‘seafood gap’ in the growing demand.

“Thus, much of the focus now and in the future for Blue Growth includes sustainable development goals for aquaculture, the fastest growing food sector on the planet with substantial potential.”

Aquaculture has a lot of potential as a sustainable food source, but it also faces a lot of challenges in the future due to climate change.

The UC Santa Barbara study focuses on the possible climate change impacts on the production of marine finfish and bivalve aquaculture, such as clams, mussels and oysters, to 2090.

The research shows that aquaculture can expect to face an overall decline in productivity due to factors like warming water temperatures and increasingly acidic waters, and some farmers are already experiencing declines in their production.

“What we found was the greater warming extremes anticipated to occur in the future will likely result in greater potential for declines in production globally,” said Froehlich.

“In addition, it appears the triple threat of warming waters, changes in the primary food source for bivalves (phytoplankton), and ocean acidification make bivalves more vulnerable to climate change compared to finfish.”

There are already examples of aquatic farmers being affected, even displaced, by climate change. Some oyster farmers in the Pacific Northwest of the U.S. are moving away due to increasingly acidified waters. In Australia, there have been instances of farmers relocating salmon farms due to warming waters.

These examples are, unfortunately, few and far between due to the lack of research that has gone into the issue to this point, Froelich noted.

“More research is desperately needed at the local to global scale in this field,” said Froehlich. “Our paper is an important part, but certainly not the end-all when it comes to understanding and preparing for impacts of climate change on this important food production system. We still have a lot of work to do.”

Froehlich also emphasized that consumers, farmers and governments alike should begin preparing for potentially serious disruptions to the industry sooner rather than later — particularly in regions that are more dependent on aquaculture

Indo-Pacific countries, such as China, Bangladesh and Indonesia, currently account for 90 percent of farmed fish globally. These countries, which rely on aquaculture to feed their populations, will have to find ways to manage the disruptions to the industry that climate change will cause.

The research also shows that changes in water temperature and acidity will make some patches of ocean more favorable for growing fish while others will become less productive. Certain species will also be heavily affected by the changes, making them less viable food sources in the future.

Some projections indicate that finfish production could decline as much as 30 percent in some areas, and it is possible that without intervention, there could be a complete loss of hospitable waters for bivalves.

“At the country and local levels, growing more resilient species and/or placing farms in waters anticipated to be less affected by climate change pressures are possible options,” said Froehlich.

“However, this type of preparedness cannot just fall on the shoulders of farmers. Governments need to be proactive and prepared for the changes to come because one cannot just simply select or change to just any species to grow due to things like possible native-only restrictions or lacking access to necessary technologies or supplies.”

“Similarly,” she continued, “most farmers cannot just place or move farms wherever they want in the oceans. These types of limitations make planning critical for future sustainability goals for Blue Growth.”

Climate change is expected to impact the global poor the hardest, and aquatic farmers are no exception. The changes are likely to benefit those farms that can afford to move their production, while small ocean farmers in unfavorable areas will be those that are hit hardest.

“The issue is less about whether or not we will be able to grow enough fish in the ocean under a changing climate globally — we can — and instead about who wins and who loses, and by how much,” co-author Ben Halpern, director of NCEAS and a professor at UC Santa Barbara, said in a statement. “Climate change will likely have highly inequitable consequences among ocean farmers.”

As a result, the efforts of governments and large scale organizations with large resources must take a leading role in fighting back the negative effects of climate change. Effective planning will not nullify the disruptions that are likely to take place, but it may help mitigate them.

In addition, there are steps that individuals can take to help promote Blue Growth and mitigate the effects of climate change as much as possible.

“One simple way [to promote sustainable aquaculture] is realizing not all aquaculture is created equal and supporting the farms and farmers that are acting as stewards of the ocean,” said Froehlich. “Consumers can do this by actively asking restaurants and grocery stores where their seafood comes from and making sustainable choices, like certified Aquaculture Stewardship Council (ASC) and/or locally farmed seafood.

“Other ways are in the policy and regulatory frameworks for aquaculture, especially those that support transparency and traceability of seafood and associated supply chain, like the U.S. National Oceanic and Atmospheric Administration’s (NOAA) recent Seafood Import Monitoring Program (81 FR 88975).”

“We’re no longer in a time of ‘farmed versus wild’ seafood; it’s now ‘farmed and wild,’ so our science, research and planning for a sustainable future with 10 billion people by 2050, especially under climate change, must reflect that,” said Froehlich. “We feel this research adds to the understanding and hopefully provides additional insights and considerations moving forward.”