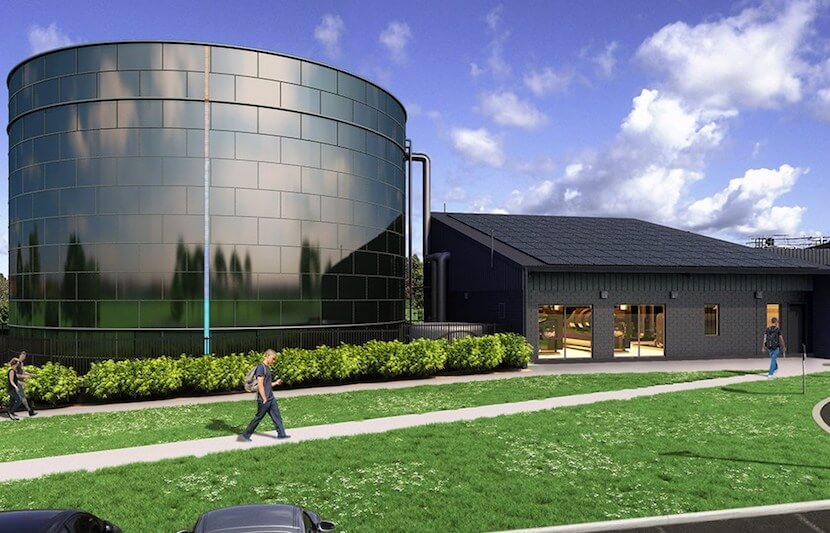 A brand new solar-powered air conditioning system at the University of the Sunshine Coast, Australia, was named one of five winners at the 6th Global District Energy Climate Awards 2019, a series of awards that seek to recognize innovative and sustainable district energy systems. The ceremony was held in Reykjavik, Iceland, on Thursday, October 24.

USC and Veolia, the energy company who helped design and implement the system, claimed the “Out of the Box” category for their development of the “water battery,” a novel thermal energy storage system that utilizes solar power to satisfy the entire university’s air conditioning demand.

USC’s one-of-a-kind system, which began operation in August, uses 6,000 solar panels to cool a tank filled with 4.5-megaliters of water. The water is then used in air conditioners across the university’s campus. Air conditioning is the single most significant draw on energy on USC’s campus, accounting for 40 percent of the campus’ daily energy usage.

By transitioning to the new system, the university now powers its entire air conditioning system with renewables, supplying 15 buildings across the campus with cool air. The water battery is expected to save the university $67 million on electricity costs and reduce its carbon dioxide emissions by 92,000 metric tons over the 25-year lifespan of the system.

“USC has a plan to be completely carbon neutral by 2025, which is a challenge to any budget because it requires significant changes to the way energy is captured and consumed,” Dr. Scott Snyder, chief operating officer at USC, said in a statement. “So, we really did have to think out of the box, and by forming a partnership with Veolia, we were able to negotiate a 10-year plan that suited us both and delivered major energy savings to the University.”

The awards organization cited the collaboration between USC and Veolia as the driver behind the award-winning project.

“Ultimately it was the strength of the partnership between USC and Veolia that underpinned the entire project. It was the combination of the sophisticated engineering design, the close partnership, and the innovative ownership agreement that have delivered an ‘out-of-the-box’ industry-leading solution to reducing the University’s carbon footprint,” the organization writes in a press release announcing the award.

The Barredo Colliery in Mieres, Spain, won the “Emerging Market” category, which recognizes the implementation of a district energy system in a country that does not yet have an established district energy market. This system utilizes water in inactive coal mines to harness thermal energy. The new network has a power capacity of 2.2 megawatts and is entirely free of greenhouse gases.

The ReUseHeat project in Braunschweig, Germany, won the “New Scheme” category, which recognizes the vision of a new, energy-efficient district energy system. Initiated by Veolia subsidiary BS Energy, this system recycles waste heat from a new data center. The heat from the data center will be fed into a district heating network, which will be used for space heating and domestic hot water production in a nearby housing development.

The Kaunas district heating system in Kaunas, Lithuania, won the “Modernization” category, which recognizes the district energy modernization effort that had the largest impact on the system’s effectiveness and efficiency. Over the past five years, AB Kauno Energija, the municipal district heating system provider for the city of Kaunas, overhauled the city’s heat production facilities and network pipelines, integrating 9 biofuel combustion water heating boilers with a total capacity of 85.3 megawatts and initiating 16 trunk pipeline building and reconstruction projects. As a result of these efforts, the usage of natural gas in the Kaunas district heating system has decreased from 95 percent to 10 percent while the usage of renewables increased from 3 percent to 90 percent. AB Kauno Energija’s heat production facilities also decreased their carbon dioxide emissions by 27.7 percent.

Öresundskraft District Cooling in Helsingborg, Sweden, won the “Expansion” category, which recognizes the district energy system that best executed an expansion into a new sector or area. Öresundskraft, which supplies district cooling to customers in downtown Helsingborg, re-engineered their system to allow for an expansion to 30 megawatts of cooling capacity while improving energy efficiency and environmental performance. Whereas traditional coolers use hydrofluorocarbons (HFCs), a greenhouse gas, to provide district cooling to customers, the revamped system utilizes sea water and absorption cooling technology. In effect, CO2 emissions from Helsingborg’s district cooling were reduced by 1,173 metric tons, or 92 percent.