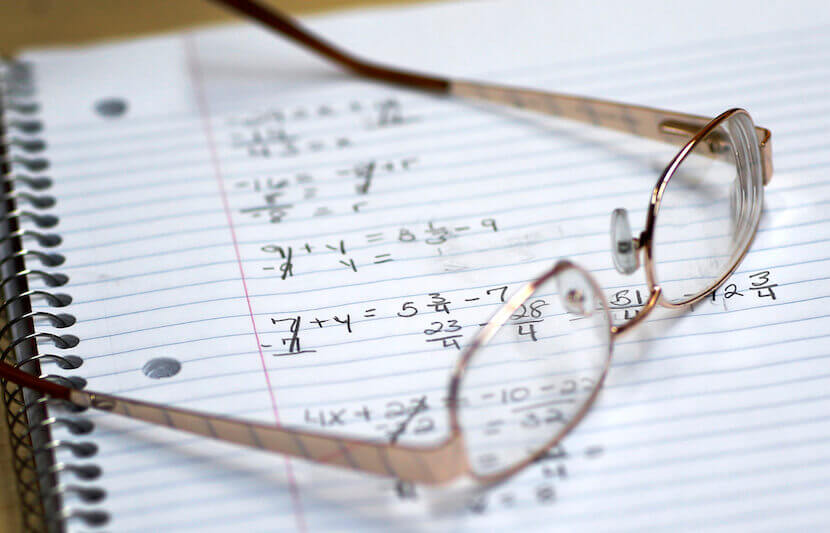 Although going to college offers the promise of engaging with new ideas and learning new skills, when it comes to math, the experience can sometimes be like high school all over again.

In a new study of more than 5,000 students in two- and four-year colleges across the nation, I found that roughly one in five took a math course that their high school test scores suggest they don’t need – and one that they had already completed in high school. I call this redundant math.

I examined students’ scores on a national high school math test, along with the math courses they took in their first year of college. I found that many could probably have passed a higher-level math course in college if they had they taken it. I base this finding on other students in the sample who had similar test scores and who passed more advanced math courses. Instead – for reasons not immediately apparent – these students took a lower-level course that they had already completed in high school. This raises questions about whether the math these students are taking in college is a waste of time and money.

I am exploring these questions as a former public high school math teacher and as a researcher who specializes in the study of higher education. My goal is to find the best ways to help more students attend and complete college, on time and efficiently.

It’s important to figure out when students are taking redundant math because too many math courses in college can be a stumbling block. For instance, research on community college students has shown that the more time students spend in remedial or “developmental” math courses, the less likely they are to stay in school and get a degree.

A colleague and I also found that requiring students to take just one additional semester of math significantly reduced – by about 13 percentage points – whether or not community college students showed up the next semester.

Certainly, remedial or developmental math courses may give students the opportunity to shore up math skills, get accustomed to the rigors of college work and prepare for the workplace. However, are these benefits worth the time and money if students are taking math classes that may be unnecessary and may lead to them not finishing school?

That’s why it is important to call various math courses what they are. For instance, many students are said to be taking “remedial” or “developmental” math courses in the nation’s colleges and universities. But what I found is that roughly 40% of students who start college in a remedial math course were actually in a redundant course: that is, a course they took and passed before in high school, and based on their math test scores, these students could have passed a higher-level math course in college.

Who is taking redundant math?

The problem of redundant college math was not confined to two-year colleges, where 25% of students were in redundant math courses. In four-year colleges, it was 18%. Taken together, this represents roughly one in five of all college students. Redundant math was also more likely the experience of students attending public college and universities (22%) than those attending private colleges (16%). And it was also more common among those attending less selective colleges (24%) than those attending more selective institutions (14%).

The data also suggest that female students and students from lower-income families were more likely to be found in redundant college math. This raises questions about inequitable college opportunities and experiences for these students.

But why are there students in redundant math in the first place? For one, redundancy exists because high schools and colleges sometimes operate off of different definitions and standards of “college readiness.”

For example, in a related study, another colleague and I found that almost two-thirds of high school students in one California school district placed into remedial courses when they went to community college, even though they had achieved high scores on state standardized math tests and – based on those scores – were deemed ready for a four-year college. These students would have avoided remedial courses altogether if they attended a four-year college, but ended up in remedial courses because placement testing in the community colleges they attended found that they were not ready.

The problem is that placement tests aren’t always precise. For instance, a 2012 study found that about one in four community college students who were actually ready for college-level math courses was wrongly placed in remedial courses. Consequently, over half of community colleges across the nation have reformed their approaches to developmental education by moving away from sole reliance on placement testing.

Placement testing, however, is not the only cause of redundant math course-taking. Certain students, due to math anxieties, self-confidence or motivational issues, may choose to take lower-level math on their own. Or some may be taking the easiest math course they can just to satisfy whatever math requirements they may face.

For that reason, it may be worthwhile for advisers at both the high school and college levels to ask students about their reasons for taking one kind of math instead of another – and to discuss the potential consequences of those decisions.

A lot is at stake, including time, money and resources. If the problem of redundant college math can be solved, then college just might become a little cheaper, quicker and more equitable for students. But a problem can’t be solved without first calling it what it is.

Federick J. Ngo, an assistant professor of higher education at the University of Nevada, Las Vegas, previously published this article in The Conversation, a nonprofit news organization bringing knowledge from academia to the wider public. Articles are written by scholars who are experts on issues of public interest, assisted by editors who help unlock the knowledge.