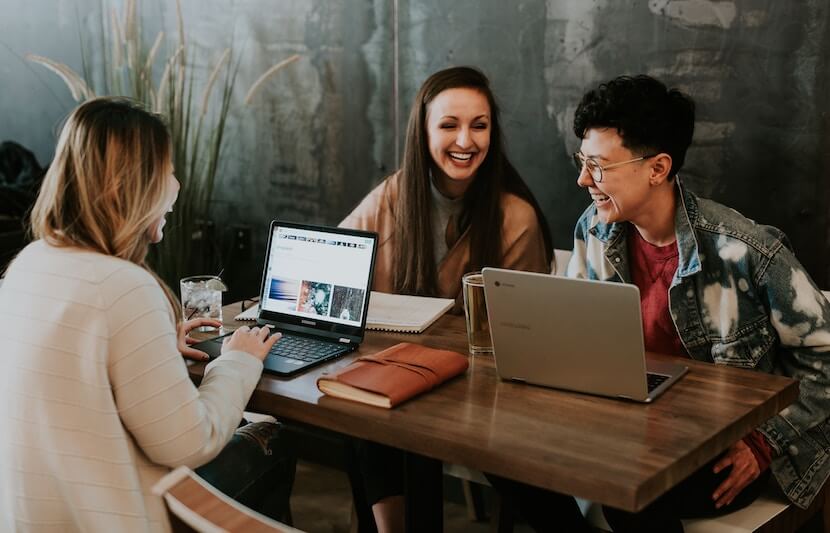 Students who work while they’re in college will likely make more money after graduation than their classmates who choose not to work.

That’s according to a new study published by the Education and Employment Research Center at Rutgers University.

To conduct the study, researchers from Rutgers and the City University of New York (CUNY) analyzed the earnings of 160,000 students who enrolled in public two-year and four-year universities between 1999 and 2008. They found that those who worked part-time or full-time in college averaged post-college earnings up to $20,000 higher than their non-working classmates.

“What we found was a remarkably consistent result,” Daniel Douglas, a senior researcher at Rutgers’ Education and Employment Research Center and visiting assistant professor of educational studies at Trinity College and a co-author of the study, said in a statement.

“Working students appear to benefit from the experience, even if they do not complete a degree,” he continued. “We tried numerous ways of measuring work during college and post-college earnings, and we tried different statistical methods of addressing ‘selection bias.’ But in every case, the general pattern was the same.”

The researchers considered age, race, college major, grade point average, work history, and more to come to the conclusion that any student who works during college — no matter who they are — has a greater chance at earning more money after leaving college than their non-working peers.

And the more money that a student earns while working in college, the higher they can expect their earnings bump to be after leaving. Those pursuing their bachelor’s degrees who made between $15,000 and $25,000 in their first year of college made, on average, $10,179 more after they left. And those who made over $25,000 received an earnings bump of $20,625.

So, should you work in college?

Nowadays, working in college is common. In fact, 62 percent of undergraduate students have a job of some sort while they’re enrolled, according to research by the National Center for Education Statistics (NCES).

But typically, they work because they need money to pay for tuition, books, rent, and everyday living expenses, such as groceries and toiletries. So, up to this point, students have largely perceived work as a necessary burden.

In fact, 54 percent of undergraduate students said that they couldn’t afford to go to college if they didn’t work, according to the NCES study.

With this study, however, perhaps they can also consider working in college as an investment in their future.

“Our research shows two strong relationships,” Douglas said. “First, the more one works during the first year of college, the higher their earnings after. Second, the further one gets in college — by earning more credits and by completing degrees — the more they earn after. This suggests that one should add work to study, but not to the point that it gets in the way of being successful in college.”

Clearly, students’ personalities have some sort of effect on how much they will earn after college. Those who have the drive and ambition to make as much money as they can in college, will likely do the same after they leave.

However, personality isn’t the only factor.

The researchers suggest that students who work in college gain cognitive and soft skills that are valued by employers, are able to build their resumes, and acquire a larger social network, which can help them land a job after school. After all, more than 70 percent of people earn a job through networking.