TUN sits down with Sylvia Vukosavljevic, a college admissions consultant with Veritas Prep, who offers some tips on how to write great supplemental essays.

TUN: Sylvia, thanks so much for joining us.

There are so many terms to keep track of in college admissions. Can you explain what a supplemental essay is?

Most students are going to submit many different kinds of essays in the college admissions process. Different schools want to see different things.

There’s not really a national standard in the United States for college applications like there is in some other countries. Every school gets to actually ask you different kinds of questions.

Most students are going to submit a Common App or Coalition App. Those applications have one standard essay, which most people call the “personal statement.”

However, there are many, many extra “supplements” or “extra essays” besides that. Schools have unique sets of essays that they assign to students. That’s what people call “supplemental essays.”

Some schools almost never have extra questions. That’s really nice because you can actually just submit those applications with one essay and you’re done. Drexel is a school like that. Cal Poly doesn’t even ask you for essays.

But most schools, especially the selective ones, really want to see many extra answers. If you’re applying to Harvard, Princeton or Stanford, for example, you’re going to have to write two, three, four or five extra essays. Those range in length from 100 words all the way to 500 and 650 words.

For some schools, it really does matter a lot what you have to say in the supplemental essays. Other schools are looking for more raw data.

But, for the schools that care about your supplemental essay, they can definitely make or break your chance of admittance.

If you can make your essay align with the school’s priorities and what the school’s looking for in a student, that can be really helpful to you. It’s a kind of aggressive way of approaching the application if you can really tailor your supplemental essays to schools.

I know they come in many forms, but are there any common supplemental essay prompts that you could kind of run us through that students should be aware of?

There are two or three prompts that every school asks.

One is, “Why are you interested in your chosen field or your major?” That’s huge.

The second one is, “Why our school?”

A lot of students will answer that in a boilerplate, templated way and send the same response to all schools. Universities can sniff those out from a mile away.

If you actually do your research, you’re going to be in a much better place. You’ll stand out, and schools will like you. Admissions officers are also looking to see that you’re going to come if they give you an offer. They care about something called “yield.” If they think you’re going to yield, that’s a huge benefit to you.

The third one is, “Tell us about an extracurricular you’re passionate about.”

You really want to show some kind of expertise that aligns with what the school is looking for. Again, research will get you everywhere in that process. The more research you can do for these essays, the better off you’re going to be. The school is going to feel that you are a fit and that you will yield.

That’s what they really care about.

That’s a really good question. Supplemental essays are completely different from the Common App essay (or other personal statements).

When you’re writing the Common App essay, it’s in the personal narrative style and you’re like, “Yeah! Everyone wants to know the real me.” It’s so touchy-feely.

For students building model bridges at home because they want to be civil engineers or doing high-level science research in a lab, it’s going to be important to drill down on some of those experiences in the supplementals. Taking it a step further, it’s important for applicants to relay how their experiences will transfer to the school(s) they’re applying to.

Do you have any other additional information, maybe tips or tricks that we didn’t go over yet, that you think students should know when writing their supplemental essays?

I think the biggest tip or trick is to research the school. So many times, students want to say, “Oh, I really love that campus. Or it’s beautiful at Dartmouth, I want to go and run on the green. Or things like that.”

You want to really think about how the school thinks. What do they value? What resources can you really take advantage of during the four years?

College is one of the most resource-rich times in the life of any person. It’s very interesting because a lot of students are just thinking about the fun they’re going to have or the campus, but schools want to know that you’re going to use those resources. So, research.

The other thing I would say is, if you have something that’s a little different to share and it’s idiosyncratic, share it.

If your family is like the “My Big, Fat Greek Wedding” family and you learned how to do something interesting because of that, share that. If you like to rock climb on the weekends and you’ve climbed 46 peaks of the Appalachians, you want to put that out there and differentiate yourself so that they also can remember you. Memorability has a value too.

Thanks, Sylvia, for joining us today.

Thank you so much. 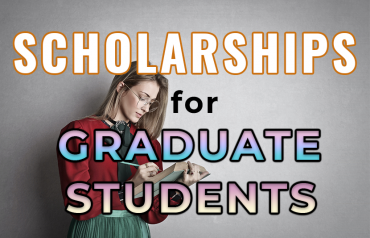