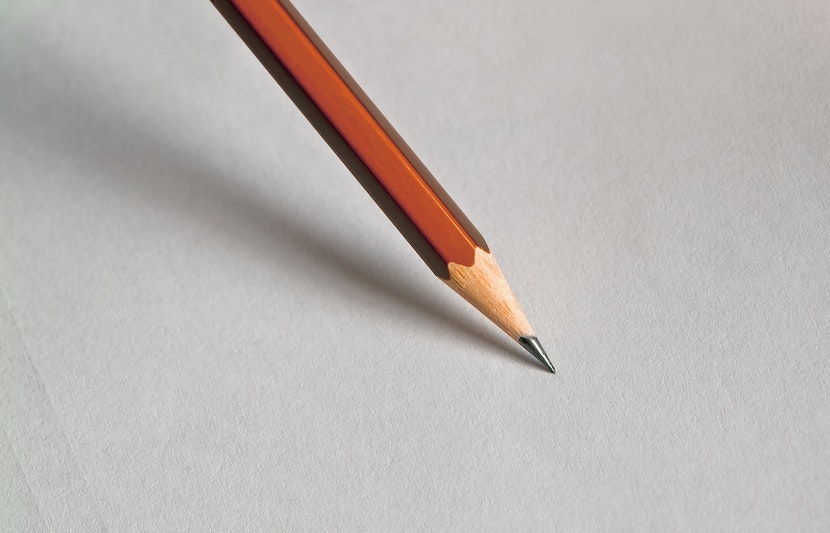 Every year, millions of students choose to take the optional essay section included in the SAT and ACT, many of whom spend lots of time and money preparing for it.

The vast majority of colleges and universities have never required applicants to submit scores for these sections. And recently, the number of schools that do has become even smaller.

In part, these schools justified their decision on the basis that requiring the essay section, which now costs extra, puts an unnecessary financial burden on low-income students and may even prevent some from applying.

“More and more in admissions, schools are trying to eliminate barriers, not increase them. So they don’t want students feeling like they have to pay more money to take the writing section,” explained Joe Korfmacher, a director of counseling at Collegewise.

Although low-income students in many states are given the option to take the SAT or ACT for free during the school day, the subsidized tests don’t usually include the essay section. So, if a student wants to take the essay, they typically have to pay for it.

“Given the significant growth in free school-day testing, it’s important to enable students from low-income families to take advantage of the tests already offered by their school districts and not place an undue burden on them to go in separately outside of normal school hours,” Logan Powell, Brown’s dean of admission, said in a statement.

Additionally, schools and applicants have had issues in the past with how SAT and ACT essays are graded. Unlike the rest of the test, essay sections are graded by real people, thus making them not so “standardized.”

“There have been times in the past where the scores that students were receiving didn’t make sense,” said Korfmacher. Students would score very high on the rest of the test and see a significant drop-off in the essay section.

And because most schools — particularly the selective ones — require applicants to submit other essays that typically do a better job at revealing their interests, passions and writing skills, there really isn’t a need for students to write an essay on their SAT or ACT.

“I don’t think the writing section tells you that much to begin with,” said Allen Koh, CEO of Cardinal Education. “You aren’t often writing such essays in college, ever. So, I like the trend towards some schools not wanting that section anymore.”

In place of the SAT or ACT essay, Princeton now requires applicants to submit a graded school paper. And other schools, including Brown and Michigan, recommend applicants do the same.

“All of this testing combined can add up in terms of cost for a family, and we do not want the fees associated with the application process to be reasons for students not to apply to Princeton,” Janet Rapelye, Princeton’s dean of admissions, said in a statement.

Should applicants opt to take the SAT/ACT essay, anyway?

In total, only a handful of colleges and universities — including those in the University of California system — currently require applicants to take the SAT or ACT essay.

However, most test-takers still opt to take it. Out of the nearly 2 million students who took the SAT in 2019, 68 percent of them decided to write the optional essay. And last year, nearly half of ACT test-takers did the same.

Taking the essay — whether it’s required or not — is still typically a good idea, according to Koh.

“Taking it doesn’t really help you, but not taking it really hurts you,” Koh continued. “There’s not that much to do to prepare for it. Why are you not taking it? It’s almost like you’re trying to hide something.”

Even though a school may not require the essay section, it doesn’t mean other students won’t submit it, he explained. And students don’t want to stand out as the one applicant who opted not to take it.

Additionally, if a college or university “recommends” students take the essay section, as Duke, Stanford and many others do, Koh recommends not skipping it so students won’t be seen by admissions officers as the odd one out.

However, Koh suggests that the writing section is not something students should spend much time preparing for.

Students “should spend almost no time (preparing for it),” Koh said. “If a student is getting As and Bs in their English and history courses, they don’t need to spend much time preparing for the writing.”

Allen Cheng, the co-founder of PrepScholar, reinforces this.

“It’s a minor portion of the test,” he said.

Cheng, too, thinks that it’s typically a good idea for students to opt to take the writing section of the SAT and ACT. To make the right decision, though, students first need to have an idea of their intended schools.

“The student should make a list of schools she wants to apply to and research their SAT/ACT writing requirements. When every school the student knows she wants to apply to does NOT require the essay, and she’s certain she won’t add any other schools to her list, she does not need to take it,” said Cheng. “In all other cases, we recommend taking it.”

But, in general, Cheng believes students should focus most of their time preparing the core required SAT and ACT subjects. Students should only focus on improving their writing score if it is especially low compared to their scores on the other sections of the tests, he said.

Korfmacher, however, takes a more matter-of-fact approach to whether students should choose to take the writing section of the SAT and ACT. Based on the small percentage of schools that require the test, he thinks it’s unnecessary in most cases.

“The vast vast majority, like 99.5 percent of colleges, no longer require the writing portions,” said Korfmacher. “So, if a student tells me, ‘I live in New Jersey, there’s no way I’m applying to the University of California system. It’s not on my radar and I’m not superstrong in writing,’ I’m going to tell them save your time, save your money, don’t take it.”

However, “If a student excels in writing, is going for a journalism or English major, and they’re going to knock the writing section out of the park, then yeah, go ahead and take it,” he continued.

Colleges and universities should take a definitive stance

There are some schools that take a definitive stance on whether or not they want students to take the essay section of the SAT and ACT. Caltech and the University of Chicago, for example, clearly state they won’t consider SAT and ACT essay scores.

However, the vast majority of schools either “recommend” students take the SAT and ACT essays, or worse, consider them “optional.”

According to Korfmacher, making SAT and ACT essay sections optional is “misleading, confusing and puts pressure on students to take it even though it’s not required.”

“I think they should be either required or not required,” he continued. “And it should clearly say, ‘the writing section will not be part of our new process.’ ”