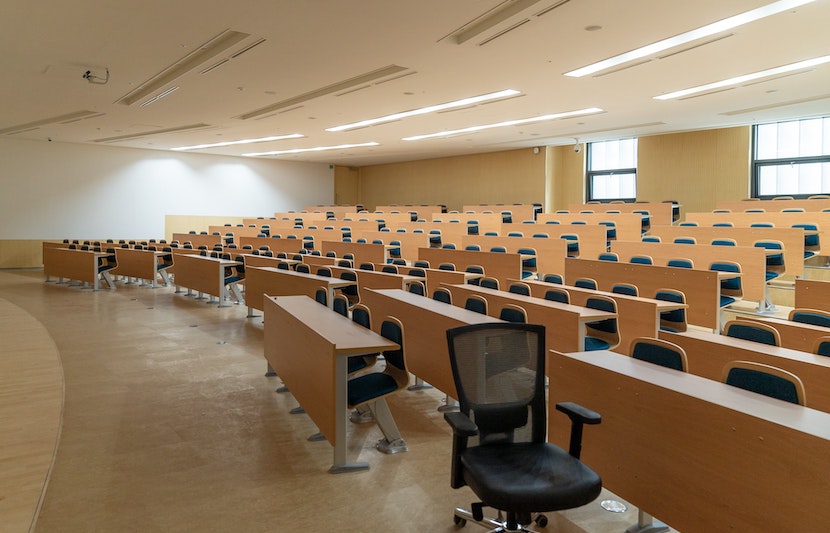 Amid the COVID-19 pandemic, there has been a lot of discussion on whether colleges and universities will be able to successfully recruit high school seniors to enroll this fall semester. But what about retaining the students that they already have?

At this point, nearly one in 10 current college students are rethinking their plans for next semester, according to a new survey conducted by College Pulse. Three percent said they’ll be transferring to another school, and another 3 percent said they’ll drop out entirely and not enroll anywhere.

The numbers do vary by year. Current sophomores, for example, are particularly likely to change their plans. Seven percent of them said they would either transfer or not enroll in the fall, compared to just 2 percent of juniors and 4 percent of freshmen.

Just like the rest of the population, college students are struggling financially right now. Of the students who said they would not be attending school in the fall, about 20 percent cited a need “to save money” as their reasoning.

Understanding that, many institutions are working to grant more financial aid to the students who need it. The University of Central Florida, for example, is directing students who have experienced a significant change in income towards a platform that allows families to submit requests to have their aid re-evaluated. Many other institutions are taking similar steps.

But meeting all of the increased aid requests will be difficult for struggling colleges and universities to do on their own. Overall, college enrollment is expected to drop 15 percent next academic year, including a 25 percent drop in the amount of international students, according to data outlined in a letter sent to House Speaker Nancy Pelosi by the American Council on Education. Many of these international students pay full tuition, which traditionally has helped institutions afford to give financial aid to American students, according to the New York Times.

In recognition of their difficult financial positions, the federal government has allocated more than $14 billion for American colleges and universities, mandating that at least half of the money each institution receives must be given to students by way of emergency financial aid grants to cover costs related to things like food, housing, health care and child care.

But even with increased financial assistance, some students simply can’t afford to attend school next year. Others have been motivated to transfer to cheaper institutions that are closer to home.

But it’s not just the financially insecure students that colleges and universities may not retain. With so much uncertainty still on whether their school will reopen its campus in the fall, some current students are considering taking a gap year so that they don’t have to continue their education online.

Of the students who responded that they would not be attending school in the fall, 29 percent cited “to avoid online classes” as their reasoning.

And students are not just considering taking time off if campuses are not reopened in the fall. Many are petitioning and even suing their institutions in hopes that they will receive refunds on their tuition from spring semester.

At New York University, nearly 12,000 students have signed a petition calling for a partial tuition refund: “The fact that school has transitioned to remote teaching means that we students are not gaining the same level of teaching from the university.”