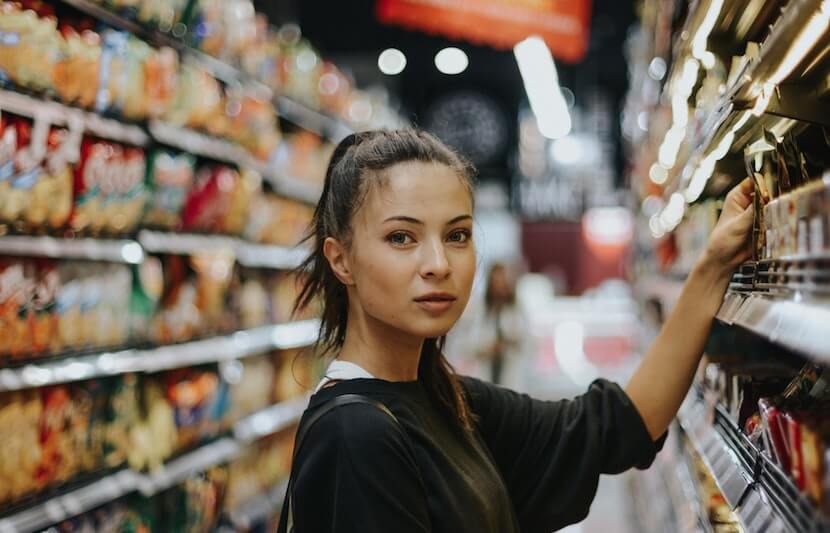 Before buying an item at the grocery store, people often pause to check its price and nutritional value, but they rarely consider how their meal and snack choices impact the environment.

Although it has become widely known that the production of some foods, primarily meat, is bad for the environment, consumers have significantly underestimated just how drastic the difference between choosing, for example, beef soup over vegetable soup can be, a new study finds.

“If you ask people to guess the difference between items such as beef and vegetable soup on the environment they assume there is not much difference, but beef soup creates more than 10 times the amount of greenhouse gases than vegetable soup,” Adrian Camilleri, a senior lecturer in marketing at the University of Technology Sydney and lead author of the study, said in a statement.

However, if information about a food’s carbon footprint is printed on its label, consumers are likely to choose food with a less-negative environmental impact, the researchers conclude.

This study comes at a pivotal time, as between 19 and 29 percent of global greenhouse gas emissions come from food production, and the world is in desperate need for people to change their diets.

Out of all foods, beef and lamb are the biggest contributors to global greenhouse gas emissions, and pork, chicken and fish create a moderate impact. The greenhouse gases are primarily created from the production of fertiliser for feed, clearing the trees to create pastures to raise animals, transportation of the animals, and methane produced by the animals.

Shifting diets to include less meat and more fruits and vegetables would improve the health of both people and the Earth.

The study was split into two parts.

The first was aimed to determine whether humans are aware of the environmental impacts of the food they eat, and the second assessed whether people can be convinced to adjust their diets.

In the first part, the researchers had more than 1,000 participants from across the country estimate the energy used, and greenhouse gases emitted, by the production of 19 different kinds of food and 18 different appliances, such as a refrigerator and air conditioner, if they were run for one hour.

The researchers found that the participants significantly underestimated greenhouse gas emissions and energy consumption for both appliances and food, but food was more considerably underestimated.

The same underestimations hold true for food, he suggested.

“For example, people know the production of beef releases more greenhouse gases than other foods, and they know to tick up their estimate slightly,” Camilleri said in a statement. “But overall they underestimate meat the most, because they don’t realize just how much higher an impact it has compared to, say, a serving of corn. To produce and distribute a serving of beef releases about 50 times more greenhouse gas than putting corn on your table; people think beef production emits only twice as much as the corn.”

In the second part of the study, the researchers showed 120 participants images of six different cans of soup. Three of the cans included beef, and the other three were vegetable soup.

The participants were split into groups. One of the groups had to choose their soups as if they were shopping in the grocery store. The other group was shown labels that express the carbon footprint of each soup.

A paper describing the full study is published in the journal Nature Climate Change.

The need for action

While attaching labels to soup and other foods would not be easy, it could be a necessary step to limiting greenhouse gas emissions.

“We need creative ways to get people this information,” Rick Larrick, a professor of management and organization at Duke University’s Fuqua School of Business and co-author of the study, said in a statement. “In the absence of information, people just aren’t thinking about this and aren’t aware of their (sic) impact of their choice.”