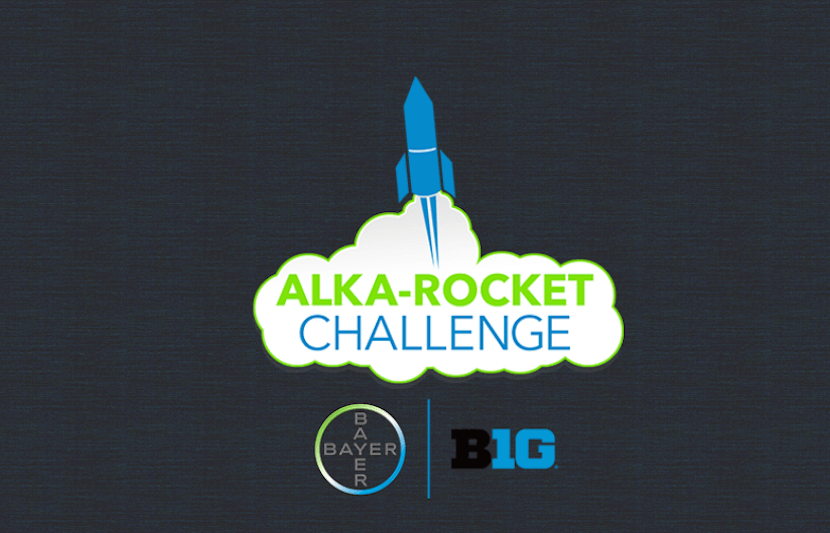 On Nov. 8, three groups of student rocketeers from the Big Ten universities will compete to win a $25,000 prize and a chance at a Guinness World Record.

All three groups will travel to NASA’s Houston Space Center to compete in the Bayer-Big Ten Alka-Rocket Challenge.

Each team’s rocket will be powered by dropping up to 100 Alka-Seltzer tablet in a canister of water. This replicates a common science classroom experiment used in the U.S. to demonstrate chemistry and physics, except that while the chambers used in classroom experiments are usually 35 mm, the students in the contest can use bigger chambers.

The rockets will be judged on design, creativity and execution.

The three finalists are from the University of Minnesota, Rutgers University, and Northwestern University.

To earn a spot in the competition, each team submitted a video that explained the details and creation of its rocket. In the videos, the students demonstrated their thought process behind the rocket and how they plan to execute their performance. The three finalists were then selected by a panel of well-renowned, internationally recognized judges.

“My fellow judges and I were impressed by the quality and ingenuity of the entries we received,” Jemison said last month in a statement. “We’re looking forward to meeting the teams who submitted the entries and, of course, to seeing these finalists launch their Alka-Rockets to win next month.”

Each team was notified of its acceptance to the competition on Oct. 18. That gives the groups only three weeks to prepare for liftoff and a chance at the Guinness World Record for the highest launch of an effervescent tablet on Nov. 8.

The winning team will also be rewarded with an opportunity to show off its rocket on the field of Lucas Oil Stadium during the Big Ten Championship Game in Indianapolis on Dec. 2.

Bayer, the multinational pharmaceutical and life sciences company and owner of Alka-Seltzer, created this competition in partnership with the Big Ten Conference to help advance science literacy and STEM (Science, Technology, Engineering and Mathematics) education.

This competition is intended to “highlight the country’s need for more scientists, engineers and innovators,” said Carolyn Bender, external communications at Bayer.

These fields form the foundations of the modern world, fostering the innovation, economic competitiveness and national security necessary to succeed in the next century.

Ray Kerins, senior vice president of corporate affairs for Bayer, told The Daily Northwestern that this competition is meant to inspire students to study STEM and to fill the empty jobs in those fields.

According to Bender, Bayer’s longstanding commitment to science literacy and STEM education ties in perfectly with the Big Ten Conference, which leads the nation in completion of PhDs in Mathematics, Engineering and Science.

“Our partnership with the Big Ten universities, which dominate both athletics and the education of our future scientists and engineers, has been key to making the Challenge such a blast,” Kerins said in a statement.