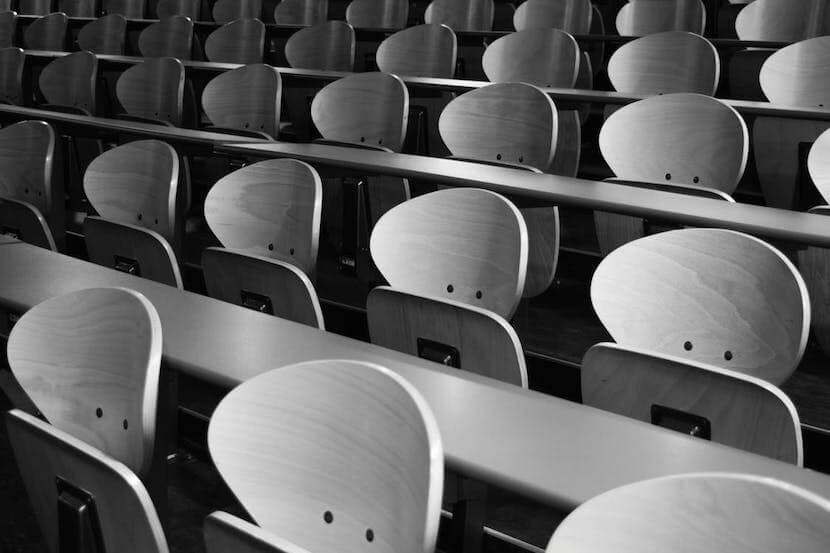 Education is known internationally as one of the most important components for success. And in today’s world, more than ever before, a degree from an accredited university is seen as a necessary key to unlock future opportunities. Each year, an average of 1.3 million high school students in the U.S. will not graduate on time. But in the workplace, 85% of current jobs in the U.S. require completion of some form of secondary education.

According to UNESCO (the United Nations Educational, Scientific and Cultural Organization), there are at least 758 million youth and adults who are illiterate and 250 million children who are failing to acquire basic literacy skills around the world. These startling statistics prove a very real point: education is truly a luxury, and the opportunity to learn is often taken for granted by many American students.

The U.S. offers several options for those seeking a secondary education. The first is through a state university. State universities are designed to provide students with the chance to fully immerse themselves into the world of young adulthood. These colleges provide the educational opportunities necessary for students to pursue their desired career through sub-schools and several degree programs. They also offer housing and meal plans so that students can truly make the college’s campus their second home.

State universities certainly carry an appeal; however, the college experience will cost you! According to the College Board, the average cost of tuition and fees for the 2016-2017 school year was $33,480 at private colleges and $9,650 for state residents attending public universities. Tuition is just half of the cost at major universities, as prices for room and board have also seen a dramatic rise in cost. A recent report shows that charges at four-year colleges have outpaced inflation, doubling since 1980 in inflation-adjusted dollars, and have increased over 40% in public two-year colleges.

Fortunately, there is an alternative and much cheaper option for those who are looking to pursue a secondary education on a tighter budget. This is known as community college, or “junior college.”

Community colleges enable you to continue pursuing an education without breaking the bank. These are two-year schools that provide a more affordable secondary education as a stepping-stone to a four-year degree. The American Association of Community Colleges reported that in-state tuition for the 2014-2015 school year was just $3,347. And with a community college within commuting distance of almost 90% of the U.S. population, it serves as the ideal opportunity for young people who are looking to save some money before jumping head-first into the next stage of their life.

There are 1,123 community colleges in the United States with 992 of them being public, 96 being independent, and 35 being tribal, according to the American Association of Community Colleges. Community colleges, unlike many universities, do not require their students to be enrolled full-time. This allows people to work through their college years at their own pace.

Following high school graduation, many young people are eager to find their place in the world and figure out exactly what type of adults they will become. Oftentimes, this immediate desire to grow up translates into their choices for colleges and even careers. A student might choose a more expensive, out-of-state school over the nearby university, simply for the appeal of leaving home and the exciting idea of living life on their own terms. Though there is nothing wrong with wanting to grow up or be more independent, there is a cause for concern with the attitude surrounding community colleges.

The stigma surrounding community college students is based on several misperceptions, with one being that they are forced to attend these schools because they did not receive enough scholarship money to afford an actual university. Or, because they are frightened and unprepared to make the swift transition into adulthood. Or, that they are not in a learning environment that will properly prepare them to compete with students who are attending major universities. The overall belief is that community college students are “behind” or “less adequate.”

Nothing wrong with attending community college

The reality is that community college is just a different path that students can take, which may be actually a better path based on the individual student’s situation. If you are considering community college, do so knowing that there’s nothing wrong with choosing a community college.

Kyley Warren is a writer, photographer, traveler and lover of life. She is currently pursuing a Master’s degree at the Walter Cronkite School of Journalism through Arizona State University. Kyley sees creativity as one of the most important things in the world, and she tries to let her work serve as a reflection of that belief. Following her time at ASU, Kyley dreams of becoming a travel writer and working to showcase the world to others through her eyes.