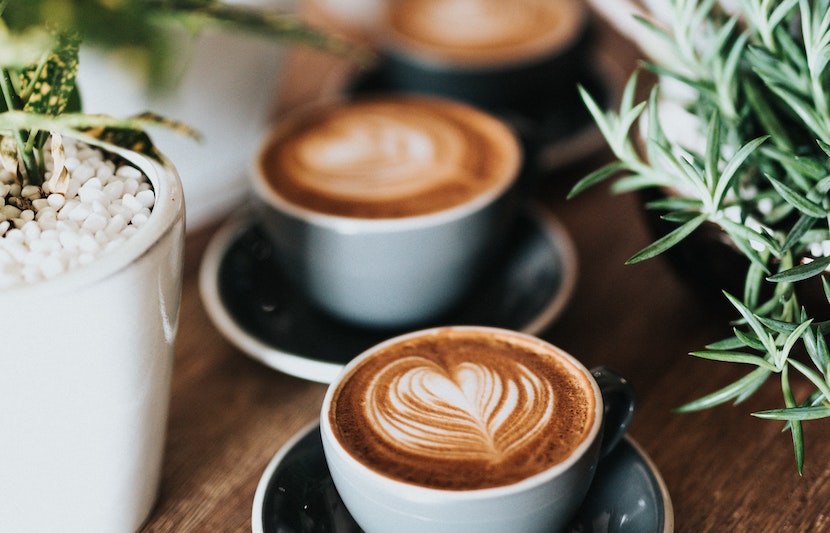 Twenty-three-year-old Shane Buerster had never drank a cup of coffee before starting Z Beans Coffee, a company based in Macon, Georgia, when he was a senior at Mercer University.

His parents didn’t drink coffee, so it was never in his house growing up.

But to Buerster, it never mattered what he sold. His mission was to develop a sustainable economic opportunity for Ecuadorian farmers, and coffee was just the vehicle that enabled him to do that.

It all began with a trip to Ecuador through a study abroad program called “Mercer on Mission” in 2016, when Buerster was a junior in college.

Buerster and a group of Mercer students were sent to Zaruma, a town in southern Ecuador, to evaluate if coffee would be a viable economic alternative to gold mining.

There they met Arturo Penarreta Romero, a government employee in Zaruma who was assigned to be the students’ tour guide. He led them up and around the Andes Mountains in a blue van in search for farmers to interview.

After a couple of weeks of talking to the farmers about their struggles, the students decided that coffee could not be a viable economic alternative to gold mining, primarily because there was little demand.

But Buerster was eager to learn more.

Before returning to the United States, Buerster decided to spend the time he had left socializing and immersing himself in Ecuadorian culture. He grew especially close with Arturo, who was hospitable enough to invite Buerster over to his house for dinner. 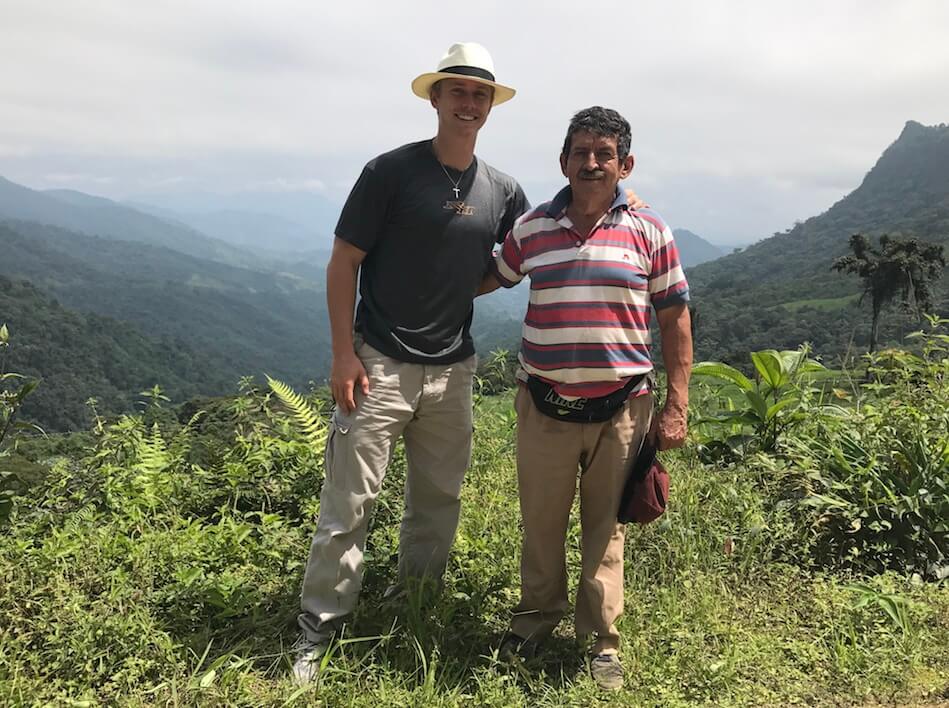 “Arturo and I became really good friends,” Buerster said. “When I returned back to the States, we would talk on WhatsApp on his daughter’s phone. (Arturo didn’t own a phone at the time.)

“One day he asked me what I thought about starting a business.”

As an eager young entrepreneur, Buerster saw a perfect opportunity to create a business and help the Ecuadorian farmers reach a market that will buy their coffee.

The demand is not in Ecuador, Buerster said. It’s in the United States.

“Arturo sent me 65 pounds of coffee, and I took the coffee and got it roasted here in Macon at a small, local roaster,” Buerster said. “I just gave the coffee away, and everyone loved it. Again, I didn’t really know anything about coffee, but the customers seemed to love it.” 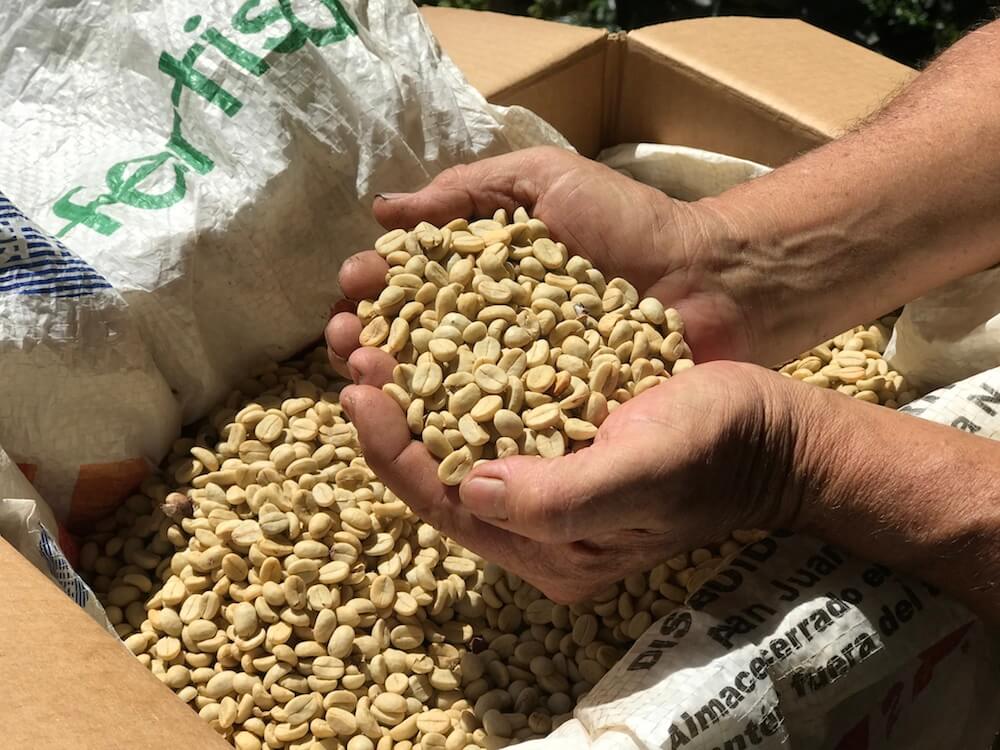 Soon after, he imported 300 pounds more.

At this point, Buerster still didn’t have any specific plans to start a business, but he knew he could sell coffee, mostly online.

After the 300 pounds sold, a year after his study abroad trip, Buerster went back to Ecuador with a loan from an investor.

The problem with buying raw, green coffee, however, is it needs to be roasted.

When Buerster returned to Macon, he reached out to local roasters to see if he could outsource his roasting. To his dismay, no one had time.

This left Buerster with no option but to turn to his popcorn popper, which he named Rosy.

“I had to personify her, I suppose,” Buerster said. “I would have to spend 10 hours a day with that roaster, because I could roast 11 ounces every hour.”

Buerster would soon move on to using a chicken rotisserie cooker, before finally finding Phoenix Coffee Roasters, a company in Atlanta, and contracting out the roasting of Z Beans’ coffee.

“Although I would have to drive up to Atlanta, It allowed for me to do other things besides just roast coffee,” said Buerster.

Z Beans was able to open its first storefront on August 18, 2018. The company is currently working on building its own roasting facility.

Since 2017, Buerster has moved far beyond his popcorn roaster. He is currently selling the 14,000 pounds of coffee he bought in May, and he plans to go back to Ecuador in June to buy 40,000 pounds.

By selling this much coffee, he has begun to make an impact on the lives of Ecuadorian farmers, which was his priority from the start.

“Perhaps what I’m meant to do is create opportunities for others through entrepreneurship,” said Buerster.

Buerster pays a fair wage, but more importantly, he works to empower the farmer. He creates a sustainable source of income for them that he hopes can extend far beyond Z Beans.

“Some people may ask ‘How sustainable is that? What do you do when Z Beans is no longer around?’,” said Buerster.

Z Beans openly markets every farmer on its coffee bags, with the intention that it will encourage other coffee buyers to purchase beans from the Ecuadorian farmers.

“When you come to our coffee shop, you order your coffee by the farmer’s name, so people get an attachment with that name,” said Buerster.

As for Z Beans, Buerster wants to grow the company as large as he possibly can. After all, the more coffee he sells, the more money the farmers receive.

“My success measure would not be how much coffee we ever sell, but if one day a farmer could come up to me and say ‘with coffee that was purchased from my farm, we’ve been able to put my kids through school’,” Buerster said.

And as for Buerster, he has grown to enjoy coffee, but he still gets jittery if he has more than one cup.