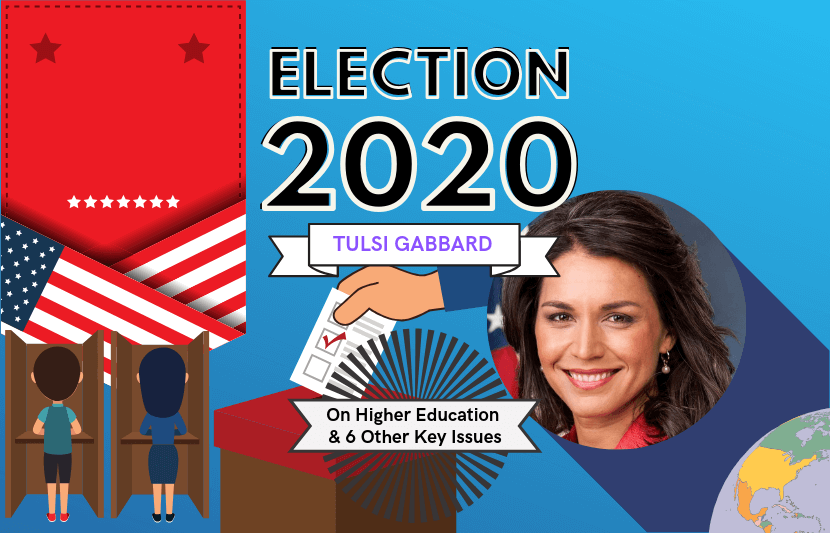 Rep. Tulsi Gabbard (D-Hawaii) is not afraid of being a trailblazer. In 2002, when she was only 21 years old, Gabbard became the youngest woman ever to be elected to the Hawaii State Legislature. However, two years later, she voluntarily stepped down to join the military — something that no one had ever done before.

But it doesn’t stop there.

Ten years later, when she was 31, Gabbard became the first Hindu member and one of the two first female combat veterans to be elected to Congress. And, if elected as president, Gabbard would become the first woman, Hindu and youngest person to ever hold the position.

On February 2, she announced her candidacy.

Here is what Tulsi Gabbard stands for:

Gabbard supports Sen. Bernie Sanders’ (I-Vt.) College For All Act, which, ideally, would eliminate tuition and fees for families making under $125,000 per year. While it doesn’t eliminate tuition fees outright, it would provide states with a total of $47 billion per year in federal funding to eliminate undergraduate tuition at public universities across the country.

“The cost of tuition keeps too many people from pursuing a college education. We need to resolve student debt and guarantee #CollegeForAll,” she tweeted.

Under Sanders’ College for All Act, which Gabbard supports, community college would be tuition-free for everyone, no matter what their family income is. “Whether it’s vocational training or a college degree, education should not be cost-prohibitive for anyone,” Gabbard states on her website.

Gabbard also supports student loan measures suggested by the College for All Act. Under the Act, undergraduate student loan interest rates would drop to 2.32 percent. It would also allow those who have already graduated from college to refinance their loans to match the rates that would be available to current students. Lastly, it would ensure that interest rates could never climb higher than 8.25 percent.

To help close the income gap, Gabbard has co-sponsored the Raise the Wage Act, which aims to increase the national minimum wage to $15 an hour by 2024. Gabbard also supports equal pay for women. In 2017, she co-sponsored the Paycheck Fairness Act, which would allow employees to hold their employers accountable for pay discrimination.

Gabbard has come under recent scrutiny for anti-gay remarks she made in her early 20s, which she blames on being raised in a “socially conservative household.” But she has since apologized for those remarks, and now claims to be dedicated to fighting for LGBT equality.

Gabbard is a strong advocate of criminal justice reform. In 2018, she co-sponsored the bipartisan First Step Act, which aims to help incarcerated individuals re-enter society without repeat offending. It encourages prisoners to join rehabilitation programs and engage in “productive activities,” among other things, by incentivizing them with an opportunity for an earlier release date.

She has also been outspoken about the need to reduce sentencing for non-violent drug offenders. She has advocated for the federal legalization of marijuana, and she has co-sponsored the Sentencing Reform Act, which would reduce mandatory minimum sentencing for drug offenders and give judges more discretion on sentencing.

She recently tweeted: “Criminal justice reform must include strategies for dismantling the systemic racism that causes Black men to disproportionately receive harsher sentences compared to other races and ethnicities for the same types of crime.”

3. Tulsi Gabbard on the Environment

Gabbard is a staunch supporter of the fight against climate change. She is endorsed by the Sierra Club, League of Conservation Voters, and Ocean Champions, among others. As a member of Congress, she has fought against the Keystone Pipeline and voiced her support of the Paris Agreement.

In 2017, after President Trump decided to withdraw the United States from the Paris Agreement, Gabbard denounced him, saying: “President Trump’s decision today to withdraw from the Paris Agreement, making us just one of three countries in the world not to participate, is short-sighted and irresponsible. Without global action to drastically curb carbon pollution, climate change threatens the safety and security of the planet, especially in places like Hawaiʻi where we are already experiencing its’ (sic) devastating effects.”

Gabbard recognizes the need to move to clean, renewable energy. In 2017, she introduced the Off Fossil Fuels for a Better Future Act, which aims to transition the United States to 100 percent renewable energy by 2035 and create jobs along the way. In regards to the Green New Deal, she supports the concept of it, but is concerned about the “vagueness of the language.”

Gabbard, along with many of her Democratic competitors, stands against Trump’s border wall. Instead, she has backed pro-immigration legislation, such as the Dream Act, which would protect young undocumented immigrants from deportation, allow them to work in the United States, and travel in and outside of the country.

In 2018, she tweeted: “The Trump Administration’s use of children as pawns in the immigration debate is despicable and must end immediately. We obviously need comprehensive immigration reform.”

Primarily as part of her criminal justice reform platform, Gabbard supports the federal legalization of marijuana. In 2017, she introduced the Ending Federal Marijuana Prohibition Act, which would remove marijuana from the federal “controlled substance” list and make it comparable to alcohol and tobacco under the law.

“Our outdated policies on marijuana are turning everyday Americans into criminals, tearing apart families, and wasting huge amounts of taxpayer dollars to arrest, prosecute, and incarcerate people for non-violent marijuana charges,” she said in a statement.

As a veteran, Gabbard supports American’s Second Amendment rights. However, she sees the need for regulations and background checks on all gun sales. Specifically, she has supported legislature that would ban military-style assault weapons and bump stocks and extend background checks to keep guns away from domestic violence offenders and people on the terrorist watch list.

After the 2018 shooting at Stoneman Douglas High School in Parkland, Florida, she said:

“There are tough questions that must be answered about the shooter, including why many red flags that were raised about him previously did not prevent his ability to acquire an AR-15 and a high volume of ammunition. But we don’t have to wait for answers to these questions for Congress to pass legislation already supported by a majority of Americans, like universal background checks, closing the gun show loophole, and reinstating a federal ban on military-style assault weapons. The stakes are too high to allow partisan politics to get in the way of common sense change.”

Like many of her Democratic competitors, Gabbard is a supporter of net neutrality. She believes everyone should have access to a free and open internet where they can express their ideas, opinions and creations.

In 2017, after the Federal Communications Commission (FCC) voted to repeal Obama-era net neutrality laws, she tweeted: “The FCC’s decision on #NetNeutrality today, led by FCC Chairman Ajit Pai, who used to work for Verizon, highlights the pervasive influence of corporations in our democracy.”
And, more recently, she tweeted: “Net Neutrality protects us from corporate censorship of information. The FCC’s obligation is to the people. We want an equal, open internet.” 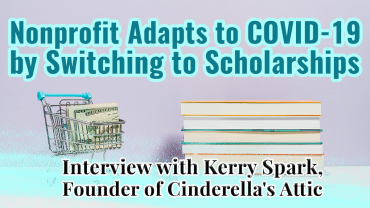