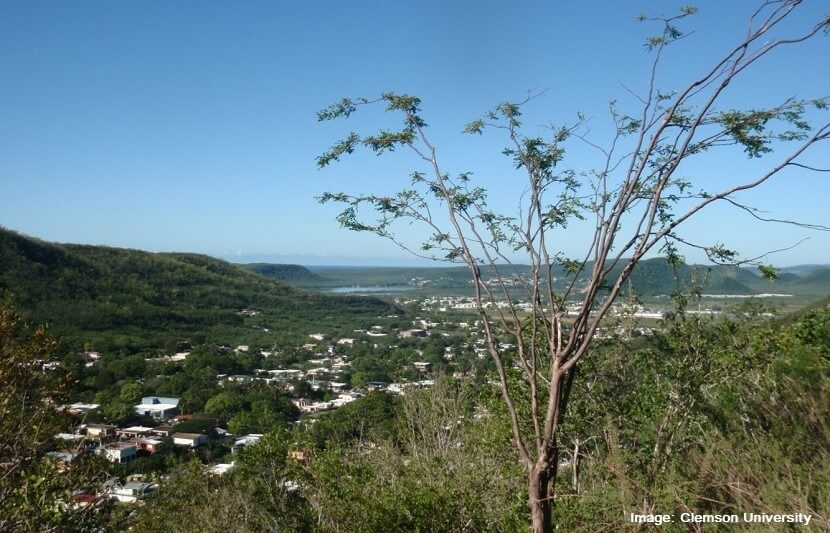 Hurricanes are known for tearing away the limbs and leaves of trees, but some species are able to combat this damage by growing replacement leaves optimized for greater survival, according to a new study.

In the study, researchers from Clemson University focused on the tropical dry forests in Puerto Rico after Hurricane Maria — the worst natural disaster to ever hit the U.S. territory — stripped numerous trees of their ability to absorb light and grow.

The research comes at a time when climate change is expected to increase the frequency and intensity of hurricanes in the Caribbean, according to the researchers, threatening the overall biodiversity of tropical dry forests.

“Caribbean tropical dry forests turn out to be excellent case studies for studying the interaction effect of increasing drought and hurricane disturbance on forest health, hopefully providing insight we can apply to other forests around the world,” said Tristan Allerton, a doctoral student in Clemson’s Belle W. Baruch Institute of Coastal Ecology and Forest Science, who presented the research findings at the British Ecological Society’s annual conference. 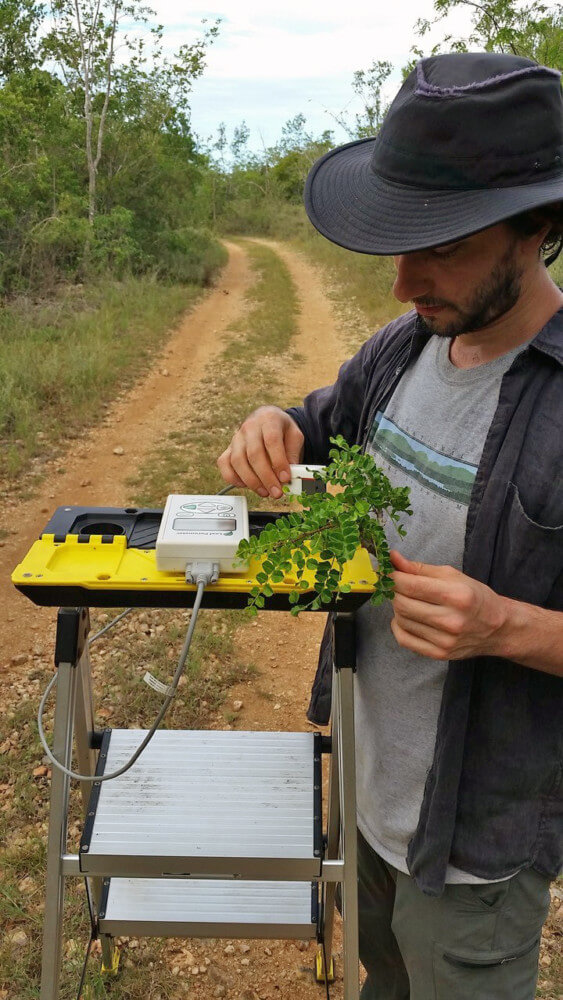 To find out if trees were able to compensate for hurricane damage by increasing resource acquisition in newly produced leaves, the researchers went to the Guánica State Forest in southwest Puerto Rico to examine 13 of the most dominant tree species.

This area “comprises one of the best parcels of native dry forests in the Caribbean,” according to Allerton.

Since rainfall here is extremely erratic and the forest sits atop porous limestone from an ancient coral reef, which absorbs water quickly, the trees are already uniquely adapted to cope with unpredictable water availability, he explained.

The researchers examined the leaves one, eight and 12 months after Hurricane Maria struck, and compared them with leaves that were collected before the disaster.

Trees rely on gas exchange through their leaves by working to collect carbon dioxide from the atmosphere to convert into energy, while also trying to minimize water loss.

To measure leaf-gas exchange rates by trees, the researchers attached a sensor to new leaves at several points throughout the day. In addition, they observed how the newly produced leaves’ shapes and structures play a role in extracting gas from the atmosphere.

In their preliminary findings, the researchers found that 11 of the 13 species studies were taking in carbon dioxide at much higher rates after Hurricane Maria.

Additionally, many had changed key characteristics of their leaves, such as increasing leaf area relative to leaf biomass. In other words, trees were able to capture the same amount of light while spending less energy on leaf production.

However, there may be “winners and losers” in this process, as the findings suggested a more acute response by deciduous species than evergreen species, said Allerton.

This is likely because evergreens tend to replace their canopy slowly over time rather than losing all of their leaves during the seasons, which may cause more stress during leaf regeneration.

Generally speaking, the data showed a large variation in responses among all of the tree species measured.

“This is likely due to dry forest species possessing a large spectrum of leaf habits (some species are very clearly either deciduous/evergreen, however most species sit somewhere in the middle of this characterization),” said Allerton.

The next stage of their research will look at other potential contributing factors that determine how a species responds to hurricanes.

“After a hurricane impacts a forest, some tree species specialize in regenerating from seed whereas others resprout,” Allerton said. “If a tree specializes in resprouting, they may use this strategy to create new leaves quickly from new sprouts in order to compensate for leaf loss in the upper canopy.”

Additionally, the researchers want to link their results to data that have been collected on tree survival and growth during the subsequent dry seasons following Hurricane Maria.

“Under normal circumstances, tree mortality peaks during the dry season when conditions are most stressful,” said Allerton. “If, as our work suggests, there are ‘winners’ and ‘losers’ in the event of a hurricane, it’s possible we will also see this reflected in terms of what species are able to survive the stressful dry seasons following the hurricane.”

If, as these initial findings suggest, some tree species are able to better adapt to hurricane damage than others, then tropical dry forest diversity may decrease in the long run.

“As many plant species in the Caribbean have evolved in isolation to their counterparts on the mainland, the number of unique endemic species in this region is unusually high,” said Allerton. “Therefore, there is a threat that many unique endemics found nowhere else on earth could disappear over time.”

Additionally, Caribbean forests are also an important habitat for migratory birds that travel between North and South America and changes in plant diversity could have adverse effects.

“Changes in plant diversity in the Caribbean will have knock-on consequences for bird populations we commonly see on the U.S. mainland that rely on these habitats for shelter and food along their migratory paths,” said Allerton.

The United States is in possession of some globally unique ecosystems and the tropical dry forest in Puerto Rico is among them, explained Allerton.

This native tropical dry forest is in relatively good condition compared to others found in the country, such as in Hawaii and Florida, making it an important place for younger generations to value and protect.

“From a natural history point of view, it’s extremely important that the younger generations understand the importance of protecting such a valuable resource in light of modern day threats,” said Allerton.

Unfortunately, Allerton explained, dry forests tend to be the forgotten forests of the tropics, receiving far less research and attention than the more mystical tropical rainforests, but they are equally threatened.

“The involvement of younger generations will be critical to helping to protect these forests as major carbon stores as well as museums of natural history,” he said.