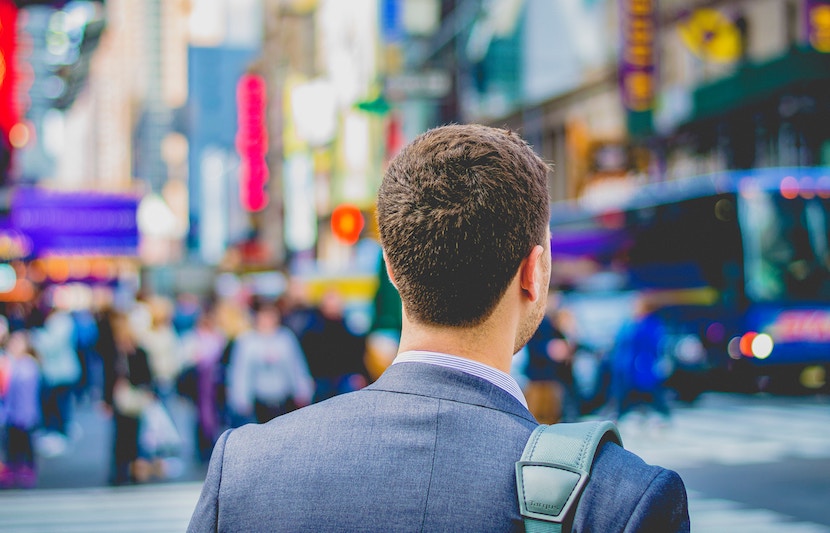 After students take off their cap and gown, they want to head to the Big Apple.

Yes, New York City is where students aspire to start their working lives, according to a new survey conducted by College Pulse.

Moving back in with mom and dad isn’t ideal, but 50 percent said they would like to live close to home, if possible.

And although NYC and Boston top the list of where students want to move after college, the 2,000 students in College Pulse’s survey determined California, Colorado and Texas to be the states that offer the best “quality of life.”

Yet, students are clearly most interested in moving to a city, and further evidence backs that up.

A 2018 study conducted by the Wall Street Journal (WSJ) found that over 70 percent of students who went to schools in the Big East, Ivy League, Pac-12, Big-12, ACC and Big Ten conferences moved to major metro areas after graduation. And a quarter of all Ivy League grads live in either NYC, Washington D.C. or San Francisco.

A separate study conducted in 2018 by Handshake, a career network site for college students and recent grads, also estimated where students want to move after graduation.

If this were a competition, NYC would’ve won in a landslide — It received more than double the number of applications that second-place Chicago did.

Some outliers were Pittsburgh, Palo Alto, California, Cambridge, Massachusetts, and Orlando, Florida. Despite their relatively small populations, all of these cities ranked within Handshake’s top 25 most popular landing spots for recent grads.

Students are drawn to Palo Alto and Cambridge because they are thriving tech hubs, according to the authors of the study. The authors also note that Tesla, which is based in Palo Alto, received more than 69,000 applications on Handshake last year. That’s more than the total population of Palo Alto (67,024).

Pittsuburgh has grown in popularity amongst recent grads because the city has recently seen an influx in galleries, shops and restaurants, according to the authors of the study.

And the reason new grads are flocking to Orlando — you guessed it — is the magic of Disney. The home of Mickey Mouse is also the largest single-site employer in the United States.

Complementing the WSJ study, this Handshake study found that the regions in which students attended college also influences where they decide to live after graduation.

Seventy-six percent of students who went to school in the Northeast applied for jobs in Northeastern cities after graduation. Out of those who went to school out West, 78 percent submitted applications in nearby cities. The Midwest has a 66 percent student retention rate, and in the South, it’s only 44 percent.