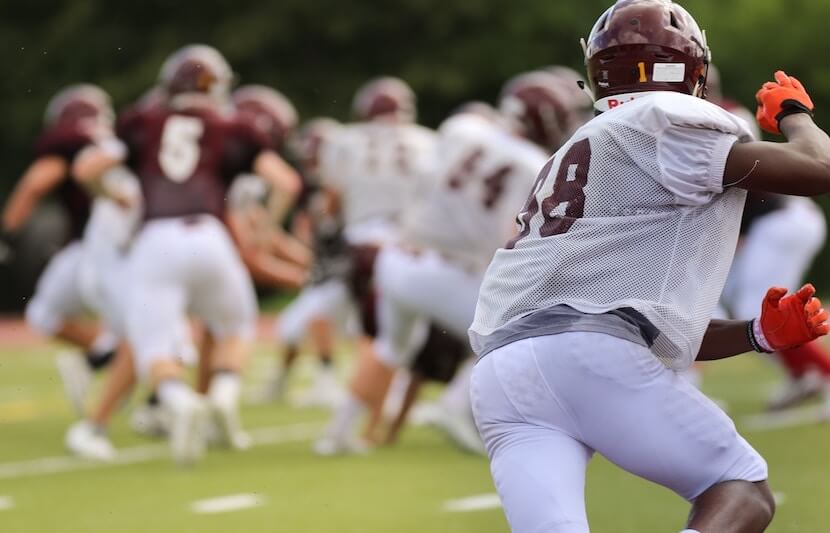 Football, America’s favorite contact sport, has come under a lot of scrutiny in recent years as the link between the sport and chronic traumatic encephalopathy, or CTE, a degenerative brain disease that causes cognitive impairment, depression, memory loss, emotional instability and other psychological problems, becomes clearer.

Evidence continues to build that repeated hits to the head can have lifelong consequences for players’ mental health.

Now, a study from researchers at Orlando Health, in collaboration with the Concussion Neuroimaging Consortium, has found evidence of lasting effects from head collisions in players as young as 19.

Led by Linda Papa, an emergency medicine physician at Orlando Health and lead author of the study, the research team measured the blood levels of microRNA in college football players and compared them to the blood microRNA levels in non-athletes.

microRNA, a type of small, non-coding RNA molecule, is a fairly recent discovery. It was first identified in the early 1990s by a team led by developmental biologist Victor Ambros. In recent years, it has been used increasingly as a biomarker for a range of diseases and disorders, including cancer, cardiovascular and neurodegenerative diseases.

“The utility of microRNAs as diagnostic markers of mild traumatic brain injury (TBI) or concussion has recently been explored by our group and others,” said Papa.

In a 2016 study, her research group identified nine microRNA-based biomarkers for concussions and TBI, she explained.

“Our current study examines the same panel of nine microRNA biomarkers previously shown to correlate with acute concussion in emergency room trauma patients and applies them to sports concussion in football,” she continued.

The study showed that football players tended to have higher baseline microRNA levels than non-athlete students. The players who participated in the study had a minimum of six years and an average of 11 years of playing experience. Less than half — 41 percent — had previously been diagnosed with a concussion.

“The study found significant elevations in circulating miRNA measured before the athletic season began and prior to any contact practices,” Papa said.

“Surprisingly, these elevated baseline levels did not reflect any recent football activity. All the players had significantly elevated levels compared to non-athlete participants. Therefore, football players had higher baseline levels than those who did not participate in sports. This could suggest residual circulating miRNA biomarkers from prior concussive and subconcussive impacts.”

Before and after the season, the researchers also conducted cognitive tests with each of the study participants. 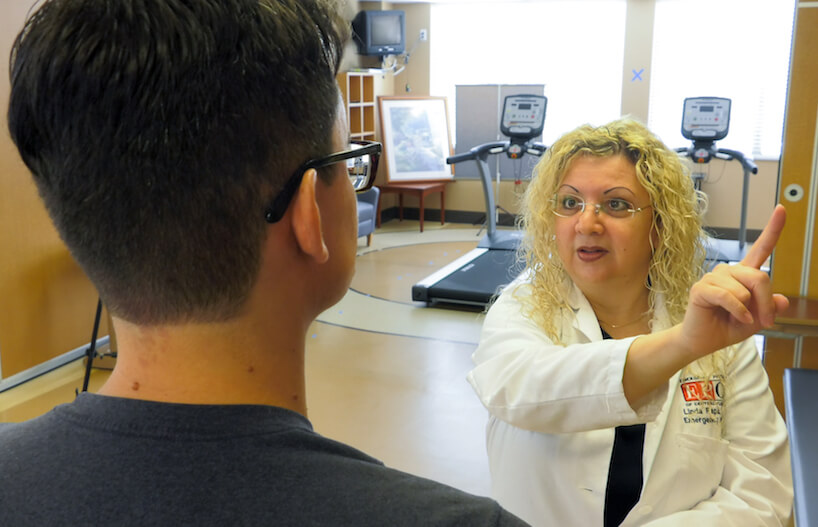 The tests showed that individuals with higher levels of the microRNA biomarkers tended to struggle more with balance and memory.

“Some of these players had never been diagnosed with a concussion but they still had elevated biomarker levels in their blood, indicating they likely experienced head injuries that were not severe enough to be clinically diagnosed, but still caused damage,” said Papa.

“These injuries are also known as subconcussive injuries.”

Essentially, these results show that undiagnosed and less severe head injuries can still have a significant — and persistent — effect on brain function and cognition, especially as the number of hits a player takes accumulates over time.

Papa suggests that more attention could be paid to the effects of the minor head impacts.

“It is known that the effect of thousands of subconcussive impacts has the potential for long term deleterious effects on brain function and neurodegeneration in select individuals,” she said. “The question is whether we can measure the damage from brain injuries earlier so they can be quantified.”

MicroRNA could be a useful tool, as they provide a more nuanced diagnosis of head injury than the concussion protocols that are typically used by sports doctors.

Papa said that a simple blood test that measures brain-specific biomarkers could be used to complement clinical concussion evaluations and help inform medical and management decisions.

There is hope that such a test could provide an objective gauge of brain injury that can be used to more effectively measure the progression and recovery of injured players.

Player safety — particularly in regard to head injuries — has grown into a top priority for players and teams over the past few years as the link between repeated head trauma and CTE has become increasingly evident.

The recent study further highlights the dangers involved with playing football and shows that safety protocols must pay greater attention to minor head injuries from players at all levels.

“Even in the absence of a clinically diagnosed concussion, neurocognitive changes may develop in football players as a result of frequent head impacts that occur during football games and practices,” said Papa.

“This includes studies in children, 8-13, who play football as well as those who play high school football.”

The research group is currently conducting a large-scale study to look at microRNA biomarkers more closely in children and youth. The microRNA levels in the participants will be monitored over time to see how they are released over time after injury and during recovery.

Papa said that further research should also look at the relationship between these biomarkers and neurodegenerative disorders like CTE. 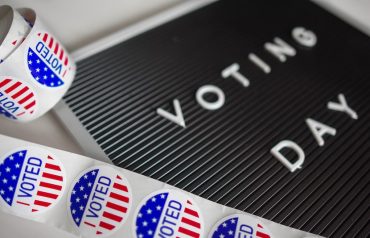