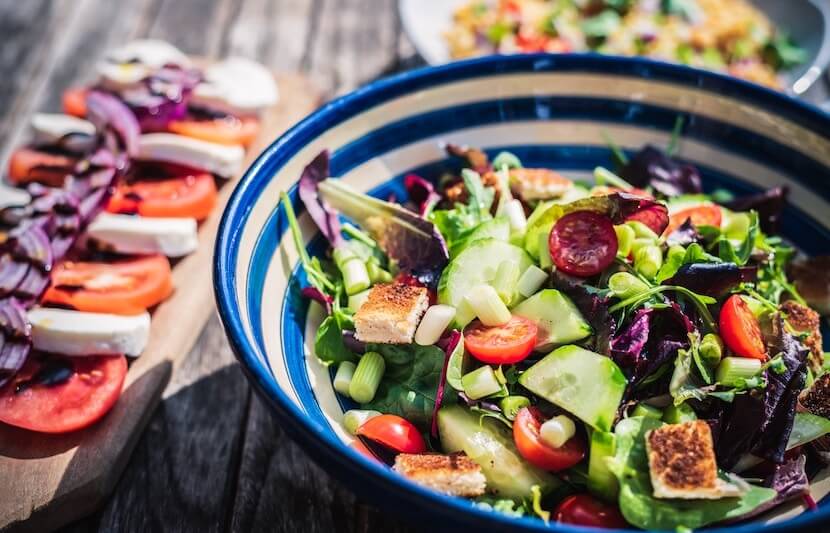 A healthy diet, rich in fiber and vegetables, can improve symptoms of depression, even in people without diagnosed depressive disorder, a new study led by researchers from the University of Manchester confirms.

This research comes at a pivotal time, as depression is widespread throughout the United States and at universities. In fact, major depressive disorder is the leading cause of disability in the United States for people between the ages of 15 and 44. At U.S. colleges and universities, 20 percent of students report suffering from depression and/or anxiety.

The findings from this study provide a simple, effective way for people of all ages to boost their mood.

And the best part is, people don’t need to hire a nutritionist or shop at expensive health food stores. The researchers found that simple dietary changes are enough to do the trick.

“The best advice arising from this study is that the average individual doesn’t need to adopt extreme diets to improve their mood,” said Joseph Firth, an honorary research fellow at The University of Manchester and lead author of the study.

“All types of healthy diets seemed to confer equal benefits, especially in women,” he continued.  “So even just making simple changes like cutting down on takeaways and junk food (which can actually be pricey!) and replacing those with fresh vegetables etc. (which are usually very affordable in supermarkets) is the way to go!”

While previous studies have suggested that eating healthier can improve mental health, this is the first study to prove it.

The researchers examined preliminary data on nearly 46,000 people, and they found that all types of dietary improvement, including fat reduction, weight loss and boosting nutrient intake, have similar benefits for improving depressive symptoms.

“The overall evidence for the effects of diet on mood and mental well-being had up to now yet to be assessed,” Firth said in a statement.

“But our recent meta-analysis has done just that; showing that adopting a healthier diet can boost peoples’ (sic) mood,” he continued. “However, it has no clear effects on anxiety.”

A paper describing the full study is published in the journal Psychosomatic Medicine.

Mental illness, including depression, is on the rise on college campuses.

From 2016 to 2017, nearly 53 percent of college students said they received mental health services, and around 34 percent of them had seriously considered suicide, according to the Center for Collegiate Mental Health’s 2017 report.

The researchers do not suggest that eating healthy will necessarily reverse the growing rate of depression among college students, but a nutritious diet, along with exercise, can be a solid base for sustainable physical and emotional wellbeing.

“If people are experiencing frequent or high levels of depression, they should definitely seek professional help first and foremost, perhaps by talking to a psychologist or their GP (general practitioner,” Firth said.

Instead, these findings are more immediately useful for the sub-clinically depressed, or those who are just feeling a little down.

“Our data add to the growing evidence to support lifestyle interventions as an important approach to tackle low mood and depression,” Brendon Stubbs, a clinical lecturer at the NIHR Maudsley Biomedical Research Centre and King’s College London and co-author of the study, said in a statement.

“Specifically, our results within this study found that when dietary interventions were combined with exercise, a greater improvement in depressive symptoms was experienced by people,” he continued. “Taken together, our data really highlight the central role of eating a healthier diet and taking regular exercise to act as a viable treatment to help people with low mood.”