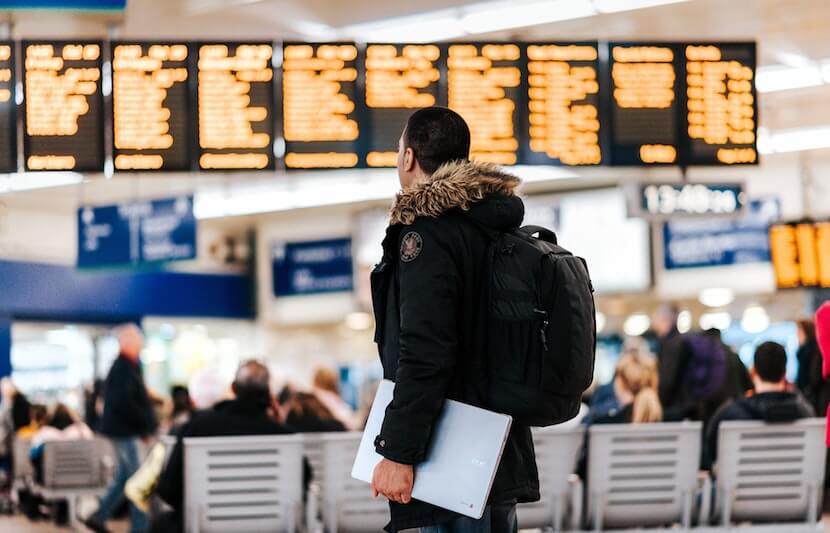 The world is warming and ecosystems are dying. To avoid disastrous climatic change, massive reductions in CO2 emissions are required in all sectors, reaching net-zero globally no later than 2050. This requires an unprecedented and rapid change in our ways of life.

In this, the world of research is challenged for two reasons. First, researchers are the source of the increasing number of warnings about the state of our climate and biodiversity, and their credibility would be damaged by not setting an example. Second, because researchers have the training and tools to critically appraise their colleagues’ conclusions, they’re well placed to understand the seriousness and urgency of the situation, and act accordingly, by reducing their own CO2 emissions.

The carbon footprint of aviation

Air traffic currently accounts for about 3% of global emissions, which is three times more than the total emissions of a country like France. Traffic is growing by 4% per year and is projected to double by 2030. This is in complete contradiction with the objectives of the Paris agreement, which will require halving current greenhouse gas emissions by around 2030. With the growth projected, by 2050 the aviation sector alone could consume a quarter of the carbon budget for the 1.5°C target, i.e., the cumulative emissions from all sources that cannot be exceeded to limit global warming to this target.

Technical progress toward more efficient planes and better organised airports will have only marginal impact at best. Real change can only be achieved by a massive transition toward biofuels or a dramatic reduction in demand. The first solution would be to the detriment of food security and biodiversity, and providing better nutrition to a growing population while remaining within planetary boundaries already presents a huge challenge. We are left with the second option: flying significantly less.

Researchers on the move

For better and for worse, researchers have been flying for a long time. The benefits include scientific and human exchanges, and the creation of larger networks with broader scope, giving more robust results. The cost is the international “meeting mania”, which consumes time, energy and money, and whose carbon footprint is enormous.

“A researcher isolated is a researcher lost,” as the saying goes. Today, unless scientists are advanced in their careers, those who give up flying are marginalised. They transgress the rules of an environment that values frequent exchanges and hyperactivity. In doing so, they miss opportunities to make contacts for new collaborative projects, and run the risk of not being “in the loop”.

This observation is not specific to research: it concerns all competitive environments, which in our globalised world is a very large number of professions. To emit less CO2 is to reduce one’s activities; to reduce one’s activities, when one is alone in doing so, is to exclude oneself from the competition. If the first to act loses, it’s no surprise that governmental climate commitments are far from sufficient, and even unmet.

By reducing its emissions voluntarily, the scientific community would be exemplary for two reasons. First, it would show that the science – the severe warnings of climatologists and ecologists – must be taken seriously. Second, it would prove that a professional sector can overcome the fatal “first to act loses” attitude and collectively change its behaviour.

The first project to change the situation could be addressing scientific conferences. Historically, they allowed important results to be shared quickly, at a time when communication with journals took place by post. Publishing an article was necessarily a slow process, and once published, its circulation was limited by journals existing only on paper. Today it is possible to publish in record time, and articles are instantly available online.

Conferences have essentially become areas for collective brainstorming, where a mixture of the official programme and informal encounters produces fruitful exchanges. However, they can also be a source of significant carbon emissions.

There are three ways to limit the carbon footprint of conferences.

While it might be hoped that teleconferences will gradually replace face-to-face meetings, the two are in fact growing in parallel. This is similar to what is happening with energy: production from renewable sources is rising rapidly, yet fossil-fuel consumption continues to grow.

The importance of making and maintaining good relationships through direct human contact, and also of efficiency – we work better when we know each other – are good reasons to travel. But not to the point of ignoring the reality of our environmental situation.

The carbon budget beyond which we risk falling into an uncontrollable climate situation is now estimated at about 800 billion tons of CO₂, a little more than 100 tons for each of the 7.5 billion inhabitants of the planet. Spread over 30 years, this gives an average of 3 tons per year per person. Two transatlantic round-trips in economy class are enough to consume this budget, which we drastically exceed already since the average European emits 9 tons of CO₂ per year.

The question is no longer just whether to travel less. It is to quantify the carbon footprint of travel, to set reduction targets (which should be transparent regardless of how ambitious they are), and to verify that these are met.

The net-zero world soon awaiting us requires carbon abstinence. Air travel is just one aspect; information and communication technology (ICT) is another. This should be organised and adopted without delay, at the risk of being forced upon us later on by worsening conditions. Meeting physically with colleagues who live thousands of miles away is not an inalienable right. Ignoring the science of greenhouse gases and the resulting threat posed to humanity would be irresponsible.

To continue to emit CO2 that future generations will then have to capture from the atmosphere to guarantee their own survival would be inexcusable. Many research institutions already have policies in place to encourage their members to adopt good practices for occupational risk prevention, data protection and ethical decision-making. Now is the time for institutions to also embrace policy for flight reduction or carbon abstinence. Our collective future depends on it.