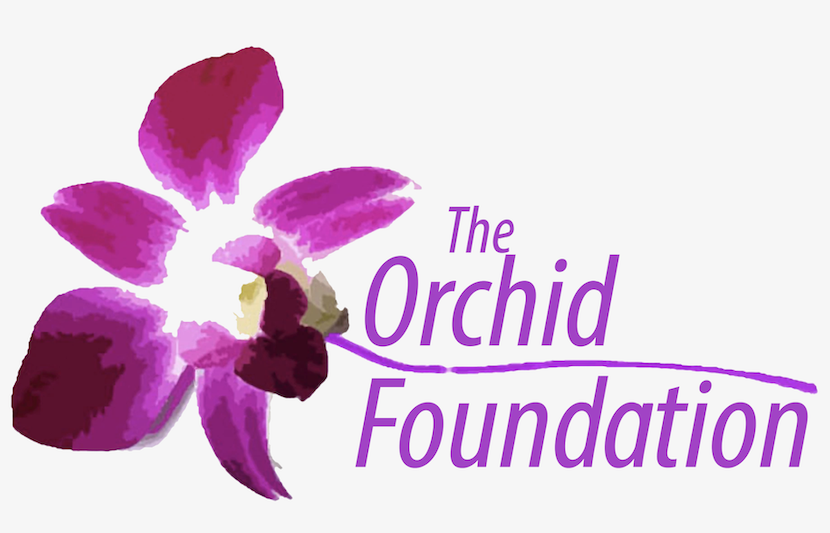 Two of the most important ingredients to success are support and opportunity. Few people understand this better than Nichole Galicia, founder of the Orchid Foundation, a nonprofit with the mission of mentoring underserved girls to and through college.

Galicia takes in young women who show passion for academics and extracurriculars but lack resources due to their socioeconomic backgrounds. By providing academic assistance, help with the college admissions process, career guidance and emotional support, Galicia ensures that her girls, who she calls “Orchids,” build the skills and confidence that they need to recognize their potential, graduate from college and accomplish their goals.

“I do everything that I can think of to make sure that my girls are well-rounded and prepared for not only their academic lives but also the world,” said Galicia, who’s also a professional model and actress known for her role as Sheba in “Django Unchained.”

Inspired to give back, Galicia started The Orchid Foundation five-and-a-half years ago. At first, she said, she only planned to take on one girl, but before she had a chance to blink, there were eight.

“I found a ton of programs that were set up for boys and young men, and I wanted to create something for girls,” said Galicia.

Four of Galicia’s Orchids are college juniors, and the other four are seniors in high school. Every three years, Galicia has her girls select high school freshmen, called “Orchid buds,” who they believe will be good additions to the group.

“I tell them to pick one, but that never happens,” said Galicia. “Four years ago, we had 11 buds. Only four of them made it.”

Galicia’s Orchids don’t always start at the top of their classes. But, due to consistent access to professional tutoring and academic support from each other, they tend to end up there. Each of Galicia’s older Orchids graduated in the top 10 of their class. The younger Orchids are on track to achieve similar results.

One of the most popular programs that the foundation runs is its career day program, called Glass Ceiling Breakers. Several times a year, Orchids take field trips to different companies, where professionals host the girls by showing them their work environments and answering any questions that they may have. Oftentimes, Orchids leave career day with a new professional mentor.

The foundation also runs a College Bootcamp program, in which the Orchids receive professional college admissions guidance from donors who graduated from some of the country’s top universities, including Brown, Duke, Harvard and UPenn.

In a typical year, the donors turn their offices into mock college admissions headquarters, where the Orchids receive feedback on their college essays, interview skills and outfit selections, among other things.

“It’s just an incredible opportunity for our Orchids to get some very specific guidance on how to go forward,” said Galicia. “Some of the people who work at the firms that do College Bootcamp for us are on boards at universities. If one of the people who writes a recommendation for you is on the board of the school that you’re applying to, that helps.”

“Do you know any other teenagers who are constantly talking about stocks?” asked Galicia. “Every Orchid can walk you through an E*Trade account and help you pick a stock.”

“I want my girls, in 30 years, when they are owning their own companies or are CEOs of other people’s companies, to have everything that they possibly can in their arsenals,” she added.

Galicia also actively helps her Orchids land internships. She reaches out to companies, including those that the Orchids have visited on career days, and asks each company to reserve a spot for an Orchid who fits their culture and needs.

“I just recently started doing this,” said Galicia. “So far, I’m getting some great feedback. We have some amazing girls. It is hard to say no to us.”

But, above all, Galicia has created a community of sisters who can rely on each other for anything and everything.

“All of the girls are really close,” said Galicia. “Sisterhood is at the heartbeat of what we do. It is the most important thing. We spend a lot of time encouraging each other, keeping each other on the right track and teaching each other.”

Without the Orchid Foundation and the emotional support it provides, many of the girls don’t know where they would be.

“The Orchid Foundation has increased my self-confidence tremendously,” said Orchid Alison, a junior in college. “Prior to being in the Orchid Foundation, I had really low self-esteem and I never wanted to advocate for myself because I was unaware of the power that I had inside of me.”

“The Orchid sisters are there whenever I need them,” added Orchid Alexa, a current high school senior. “If it is 2:00 a.m. and I need a paper revised or I’m having issues with college applications, I feel like I can call anybody whenever I want.”

Maintaining a family, though, costs money, and the Orchid Foundation is stretched thin. At this point, nearly 80 percent of the foundation’s money goes towards paying the Orchids’ college tuitions.

“It is a myth to think that if you are a poor, minority student with great grades in this country that you are going to college for free,” said Galicia. “So many of our dollars go towards helping our girls stay in school, it leaves little for anything else.”

“Orchid Cuomba is really interested in starting a real-estate program for the Orchid Foundation, and we just don’t have funds for those sorts of things,” Galicia added. “I want to inspire the girls academically, but I also want to encourage their entrepreneurial spirits. It takes money to run some of our programs.”

Like a parent or guardian, the Orchid Foundation is there to support the girls in any way that contributes to their overall wellbeing. Galicia wants foundation dollars to be there whether an Orchid needs books, a new comforter for her dorm room bed or even help with paying medical bills.

“I use my Orchid Foundation funds for my Orchids,” said Galicia.

For instance, Orchid Markayla, who beat stage 4 cancer after her senior year of high school, was just informed that her cancer is back. She now needs $50,000 to appropriately treat the disease. Galicia hopes to find a way to contribute.

“It would be so fantastic to magically have $200,000 rain upon us so that I could give a portion of it to Markayla,” said Galicia.

The Orchid Foundation is small, but not out of choice. With additional funding, Galicia would also be able to expand its programs and educate more girls.

“It would be amazing to be able to have an impact on more lives,” said Galicia. “We are on a shoestring budget as it is, and I have a 40-person waitlist. Dollars are precious and they are very hard to come by.”