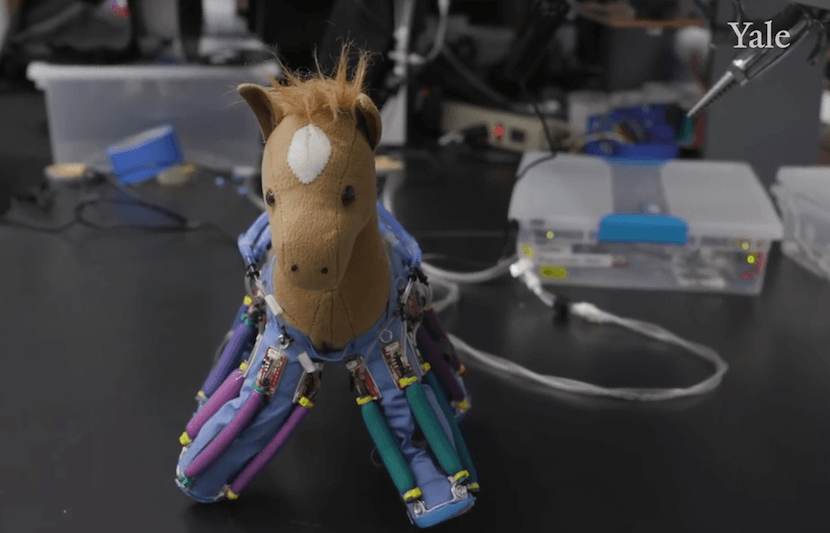 Now, imagine a flexible robot that could be reprogrammed to perform countless tasks. Better yet, a device that could be used to transform any old useless, inanimate object — your favorite stuffed animal, for example — into a fully functional robot.

It sounds like the stuff of science fiction, but a clever group of Yale University researchers is making it a reality.

Led by Rebecca Kramer-Bottiglio, an assistant professor of mechanical engineering & materials science, the research team has developed a programmable elastic material called “OmniSkins” that can be used to make a multipurpose robot on the fly.

These “robotic skins” are composed of elastic sheets embedded with sensors and actuators. They come in different shapes and sizes, and are modular, which means that they can be combined and arranged in various ways to fit different objects and perform different functions. 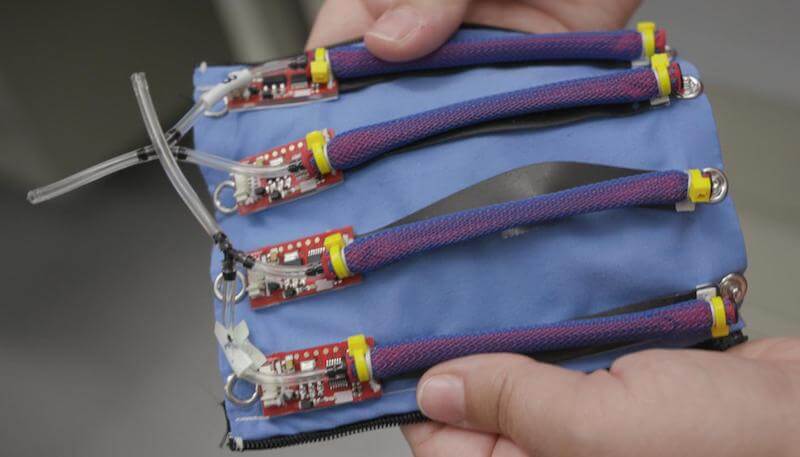 They are not designed to perform a specific task. Rather, they are designed with that rare characteristic, versatility, in mind. The idea is for the user to reprogram them to perform whatever task is required at the time, like a robotic swiss army knife.

“We can take skins and wrap them around one object to perform a task — locomotion, for example — and then take them off and put them on a different object to perform a different task, such as grasping and moving an object,” Kramer-Bottiglio said in a statement. “We can then take those same skins off that object and put them on a shirt to make an active wearable device.”

The researchers originally developed OmniSkin at the request of NASA, which was looking for soft robotics that could be used by astronauts, who face new, unpredictable challenges every day.

“The cost of sending multiple robots into space that perform multiple functions is very, very high,” Kramer-Bottiglio said in a video about the technology. “So we wanted to be able to create a technology that could apply to whatever objects might be available.”

With OmniSkins, it is easy to imagine future astronauts creating a robot at a moment’s notice, allowing them to navigate hard-to-reach places, or creating the perfect tool whenever a unique opportunity or challenge might arise.

The researchers created a series of prototypes that demonstrate just a few potential ways that the skins could be used: applied to a foam cylinder, the skins create a makeshift robotic arm that could potentially be applied to a planetary rover; applied to any old t-shirt, it creates a wearable device that can detect changes in the way someone is standing and thereby help correct posture; placed over the legs of a stuffed animal, and you have a four-legged robot.

The only requirement is that the object they are placed on is flexible, so that it can manipulate its movements. Beyond that, the possibilities are endless. It’s function is truly in the hands of the user.

“One of the main things I considered was the importance of multifunctionality, especially for deep exploration where the environment is unpredictable,” Kramer-Bottiglio said in a statement. “How do you prepare for the unknown unknowns?”