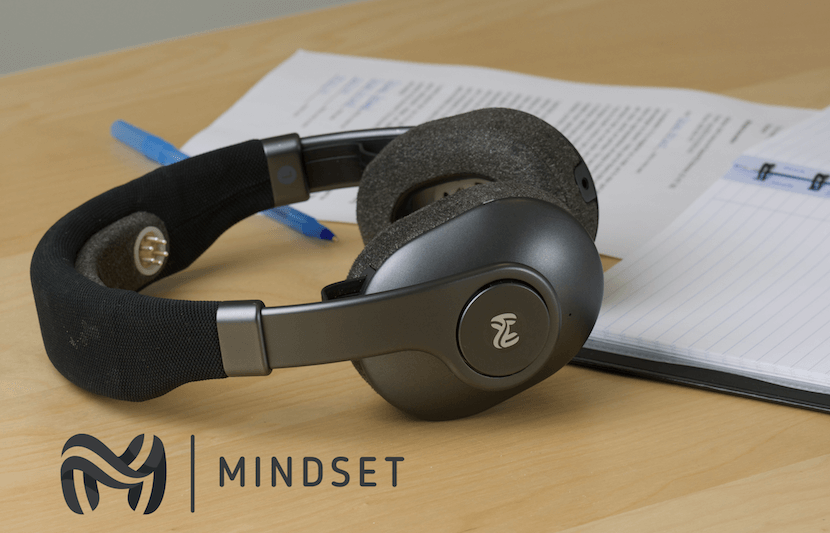 Students know how easy it is to lose focus while studying or sitting in class. With cell phones, social media and Netflix just one search away, staying concentrated is harder than ever before.

But a new pair of headphones, called “Mindset,” might be able to fix that. Along with being able to play your favorite tunes, Mindset headphones are designed to prevent outside distractions and train your brain to concentrate.

Over time, your brain will learn how to recognize distractions and tune them out on its own, according to Jacob Flood, the co-founder of Mindset. Which means, eventually, you shouldn’t even need the headphones.

“Really what it focuses on is improving your concentration — improving your ability to get into that deep flow state that you need in order to be able to absorb complex materials,” said Flood.

Mindset headphones are also designed to detect dips in attention that occur as a result of fatigue and to suggest exactly how long you brain needs to fully recover. And after just a few uses, Mindset can determine what your peak working hours are.

The inability to stay concentrated has become a pervasive issue on college campuses. So much so that, come exam time, many college students turn to attention deficit hyperactivity disorder (ADHD) medication to stay focused, whether they are prescribed the medicine or not.

One study of more than 10,000 college students found that more than half of students who were prescribed Adderall or other ADHD drug prescriptions — also referred to as “study drugs” — were asked to sell the medication to their friends.

Mindset may be able to curb some of that prescription drug abuse, Flood claims.

“It’s not lost on me the benefits that these drugs create,” Flood said. “There is a reason that students are taking it. It supercharges your ability to get in the right state of mind and to stay there for long hours in order to be able to consume the material you need to consume.”

But, ADHD drugs are not healthy. “It’s essentially — at its core — chemically identical to crystal meth,” Flood said.

“And so we’re really trying to tackle that problem at the source,” Flood continued. “We’re trying to say, instead of a patchwork solution like taking a drug for 12 hours to try to study better, what if we could just train your subconscious to favor that state of deep conversation intrinsically, so that you don’t even need the drug in the first place.”

It is noteworthy, however, that Mindset is not yet a medically-certified device. A Federal Drug Association (FDA) approval takes years. And although Flood said that seeking FDA approval would likely be one of Mindset’s future endeavours, it is not a priority. Right now, the company is just focused on getting the product on the market so consumers can use it and Mindset can improve it.

Neurofeedback — the technique used by Mindset headphones — has been used before to try to help people subdue their ADHD. But the results are mixed.

One study found that neurofeedback worked comparably well to Ritalin in improving students’ attention. Yet, a 2016 study concluded that there is not yet enough evidence to say neurofeedback can effectively treat ADHD. And the authors of a separate 2016 study wrote, “it is expensive, time-consuming and its benefits are not long-lasting.”

But, it’s important to remember that at the time of these studies, neurofeedback was not as easy as putting on a pair of headphones. While clinical testing can take dozens of hours and cost tens of thousands of dollars, these headphones will only cost you a few hundred dollars.

Right now, the headphones are only available for pre-order, but according to the team’s most recent blog post, mass production is right around the corner.

Eventually, Flood envisions Mindset headphones being something students may keep in their backpack while walking to the library, or something the typical worker may have sitting at his or her desk.

“I think that the ability to take control of your subconscious and to use it as a tool to further your education and improve yourself in that way is something that we are all seeking,” Flood said.