In 2015, the United Nations came together to draft the 2030 Agenda for Sustainable Development, a collection of 17 global goals and 169 targets that address social, economic and environmental issues. 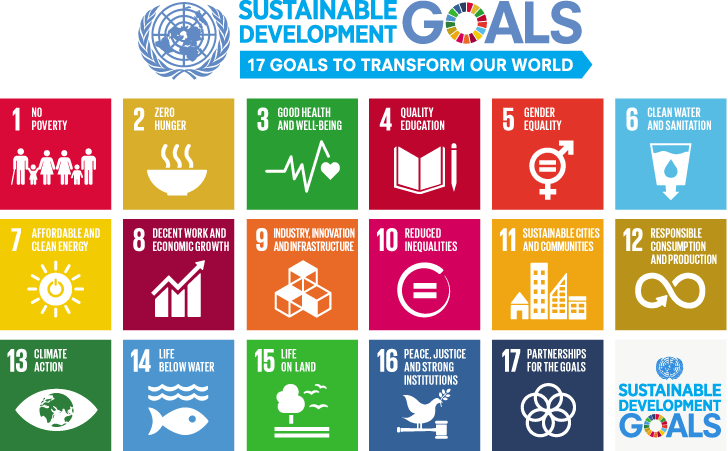 Dubbed the “Milano Group”, the meeting concluded that in order to achieve both the UN’s sustainable goals and the goals set aside by the Paris Agreement, there must be a broad transformation of global food systems.

Three years later, in 2018, the Milano Group released a statement urging countries to focus on this issue now more than ever:

“There can be no sustainable development without profound changes in food systems,” they wrote in a new article published in the journal Agronomy for Sustainable Development.

But, what exactly does that mean, and why is food so crucial to a sustainable future?

In this article, we’ll walk you through the growing concerns associated with current food systems and what we can do to change them.

The importance of food systems

Led by Patrick Caron, a researcher with the CIRAD, the French agricultural research and international cooperation organization, and chair of the United Nation’s High-Level Panel of Experts on Food Security and Nutrition, the article first highlights the importance of food systems on people, economies and the planet.

Since food systems link food security, nutrition, human health, the viability of ecosystems, climate change and social justice, the researchers propose that they should be at the forefront of discussions on sustainable development.

But, current food systems often focus too much on supply and economic affect — a practice that the researchers argue is unsustainable.

The problem with current food systems

According to the Consultant Group for International Agricultural Research (CGIAR), current food systems are inefficient, unsustainable and wasteful.

For example, feeding urban populations — from production, to transportation and storage — accounts for 20 to 30 percent of all greenhouse gas emissions.

Agriculture is also the largest contributor of non-CO2 greenhouse gas emissions, ranking in it at 56 percent.

Furthermore, current food systems take up an abundance of land, and are responsible for 75 percent of global deforestation.

But perhaps most shockingly, about one-third of all food in today’s food systems is lost or wasted.

Food waste occurs at shocking rates in every single country, and yet, the UN estimates that around one in 10 people in the world suffer from undernourishment and hunger.

In a recent study surveying European food waste, researchers found that European households generate 35.3 kilograms (77.8 pounds) of fresh fruit and vegetable waste per person per year. That equates to roughly 50 percent of all food wasted by EU households.

The study, which was conducted by the European Commission Joint Research Center, surveyed both unavoidable and avoidable waste. Unavoidable waste stems from food preparation or consumption that is not, and has never been, edible under normal circumstances, while avoidable waste is caused by throwing food that was, at some point, edible.

The research found that 12 percent of annual food waste is avoidable.

This is significant because, in Europe alone, around 88 million tons of food are wasted annually, with associated costs estimated at 143 billion euros.

In a different study published in the ACS journal Environmental Science and Technology, researchers found that reducing wasteful consumption patterns in urban settings could significantly cut back on a city’s carbon footprint.

Led by Eugene Mohareb, a lecturer in sustainable urban systems at The University of Reading in the UK, the study found that switching from fossil fuel-based electricity to carbon-free energy sources would slash food-related emissions by at least 18 percent.

Additionally, the researchers found that reducing retail and consumer food waste by half would decrease emissions by 11 percent, and replacing a quarter of total beef consumption with chicken would drop emissions by 6 percent.

The study comes at a time when an increasing number of U.S. cities are looking for ways to reduce greenhouse gas emissions.

Food waste isn’t the only issue with food systems. The global population also has a problem with land use.

For instance, in a recent study conducted by the University of Guelph in Canada, researchers found that if the global population adopted the U.S. Department of Agriculture’s (USDA) guidelines for diet, there wouldn’t be enough land to support it.

In other words, we are using more land for food production than we can handle.

“Many of our environmental problems are complex and inherently global in the sense that what we do as individuals and even societies affects not just us, but the entire planet,” said Madhur Anand, director of the Global Ecological Change and Sustainability lab where the study was undertaken.

The researchers found that, if the rest of the world were to adopt USDA guidelines, we would need to acquire one giga-hectare of additional land, roughly the size of Canada, to keep up with current farming practices.

“The data shows that we would require more land than what we have if we adopt these guidelines. It is unsustainable,” Anand said in a statement.

After analyzing data compiled from the UN’s Food and Agriculture Organization (FAO), the researchers concluded that there should be an international coordination of dietary guidelines since global land is so limited.

“This kind of research strengthens the fact that human health and ecosystem health are inextricably linked. There are many ways we can change our behaviour and our policies, and also direct future research directions based on this study,” Anand said.

“For example, individuals can make decisions (e.g., about what they consume) to try to decrease their environmental footprint. Governments can develop guidelines that take into account more than one planetary or social boundary (e.g., in this case, food and land use). And, future research could examine how alternate diets and new technologies could be applied globally to deal with these issues.”

The researchers are now investigating scenarios and models to better understand spatial availability between different nations and continents, and further looking into food groups and alternate diets that would be more globally sustainable.

Clearly, our current food systems represent a growing problem — one that researchers believe will harm humanity if things don’t start to change.

“We need to implement a comprehensive transformation in food systems, centring on different paradigms and models from those of the 20th century,” Caron said in a statement.

To do this, the Milano Group urges that food systems require a governance framework and processing on a global level; it is not enough to allow different countries have their own standards for food systems.

Instead, the group proposes that agriculture and food system policies should be aligned with the 2030 Agenda for Sustainable Development, outlining a comprehensive plan in four parts:

They describe this proposal as a strategic narrative to link climate, agriculture and food, that benefits both people and the planet.

“We need consistency between global actions for sustainable development and numerous local-level innovations,” Caron said in a statement.

Ultimately, the group hopes to implement transformations in the way we think about and conduct our food systems.

“After examining the links between sectors and the evolution of the role of agriculture for development, and building on the outcomes of the Milano Group’s discussions, we conclude that we need to implement a comprehensive transformation, moving beyond food supply as the basis for food systems,” said Caron.

Food systems and agriculture link the entire planet and account for the world’s main source of employment.

Investing in agriculture is considered twice as effective at alleviating poverty than investing in any other sector, and working toward more sustainable food systems will aid in ecosystem health, natural resource diversity and climate change.

It is no surprise then, that researchers around the world are calling for a comprehensive transformation of food systems to achieve a more sustainable future.