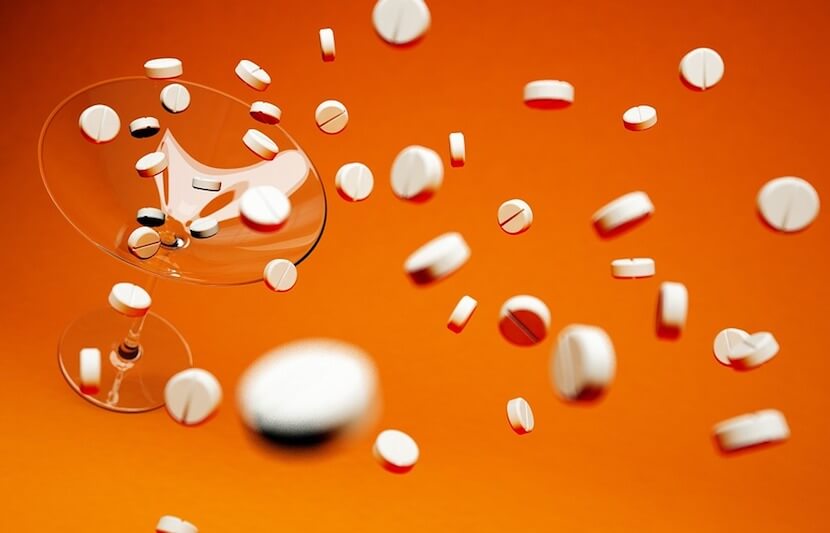 On average, opioids kill 130 people per day in the United States — over five people every hour.

Opioids and college students, however, aren’t often mentioned in the same breath. Primarily, the issue has been cast as a rural, lower-class epidemic.

Instead, college students are historically associated with alcohol, marijuana and ecstasy — the “party” drugs. And in relatively recent years, study enhancers, including Adderall, Vyvanse and other prescription drugs, have become a concern.

But that doesn’t mean students are safe from opioid addiction.

Although student overdoses are comparatively rare, non-medical opioid usage is highest in individuals between the ages of 18 and 25. According to the American College Health Association, 7-12 percent of college-aged people use opiods for recreation, and about 2-3 percent of them use heroin.

However, statistically, education does make a difference. Those with less education are more likely to develop a deadly dependence to opioids. But that doesn’t mean students should be ignored or considered immune.

Trends always have outliers. Anyone could fall victim to opioid addiction, including those in the midwestern city of Ann Arbor, Michigan.

“The opioid epidemic in our communities does not discriminate by race or socioeconomic status,” Rebecca Cunningham, associate vice president for research at the University of Michigan said in a statement. “I have seen firsthand that this medical illness affects everyone — rich, poor, rural, urban, educated and uneducated, young adolescents and elderly adults.”

Additionally, there is the concern of secondary exposure.

While, comparatively, students may be less likely to develop an addiction to opioids, they are still very much affected by the epidemic. Opioid addiction absorbs and kills their friends, family members and neighbors.

“Since the beginning of the opioid epidemic, public debate and prevention strategies have focused on the primary victims, misusers themselves, while surprisingly little attention has been paid to the burdens felt and experienced by those who are intimately or socially tied to them,” Jennifer Parker, an associate professor of sociology at Penn State Lehigh Valley, said in a statement.

As research institutions tasked with educating generations of people, and, in essence, molding society, colleges and universities have an obligation to keep recreational opioids off of their campuses and find solutions to help members of their communities.

Some higher education institutions have already begun to implement programs to address the opioid epidemic.

Ohio University (OU), which has been fighting opioid abuse in its community for some time, has many programs in place to encourage prevention and education. One program is Athens HOPE, a partnership between OU and local Athens, Ohio, community leaders geared to raise awareness and offer support to community members who personally are, or know someone who is, struggling with opioid addiction.

“I believe students are more effectively educated when they have an opportunity to engage in the world outside the walls of a classroom,” Randy Leite, the dean of OU’s College of Health Sciences and Professions, said in a statement. “There is no better way to educate students than introduce them to issues of critical importance to our state and our nation such as opioid abuse.”

The University of Wisconsin-Madison launched Competencies in Addiction Recovery Support (CARES), which is an online learning program geared to prepare professionals to become substance abuse counselors anywhere in the United States. It helps people develop the tools to make a lasting difference on someone’s life.

And with guidance from the American College Health Association, some community colleges have begun to implement programs.

In Maryland, more young adults die from heroin and prescription opioids than anything else. So as an answer, Carroll Community College started a response program, in which students are taught about the dangers of opioids and how to help someone experiencing an overdose.

Some universities, inspired by Bridgewater State University, have even started equipping campus buildings and dormitories with NARCAN, a drug that can save people who are experiencing an overdose. Other universities have made the life-saving drug available to all campus police.

The colleges and universities that have already implemented programs regarding opioid usage deserve credit, but efforts can’t stop here.

Clearly more programs and initiatives are needed, as opioids continue to kill and devastate families, friends and communities.

As institutions of higher education, colleges and universities have a responsibility to reach beyond their student body and assist those in their communities.