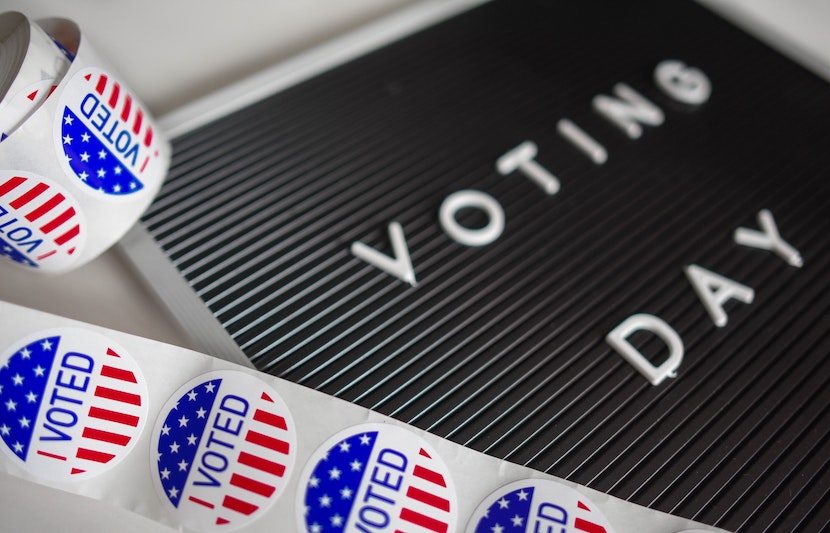 For President-elect Joe Biden to accomplish his goals during his first two years in office, he needs the Senate to turn blue. The likelihood of that happening could depend on Georgia’s youth voters, a group that swung heavily Democratic during the presidential election.

Currently, Republicans hold a 50-48 majority in the Senate (the two Independent Senators caucus with the Democrats), and the remaining two Senate seats will be decided in runoff elections in Georgia on January 5. The Georgia Senate seats are still undecided because of the state’s majority-vote requirement, which requires that a candidate must earn at least 50 percent of the vote to win an election. Because no candidate in either of Georgia’s two Senate races reached 50 percent during the November races, runoffs will be held.

In the presidential election, youth voters, classified as those between the ages of 18-29, were overwhelmingly blue. Nationally, 61 percent of youth voters cast their ballots for Joe Biden while 36 percent voted to re-elect President Trump. This trend was even more pronounced among young Black voters, 87 percent of whom voted for Biden, according to data from Tufts University’s Center for Information and Research on Civic Learning and Engagement (CIRCLE).

Similar numbers were seen in Georgia, where 57 percent of youths voted for Biden and 39 percent voted for Trump. Notably, Black youth voters also skewed heavily Democratic in Georgia, with 90 percent casting their ballots for Biden.

Youths turned out to vote at impressive rates during the 2020 election. Altogether, roughly 53 percent of American youths voted this year, compared with roughly 43 percent in 2016. In Georgia, voters below the age of 30 made up 21 percent of the state’s electorate, according to CIRCLE.

It was the youth vote that fueled Joe Biden’s run to flip the Peach State. According to CIRCLE, the youth electorate in Georgia gave Biden a net gain of 187,000 votes.

An estimated 23,000 17-year-olds in Georgia who weren’t old enough to vote during the 2020 election will turn 18 in time to vote in the runoffs. These individuals will be eligible to vote as long as they register by December 7, according to The Civics Center, a nonprofit that encourages youth civic engagement.

With these extra voters, youths in Georgia do, in fact, have the numbers to turn the Senate blue, said Edward Aguilar, CEO of Students for 2020, a progressive nonprofit organization advocating for youth civic engagement. That won’t happen, though, unless some young Republicans change their minds and decide to vote for the Democratic challengers.

“There are enough young voters to turn Georgia blue,” said Aguilar, a high school student in Georgia. “The problem is that they aren’t voting for the right side in order for that to happen right now.”

Students for 2020 and organizations like it have a number of tools online to help youths sign up to vote. But, according to Aguilar, registering new voters isn’t enough. In order for Georgia to send two Democrats to the Senate, 120,000 new youth voters would have to register to vote in the state, which is a nearly impossible feat.

For that reason, Aguilar and his group spend a significant amount of time trying to do the unthinkable — convince voters to switch party lines.

“As you can imagine, convincing someone that their original candidate is wrong is a very, very hard thing to do,” said Aguilar. “But, we saw in the 2020 election that this is possible. There were massive coalitions across the country of Republicans for Biden and Republicans for a number of Democratic candidates for Congress.”

Aguilar and his teammates at Students for 2020 have been engaging in “deep canvassing.” While a normal canvasser might ring 100 doorbells or make 100 calls a day, deep canvassers only hit five or six, Aguilar explained. But, instead of dropping off a pamphlet or reciting a two-minute pitch on the telephone, deep canvassers engage in 30-45 minutes of conversations with voters.

“We’ve been raising a massive army of volunteers who are willing to call people and reach out to people online and have these long-form debates and conversations,” said Aguilar.

Another organization working extra hard to increase voter turnout for the January Senate races is the New Georgia Project, a nonprofit co-founded in 2014 by Stacey Abrams, the former Democratic candidate for governor in Georgia, who is largely credited with starting the blue wave in the Peach State. At this point, however, the nonprofit is led by Nsé Ufot, a civic engagement activist in Georgia.

When the COVID-19 pandemic hit, the New Georgia Project was forced to go primarily virtual. However, the organization didn’t let the road bump didn’t slow them down. Leading up to the general election, the New Georgia Project livestreamed two events on the gaming platform Twitch. With the first event, the nonprofit was able to register 9,000 voters in a single day, according to Time. The second event featured live performances and guest appearances and drew half-a-million viewers. Among the special guests were Beyoncé’s mom Tina Knowles and astronaut Mae Jemison, the first Black woman in space.

Since the general election, the New Georgia Project has shifted its efforts to the runoffs. Already, the group has begun to organize livestream events to inform activists both in and outside of Georgia about how they can help register voters before the December 7 deadline.

Largely due to efforts from nonprofit civic engagement organizations like Students for 2020, the New Georgia Project and others, Georgia has experienced the highest increase in youth voter registration since 2016.

Turnout in the general election was promising for Democrats. To flip the Senate, however, activists are urging for more youth to register before the January 5 runoff elections.

“With a record turnout by young people in the general election, now is the time for all high school seniors and recent graduates to register to vote if they will be 18 by the runoff election on January 5, 2021,” Laura W. Brill, the founder of The Civics Center, wrote in a blog post.