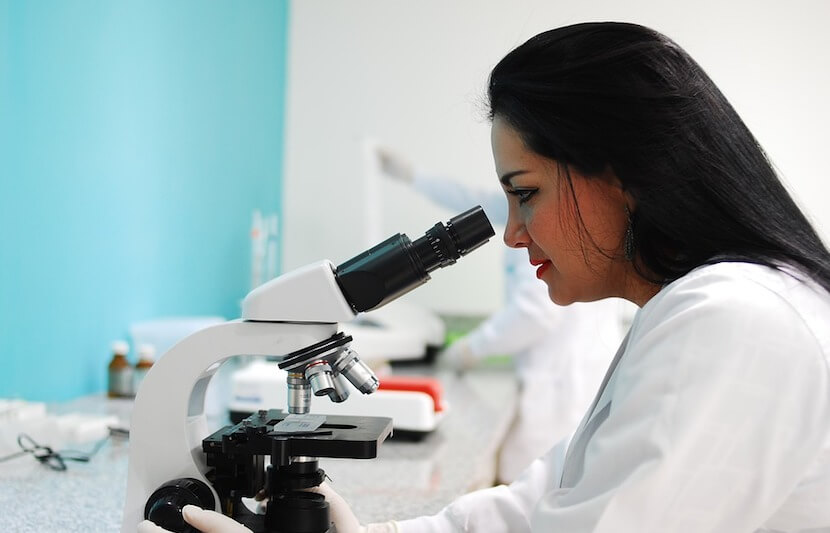 Gender inequality in the workforce continues to be an issue around the world, and a new report by a group of international female scientists highlights the barriers that women often encounter in male-dominated STEM fields.

The researchers, as a part of the networking committee Women in Coastal Geoscience and Engineering (WICGE), analyzed gender representation on the boards and committees of nine societies, 25 journals and 10 conferences, and launched a global survey of 314 international men and women.

The report examines the various issues that women are faced with — from harassment to stereotypes and rejection — and offers seven solutions for female equality and representation in science.

The research is published in the journal Palgrave Communications.

The WICGE began informally when lead author Ana Vila-Concejo, a co-leader of the University of Sydney’s Geocoastal Research Group and deputy director of the One Tree Island research station on Australia’s Great Barrier Reef, began talking with other women in her field.

Vila-Concejo has been working within Coastal Geoscience for 20 years, and has continuously been told “how lucky” she is to be a woman in the field while things are changing — but as time went on, she noticed things weren’t changing for women at all.

So, in March 2016, when she became the first woman to chair the International Coastal Symposium, she used the opportunity to launch the WICGE network and start gathering data through an online international survey.

“The survey remained open online for some time. And we decided to prepare a paper showing a snapshot of gender equity in CGE in 2016,” she said. “All 13 authors worked hard analyzing data from societies, conferences and journals. We wanted to present a snapshot, but we wanted to be constructive.”

The WICGE spans across Australia, New Zealand, Ireland, France, the UK, Mexico and Spain, and the authors worked to collect primary data from nine coastal societies across various regions.

Vila-Concejo and her team found that while women represent one-third of the international CGE community, only about 15 percent hold prestigious roles such as journal editorial and board members. Only 18 percent hold roles as conference organizers.

Of the 314 people surveyed (34 percent male, 65 percent female, 1 percent other), 81 percent perceived the lack of female role models as a prominent issue for gender equity.

Additionally, 47 percent of females reported feeling held back in their career because of gender equity, as opposed to only 9 percent of males.

They also found that female underrepresentation is less prominent when the path to prestigious roles is clearly outlined.

In other words, there is less underrepresentation when females can self-nominate or volunteer for various roles, rather than waiting to “be invited” by colleagues.

In the survey section, the researchers received poignant, and often emotional, responses from women about the various gender-based challenges holding them back from success.

Those major setbacks include:

In many cases, Vila-Concejo said, the responses were so intense that she and her fellow researchers had to hold back tears.

“The most shocking is one that is stated in the paper where an early career researcher decided on a pregnancy termination not to jeopardise her career opportunities; but there were many others, there were women that were not allowed to go to the field because it was not a woman’s place,” she said. “I have also seen female colleagues being undermined on a daily basis, some of them quite close to me.”

Vila-Concejo recalled many moments where she herself was discriminated against. When she was on maternity leave, she remembers “being forgotten” and excluded from projects when research opportunities arose.

“I also get comments about how good I am doing fieldwork as a woman … well, I would be flattered if you hadn’t added the ‘as a woman’ in the end,” she continued.

How can we solve this issue?

Though the researchers intended to present a thorough report of gender inequality in CGE, they didn’t just want to present the negatives.

They proposed a seven-step process to improve the situation:

In their paper, the researchers expressed that these steps can be implemented by ensuring that education remains unbiased at all levels, building transparency in hiring and promotion of prestigious roles, and establishing mentoring programs for females in CGE.

WICGE is comprised of 270 international members, and has been promoting gender equality in STEM since 2016, Vila-Concejo explained.

“We do not make much noise, we do not name and shame as we think that most times discrimination is not intentional, it is just a consequence of the culture. So we need to change the culture, we have been implementing as much of the seven steps as possible,” she said.

For instance, WICGE has contacted several conferences after realizing they only had male keynote speakers, and arranged offers to find suitable female speakers instead.

“In our experience, all conference organisers have been receptive and accepted our offer of help. We have also given awards to early career female researchers and we plan to do more,” said Vila-Concejo.

As for research, Vila-Concejo said that they plan to repeat the study in five or 10 years to see how much things have advanced. However, due to the volunteer nature of the group, WICGE is currently seeking sponsorship to help with future projects.

“Our research proposes seven steps that can (should) be implemented towards achieving gender equity. Some of them can be implemented by all of us from now on; others need institutional change and will need more time,” she said.